For a while I thought they were merely risible, these aging movie stars playing with guns – Denzel Washington in The Equalizer (2014); Liam Neeson and Ed Harris in Run All Night, which opens today; Sean Penn in The Gunman, arriving next week; and their ilk. Each actor is fighting hard to stay relevant in our action-hero era. Each character is a grizzled ex-warrior who wants to put his guilty, violent past behind him, but is pulled back into action to wreak some final spasms of havoc. They drop and roll and maim and maraud and never miss their targets, while the legions of supposed sharpshooters they mow down can't even ding them. Their jawlines may be softening, they may have crow's feet from all that glowering, but their tools are still made of steel, as they prove in their version of the money shot: the spray of blood and brains as they blow the bad guys away.

But like all pornographic things, the action in these movies soon grows repetitive, and the mayhem needs to become increasingly baroque to get these heroes off. The Equalizer features murders by corkscrew and barbed wire. Penn shoots off the back of a guy's head while they're nose to nose; other victims are gored or chopped into pieces. Neeson picks off patrons in a bar like they're ducks in a shooting gallery; Harris jabs a knife into a guy's back as if he's chopping ice.

The more films like this I see, the more they disturb me. It's not simply that their stereotypes and solutions are so bankrupt they're almost existential, like Waiting for Godot with Glocks: the damaged loner and the hooker/ex-girlfriend/estranged child he must save circling each other in an unceasing urban wasteland. It's not only that they waste millions of dollars wasting dozens of henchmen, crashing cars and smashing through storefronts, sending their heroes careering from Congo to Barcelona to Queens, just so they can punch their nemeses in the head. And it's not merely that I lament that, as makeup and special effects become more sophisticated, the stories they service get thinner and thinner.

No, I'm actually beginning to feel that these movies are morally reprehensible: Do these stars really need to pop ammo like Viagra to feel vital? Will the video-game generation only go to see them if the filmmakers push the violence past senseless to deplorable? Is this really the definition of manhood we want?

So I'm especially grateful to the new film '71, also opening today, for being an antidote to the above. It's every bit an action movie, a nail-biter of a chase as a green British soldier (Jack O'Connell, who also starred in Unbroken) tries to stay alive on the wrong side of Belfast through one gruelling night during the Troubles in the title year. There's violence aplenty, but here, it's necessary and meaningful.

Its director, Yann Demange, a veteran of British TV making his feature debut, is familiar with the notion of tribal conflict: Born in Paris, he was raised in London by an Algerian father and French mother. This story, he says in a phone interview, "transcended the specificity of the Troubles; it has a universality. It could be about Iraq, Afghanistan, Ukraine. It's about tribalism and human behaviour, about the shades of grey in any conflict, and the human cost at the centre of it. I wasn't comfortable just bashing one side against the other. I wanted to humanize it. I wanted to do something where you felt it."

Demange admits he's "indulged in cinematic cool" in the past. But doing research for '71 in Belfast, he met people who'd been involved on all sides of the Troubles – paramilitary fighters, victims. "They're now jovial granddads in the last act of their lives, but you see how haunted they are when they talk about it," Demange says. "I knew I couldn't exploit their very recent painful history. I knew it couldn't have a toe-tapping coolness for the sake of commerce. That would be absolutely unethical. The violence here has to shock you. The extinguishing of every life has to matter."

Gary, the lead character in '71, is tricky: Tough yet naive, he spends most of the movie reacting rather than driving the action. Demange went straight to O'Connell, a working class Irish Catholic kid from Derby, in central England, who exuded a laddish charisma in films (This Is England) and on TV (Skins). "Jack still had that look in his eye where he hadn't figured things out, he was working out his place in the world," Demange says. "He's experienced loss and pain – his father had died three years prior, and he takes care of his mother and younger sister. He's trying to figure out what kind of man he wants to be. He was exactly what I needed Gary to be, rather than someone doing a rendition of it through technique. I ran into him recently, and he's changed, he's matured. I caught him at the right time."

O'Connell 24, who won this year's British Academy of Film and Television Arts Rising Star award, and appears in such diverse projects as 300: Rise of an Empire and the upcoming Tulip Fever, opposite Judi Dench, had much in common with Gary. Restless in school, he got into petty trouble, which escalated when he was 18 after his dad died (frighteningly quickly, of pancreatic cancer). "I guess I didn't like being pigeonholed and moulded into a profitable human," he told me in a separate phone interview. His accent is thick; most of his answers are short, but suddenly he'll disgorge paragraphs in clots. "I didn't want to be 'the same as.' I wanted an actual education, not just stuff that would make me profitable to a corporation. The irony is that since I've left school, I've really enjoyed educating myself on the same things they were trying to educate me on."

O'Connell's grandfather played professional soccer, and he hoped to as well, but was sidelined by injury. He toyed with joining the army, but had also done some acting, "based on the fact that girls liked it," he says. It wasn't until he was making '71, at age 21, that he learned of his family's history with the Troubles: A great-grandfather in Kerry housed Irish Republican fighters on his farm; British authorities arrived to interrogate him, and when he wouldn't co-operate, they killed several of his horses before putting a bullet in his head. "So I had to try to erase some things from my point of view, because it wasn't Gary's," O'Connell says. "But we made the movie to give people on the ground level a voice. You realize there are exploitations on both sides."

"Much as I love Die Hard, Jack knew he could never have the Bruce Willis moment," Demange says. "Gary can't say, 'Enough's enough, now I fight back.' He couldn't take the easy way out. If he gets cornered and has to take a life, we needed to show how it genuinely looks and feels, and what it means. We had to show that the repercussions of every life lost are big, that there's an emotional toll. You can't be flippant about these things, you just can't be."

In the midst of '71's fleet tension, a character Gary encounters delivers the most damningly accurate definition of war I've ever heard. I can't quote it verbatim, since it uses the popular British slang for female genitalia, so I've substituted the word "men": "Posh men telling thick men to kill poor men." To hear something like that in an action film – something that makes you choke on your Coke, that expands your way of thinking; something that makes you feel complicit and discomfited, instead of lulling you with familiar tropes of good and evil that make you feel better – that's the real cinematic thrill. 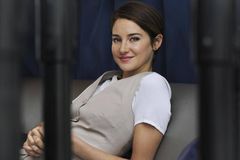 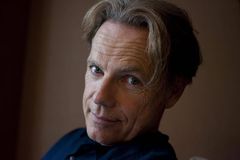 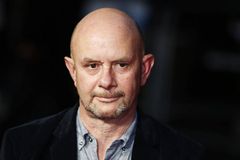 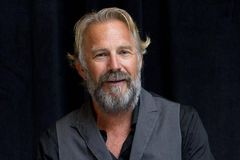