Reviewing Chinatown, and its black conclusion – which isn't worth spoiling here – Pauline Kael wrote that director Roman Polanski "seals the picture with his gargoyle grin."

She was referring to the fact that Polanski had altered the screenplay, which had originally wound up on a more ambivalent note. Convinced that none of his characters should escape the story's intrigue scot-free, the director scripted a new finale just days before rolling camera. The result was one of the great downbeat endings of seventies cinema, with the helpless private-dick hero Jake Gittes (Jack Nicholson) being told to just suck it up in the throes of grief: "Forget it, Jake – it's Chinatown."

That line, one of the most quoted pieces of movie dialogue, refers to the rampant corruption and moral decay of the story's Depression-era Los Angeles. It could be said, though, that all of Polanski's best films are set in a version of "Chinatown" – in the place where idealism goes to die.

Polanski's newest film, which opens in December, is as bleak as the rest of his oeuvre. Adapted from Yasmina Reza's award-winning play, Carnage is about two bickering couples going at each others' throats over a dispute between their children. The characters (played by Kate Winslet, Christoph Waltz, Jodie Foster and John C. Reilly) are all deeply flawed, bordering on rotten. But unlike Chinatown, this is unmistakably a comedy. As he approaches his 80s, Polanski has gone from a creator of genuinely disturbing psychodramas to a master of gently malevolent farce – a subtle and telling shift that reflects the tragedy and absurdity of his life off screen.

And make no mistake, few filmmakers have had their work analyzed through the lens of autobiography as consistently as Polanski. Perhaps, as an upcoming retrospective at TIFF Bell Lightbox reveals, that's because he's an artist with an uncanny ability to cloak private feelings inside unnerving entertainments.

The expertly rendered claustrophobia of his 1962 debut, Knife in the Water, for example, set below deck on a small sailboat, has been attributed to the director's experiences in hiding as a child during the German occupation of Poland in the Second World War: Separated from his parents in the Krakow ghetto, he eked out a tenuous existence, living in constant fear of being discovered. Likewise the terror of intrusion underwriting 1965's Repulsion, with Catherine Deneuve as a troubled young woman holed up in her apartment, or the 1968 classic Rosemary's Baby, where helpful neighbours next door turn out to be agents of Satan.

Rosemary's Baby was a huge hit and made its Polish expatriate director the toast of swinging Hollywood. But when his wife, Sharon Tate, was murdered a year later by the Manson family, the occult aspect of her killing swung the tabloids into a life-imitates-art frenzy: Surely the strange filmmaker who had made the uncanny seem so scarily plausible had had it coming.

Devastated, Polanski soldiered on and channelled his grief into his work. His bloody 1971 adaptation of Macbeth was a howl of grief, and once he got done tweaking Chinatown, it became a tragedy in which the hero arrives too late to save the woman he loves.

The ensuing decade would make Polanski even more of a household name due to a sexual-assault charge levied in 1977 by a minor in Los Angeles. Afraid that he was being set up for a harsher-than-necessary verdict, Polanski fled to France and continued his career in exile, each new film attended by a predictable debate about whether to judge the art or the artist. In the 1980s and 90s, the films were of variable quality and so Polanski remained a punchline. But with 2002's unmistakably autobiographical The Pianist, which won three Oscars, the balance swung in the other direction.

TIFF isn't showing The Pianist, but it has made room for 2010's The Ghost Writer, a contemporary spin on the paranoid-noir manoeuvres of Chinatown with a similarly audacious, hopeless climax.

The final shot, which ranks up there with any of Polanski's unhappy endings, is an indelible and very contemporary image of truth scattered to the wind. In it, you can see the director with that old gargoyle grin, smiling from ear to ear. 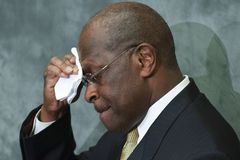 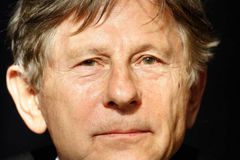 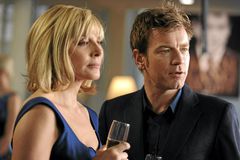