A father is talking of his first-born son, and ominously using the past tense. Home movies show Tyler as a smiling child, but the smile disappeared as he grew older, a change prompted by hurled taunts and by his head getting regularly smashed on school lockers. In close-up now, the grieving father addresses the camera to deliver the inevitably tragic report: At the tender age of 17, Tyler hung himself in his bedroom closet.

So begins Bully, a documentary that tackles this headline-heavy topic by mixing moments of raw emotional power with intervals of somewhat suspect manipulation. Most of the power comes from a single source. Director Lee Hirsch and his camera spent a year in the corridors and on the buses of a middle school in Sioux City, Iowa. There we meet Alex who, at 12, already has us worried: He just might be a Tyler in the making. The boy is charming, and the man we hope he'll become will be splendid. But right now, his glasses, his oval mouth, his thick lips render him an easy target. "People call me fish-face. I don't mind", he insists, only to confess later, "I feel like I belong somewhere else".

Intermittently, Hirsch strays from Alex to other small towns in the U.S., and to other young victims of bullying. Kelby is a 16-year old lesbian who, living in the Oklahoma Bible Belt, has been ostracized along with her family by virtually everyone in the community, and who gets routinely humiliated even by her teachers. Having survived three suicide attempts, Kelby has found sanctuary in a small circle of tolerant friends, and proves herself by far the wisest of the film's talking-heads. She speaks of her plight with astonishing maturity.

Over in Yazoo County, Mississippi, 14-year old Ja'Maya, broken by the school bus bullies, waved her mother's loaded handgun at her tormentors. For that desperate act, she was charged with multiple felony counts and jailed in a juvenile detention centre. Then the setting shifts back to Tyler's house in Georgia, where his numbed mother walks us through the scene of the tragedy into the very closet itself. That's when a line gets crossed. This feels manipulative – of the audience but, more important, of the parent too.

So we yearn to return to Alex, and the all-seeing eye of that year-long camera, whose presence the other kids learned to ignore. There he is on this school bus (apparently a breeding ground for bullying), sitting down beside a bulky older kid who barks: "I'm gonna fuck you up. Know what I'm saying?" Alex laughs in defence, trying to convince himself that such guys are "just messing around." His mom worries that "he doesn't share a lot with me"; his dad just seems perplexed and ineffectual. But the camera witnesses what they can't and, "due to escalating danger to Alex," the director becomes an active force in his own documentary. He chooses to show the footage to the school authorities. And they do precious little.

Indeed, like all bureaucracies, the educational version is a bit of a bully itself. In Sioux City at least, the official response to bullying is to recognize its existence but to deny it's an "overwhelming issue," and retreat behind the comforting bromide that "kids will be kids." And administrators will be administrators. Like the assistant principal at Alex's school, a middle-aged woman who's affable and caring and smiling and almost blindly obtuse. Dealing with a recess skirmish, she errs on the side of even-handedness, treating the victim no better than the villain. Presented with Alex's dilemma, and that tell-tale footage, she sympathizes theatrically but only to conclude: "We can put him on another bus."

Bully leaves Alex on the last day of the term, with his backpack ripped and his fate up in the air. Now we're even more worried for him. Most likely, when school starts again, that smiling woman will still be the assistant principal and the vulnerable boy will still be a double target – not just for his peers' calculated malice but, even more sadly, for his elders' well-meaning ignorance. 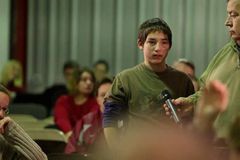 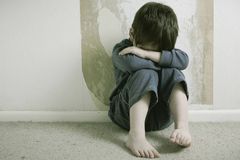 The best defence against bullying
May 8, 2018 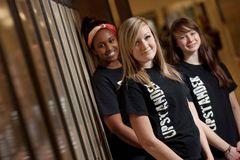