The day before this year's Canadian Screen Awards nominations were released, the young actor Jahmil French went to buy a movie poster. He was finally going to get a poster of Training Day, his favourite movie of all time. The next day, French found out he had been nominated for best performance by an actor in a supporting role for his work in Boost, a new film about two immigrant teenagers caught up in a car-theft ring in Montreal. Right there alongside him was Ethan Hawke, who was nominated in the same category for a different film.

"I'm like, what are the chances that I just put a poster of him and Denzel Washington up on the wall to honour my ambition and my infatuation and the next day I'm in the same category as him?" says French, who was born and raised in the Toronto suburb of Scarborough.

Boost marks a major milestone for French and his co-star Nabil Rajo, who was born in Eritrea and raised in Scarborough. Both actors have extensive television credits to their names, including five years on Degrassi: The Next Generation for French and parts on Rookie Blue and Suits for Rajo. It is the feature-film debut for them both, and it could not be a better showcase for their talents. Their performances subtly register the pressures of children of immigrants not to disappoint their families, as well as the yearnings every teenager has to be carefree.

"It's a highlight of my life, to be honest," says Rajo, who has been nominated in the best performance by an actor in a leading role category. "The respect and the recognition means the world."

At 26 years old, Rajo may at first seem too old to play a high-school student. But in Boost, written and directed by Darren Curtis, he convincingly portrays a shy, nervous teenager wanting to do well in school and live up to his mother's expectations on the one hand, while on the other chasing girls and taking risks with his rebellious best friend.

"I could see bits of myself in this character," Rajo says. "Taking care of the family. Wanting to make the family proud, putting them first."

Of course, growing up, Rajo hardly had to deal with the intense pressure his character is under throughout the film.

Although he only began acting five years ago, Rajo has landed parts in TV movies, shorts and several TV shows.

"It was something that was always in me. I've always thought about acting," he says. "But I've never seen anyone like me on TV. Denzel is Denzel, but I'm east African. I'm Eritrean. I was like, there's no east African artist out here that I could be like, 'wow, they're doing it, they're successful.' So I was very hesitant."

For French, playing the role of Anthony (A-Mac) Macdonald in Boost seems like a natural fit. In person, he exudes the sort of charm and charisma that could easily sway you into getting into some trouble.

"I like to believe that above all things I was a very passionate kid." he says of what he was like as a teenager. "I wear my heart on my sleeve. I'm very ambitious, I'm very curious and I'm passionate about life."

After landing his first role nearly a decade ago on Flashpoint, French scored the part of Dave Turner on Degrassi: The Next Generation, a role he played from 2009 to 2013.

"I grew up on the show to some degree. As an individual and as an artist it was just the perfect environment for which to learn," he says. "It taught me first degree what it really means to be professional."

French was nominated for best performance in a children's or youth program or series at the Canadian Screen Awards for his work on the show in 2013.

He and Rajo will both attend the awards ceremony later this month in Toronto. Being nominated in separate categories makes it that much easier to root for one another. Win or lose, what they want most is for people to see Boost and to keep challenging themselves as actors.

No matter what, they are enjoying this moment. "It's a really good time right now," Rajo says. 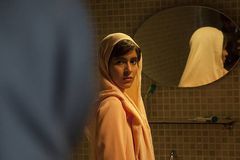 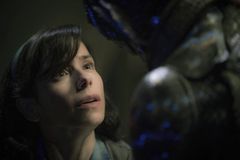 For Canadian film community, Rebeccah Love’s Acres is the place to be
Subscriber content
January 8, 2018 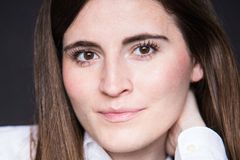