It isn't easy, running an arts awards organization in Canada. Lean too heavily toward mainstream fare, and you risk valuing populism over artistic integrity. Go in the opposite direction, and there's the chance of alienating viewers with charges of elitism.

Since its inception in 2013, the film-, television- and digital-media-focused Canadian Screen Awards have toggled back and forth between these two extremes, never landing in the sweet spot that might certify the event as the Oscar-Emmys-Digital-Whatevers of Canada. Yet with this year's slate of nominees, the CSAs inch closer to choosing a side.

As unveiled Tuesday morning in Toronto, the 2018 CSA film nominees mostly focus on independent art. Of the seven Canadian movies up for best picture, only Maudie could be dubbed a mainstream production, thanks to stars Sally Hawkins and Ethan Hawke. But even that is a generous description, considering the drama is a quiet biopic of Nova Scotian folk artist Maud Lewis, and it barely cracked $2.8-million at the Canadian box office.

The other nominees – Ava; The Breadwinner; Never Steady, Never Still; and the Quebecois offerings C'est le coeur qui meurt en dernier; Les Afames; and La petite fille qui aimait trop les allumettes – are as foreign to the average Canadian moviegoer as the CSAs are to TMZ.

Which is exactly what the CSAs should be working toward. It would be easy for the awards, administered by the Academy of Canadian Cinema & Television, to lavish attention on commercial movies like Bon Cop, Bad Cop 2 (the country's second-highest-grossing film of 2017, with just over $7-million), Goon: Last of the Enforcers or The Man Who Invented Christmas – works that, more or less, are indistinguishable from Hollywood product. And in the past, the CSAs have done just that, in 2016 lauding Brooklyn and Room, Canadian co-productions that just happened to be Oscar favourites, too.

Yet trying to compete with the Academy Awards is a futile exercise – and it's safe to say we've already heard as much about Bon Cop, Bad Cop 2 as is medically advisable. If the CSAs exist, why not solely focus on spotlighting work that would otherwise die in the darkness?

Ava seems a prime example of this line of thinking. The tiny film – a co-production between Canada, Iran and Qatar – made its world premiere to strong reviews at this past September's Toronto International Film Festival, and is now up for eight CSAs, including best picture, best director for Sadaf Foroughi, and best actress for Mahour Jabbari. Yet despite Ava 's push from TIFF – including programming it in its current Canada's Top Ten festival – and a blip of media attention for all the wrong reasons – Iranian actress Jabbari and her co-star Shayesteh Sajadi were denied travel visas to attend TIFF after applying through Canada's embassy in Turkey – it is a film that can too easily slip through the market's cracks. If the CSAs can provide even a small measure of exposure, there's all the better chance audiences hungry for quality cinema can discover a wonderful, underseen work.

Unfortunately, there's a Catch-22 with this strategy: How do you get people excited about films that they've not only never heard of, but films they've never even had the chance to hear of in the first place? Ava and Never Steady, Never Still (which also earned eight nods) have yet to open theatrically in Canada, while the three French-language best picture nominees barely escaped Quebec's borders. (Films are eligible for the CSAs if they played one consecutive week of screenings in a commercial theatre, or have been accepted into at least two ACCT-approved Canadian film festivals, with a pledge of theatrical release to occur before March 11, 2018.)

This might explain why some of the Canadian movies you actually heard about in 2017 – critically acclaimed dramas like Werewolf, Weirdos and Hello Destroyer – are absent from the 2018 CSA nominations: they were already feted at last year's awards.

This eligibility quirk doesn't explain, though, the number of puzzling snubs on this year's slate. Where, for instance, is the love for Sundowners or Dim the Fluorescents, two of the best comedies – Canadian or otherwise – of 2017? Sarah Kolasky and Adam Garnet Jones's Great Great Great earned one nod, for best original screenplay, but deserved a boatload of others. A Better Man, one of last year's sharpest documentaries was also ignored, shut out of the doc category. And one of 2017's best Canadian films, documentary or otherwise, Sofia Bohdanowicz's doc Maison du bonheur, also didn't appear on the CSA list – though perhaps only because producers decided they couldn't afford the $720 entry fee, an issue that Bohdanowicz says the ACCT is working toward fixing. These films are all arriving as part of a fierce, status-quo-be-damned wave of emerging Canadian filmmakers, and their absence is disheartening. (Perhaps to compensate, the CSAs have carved out a small space for such voices with the John Dunning Discovery Award. Now in its second year, the prize focuses on micro-budget productions, with this year's nominees being Black Cop, The Devout and the beguiling Wexford Plaza.)

Still, as long as the CSAs don't devolve to a duel between, say, two Canadian sequels or two sort-of-Canadian-but-not-really movies, the organization is moving in the right direction. Slowly and cautiously, sure – but that's the Canadian way. 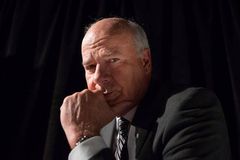 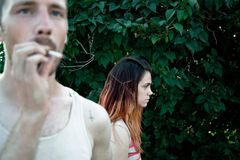