Carl Bessai doesn't know much about being a son to a father, at least not firsthand; his father died from a brain tumour when Carl was 4. But the Vancouver-based film director certainly knows his stuff about father-son relationships from the other side of the equation; he has three sons, aged 11, 14 and 16 (and a three-year old daughter).

"The struggle to figure out how to be a father and what the dynamics are is with you every single day," Bessai said this week. "Especially as I'm now kind of entering into that heavy teenaged phase. When they're younger, you're a hero; you're this guy who's awesome and can do no wrong. And then you get to a phase where they start to pull away."

The consequences of that pulling away play a major role in Bessai's new film, Fathers&Sons, which in four separate stories examines the relationship between fathers and their middle-aged sons.

The film is the offspring, one might say, of his 2008 film Mothers&Daughters, a bare-bones-budget project that was named most popular Canadian film at the Vancouver International Film Festival that year. The approach for Fathers&Sons was similar: Bessai invited a group of actors to weekly meetings to discuss the project and the issues at the heart of it. He came up with a script outline, and the actors improvised their scenes based on his instructions. Together they created the characters, often mining their own lives in the process.

"I always bring my baggage to the table, to the discussion about what the story is," said Bessai, 45. "But in this case my collaborators were the actors. So there's basically 12 men whose bits and pieces of their personal life ebb and flow into these stories."

Ben Ratner, also 45, plays Bernie, a teacher whose mother has just died. "I drew a lot of material for Fathers&Sons based on having lost a family member not too long ago," he said. "My brother passed away a few years ago, so the idea of a funeral was very fresh in my head."

Bernie's story is set on the day of his mother's funeral. Graveside, he meets his father (Jay Brazeau) for the first time.

In the other stories, a choreographer's son is confronted Bollywood-style with his father's homosexuality; a man visits his father for the first time in seven years to find he's given away his fortune to build a community centre; and a just-dead professor reaches out from the grave with one last lesson for his four sons. This is the story to which Bessai has the strongest personal connection; he comes from a family of four brothers. (A fifth story, starring Lorne Cardinal and Gordon Tootoosis, was cut; Bessai felt it was too serious and earnest.)

It's another supremely low-budget production: $20,000 (plus in-kind costs). Still, it's almost double the initial $12,000 budget for Mothers&Daughters.

" Mothers&Daughters was a real surprise. I didn't really know what I was doing; I was just kind of making a lot of stuff up. It was extremely minimalist, this little no-money movie, and if it didn't turn out, that was okay. But it was remarkable how enthusiastic the audience was for it and because of that, there was a little more pressure on Fathers&Sons."

The film marks the final big screen performance by Babz Chula, who plays Bernie's aunt. Chula, a beloved Vancouver actor, died of cancer in May, eight years after her initial diagnosis.

"She shot Father&Sons before her last great run of treatment and misery," says Bessai. "But she had the energy for it and the desire to do it and the will. The thing about Babz was she could have been sick as a dog, but as soon as she was in the scene, she just always seemed to kind of come alive."

It was Chula who planted the seed for the whole Mothers&Daughers/Fathers&Sons project. She and Bessai were taking a walk in Toronto during the film festival in 2007, bemoaning the lack of good roles for older actors. Weeks later, when Bessai won a $12,000 prize at VIFF for his film Normal, he remembered that conversation.

"Babz was the spirit of me doing these things. Honestly."

Fathers&Sons will open the Canadian Images program at VIFF; a first for Bessai, who can now count 10 films at the festival.

"It's the right time for the Vancouver Film Festival to give him this honour because he's the guy who's there year after year," said Ratner. "This year he's there with two films. You know, if you can make a film every five years in this country, you're a director. If you can make a film every two years, you're a busy director. But if you make two in one year, you're a freak. I don't know anybody else who's actually done that."

Bessai isn't done exploring family dynamics. Sisters&Brothers will play off the four brothers storyline from Fathers. But he vows it will be the last in this series of films.

"I'm putting myself on the line. This movie could be terrible. My editor's like: 'Don't do it again. You've been lucky twice, but you'll never get away with it again.' But I'm gonna go for it," Bessai says. "I'm doing one more of these goddamn things and then I'm done."

Fathers&Sons opens the Canadian Images program at VIFF on Friday at 6:30 p.m. at the Empire Granville 7 and screens again on Saturday at 3:45 p.m. For more information, visit www.viff.org.

At the Vancouver film fest, even the trailers are art
May 2, 2018 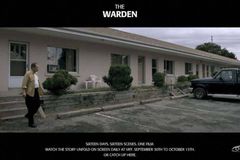 Some things are just too dark, even for Breaking Bad
May 1, 2018 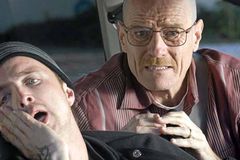 At Vancouver's film fest, everyone can get tickets
May 2, 2018 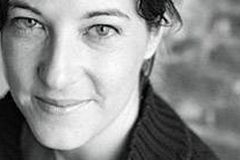