At 2 o'clock one morning 20 years ago, I noticed a man staring at me through the window as I stood in a 7-Eleven. He had one leg uneasily hooked over a bicycle, his balance compromised by liquid refreshment. I was on an insomniac run for cigarettes, and when I left the store I heard the bike crash and these words: "Hey, buddy."

"Yeah. Are you that movie-critic guy?"

"Can I ask you a question?"

Steadying himself and swallowing for ballast, he looked me in the eye. "What the hell is up with Exotica anyway?"

Turns out my new friend had recently gone to see the most celebrated Canadian film of its day, and he'd had no idea what to make of it. But he'd gone. The fuss and buzz over Atom Egoyan's movie had convinced him it was his duty to see Exotica, and the experience might well have driven him to drink. Now he wanted accounting for a mystifying night at the movies.

On April 29, Reel Canada, an organization dedicated to boosting Canadian movies, will be presiding over the largest single-day co-ordinated screening of Canadian films ever held. More than 30 communities will be hosting events in every province and territory, with online and broadcast venues also making cinematic Cancon available.

Reel Canada's tone is upbeat and fetchingly self-deprecating, pre-emptively framing any sense of cultural obligation with a knowing wink. National Canadian Film Day, reads the event's website, is "a lighthearted intervention for our national consciousness, a wake-up call to anyone who has not yet been exposed to the great cinematic story we tell one another in this cold, vast country. It's a way to get over ourselves and have some FUN!"

The all-cap emphasis is telling, because an interesting thing happens when you hitch the word "Canadian" to the word "movie": The fun factor drops like a thermometer in January. What would otherwise be fun suddenly becomes suspiciously like work, and something ordinarily partaken of in the spirit of amusement acquires the chalky aura of duty. "Movies" are something we see because we want to; "Canadian movies" are something we see – when we do see them – because we're supposed to.

Attempts to counter that sentiment are certainly not restricted to the upbeat pitch of National Canadian Film Day. Last month, the Canadian Screen Awards fired the cannons of national cultural pride across the media bow. And last week, three new Canadian movies – by Egoyan, David Cronenberg and Xavier Dolan – were selected for official competition at Cannes. The drums for Canadian movies have been beating thunderously of late, but the question remains: Will that draw more Canadians to actually see Canadian movies, or will it prompt them to flee in the opposite direction, like rabbits being flushed from a meadow?

"Canadian movies" aren't just movies, they're an issue: a problem to be pondered, a cause to be stood for, even a paradox. Think one hand clapping, or trees falling in empty forests: What's a movie if nobody's there to see it?

This is an exaggeration of course. But the fact is that seeing Canadian movies in Canada is an unnatural act. Where consuming a film like Captain America: The Winter Soldier is almost as easy as walking out your front door blindfolded and following the scent of popcorn, finding a Canadian movie requires effort. To look at it you've first got to look for it.

For all my life as a movie geek, Canadian movies have been framed as exceptional. For one thing, they weren't seen where regular movies were seen. Instead, most unhelpfully, they tended to be screened in such anti-fun institutional settings as classrooms, libraries and church basements. They also didn't have the same star power that regular movies did, and frequently had a decidedly different way with a story. If you grew up, as most Canadians have for nearly a century now, with Hollywood movies providing the standard by which you defined what a "regular" movie is, Canadian movies managed the ironic feat of feeling like foreign movies made in their own country.

I've learned better, of course: That very foreignness is a strength, not a liability – evidence of a distinctive cultural voice struggling for articulation. And it's not the fault of Canadian movies that most Canadians don't see them. If the market marginalizes their visibility, and if unfamiliarity with our own movies makes them seem frequently strange to watch – think of the poor guy asking me about Exotica in the middle of the night – it's no wonder we have to create a sense of event around their mere existence. But that sense of event also has a downside: Fun is harder to have when you're told to have it.Special to The Globe and Mail 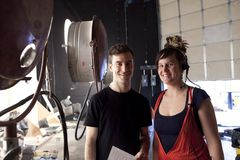 From Deep takes on love affair between basketball and hip hop
May 12, 2018 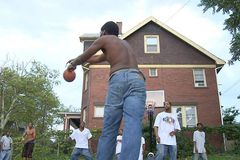