Someone let an obstreperous kid into the Palais press conference. He's sitting in the middle of the platform where the stars sit in front of the journalists, wearing a bright red pullover on top of a lemon-yellow shirt that makes his head suggest a caterpillar emerging from a tulip. The photographers are snapping pictures, and he pulls out his own camera and begins shooting back.

When the cameras stop flashing, he leans into the microphone in front of him: "What a great table! I can see everybody!"

The kid is Jerry Lewis, and he has been in show business for 82 of his 87 years, beginning with his parents' Catskills act in the early thirties. He's in Cannes to promote a new film in which he stars, Max Rose, written and directed by 30-year-old Daniel Noah. It's about an old jazz composer who discovers that his late wife of 65 years (Claire Bloom) may have been unfaithful to him. Noah wrote it in homage to his grandfather, a Chicago songwriter who partly raised him. Noah wanted to cast Lewis in the movie because….

"Because he couldn't find another 87-year-old comedian," interrupts Lewis.

The studios, said Noah, kept proposing actors like Dustin Hoffman or Robert De Niro. "But they were too young. Jerry's young too, but, he's older."

The latter part of this festival has been crowded with stories of aging men – 68-year-old Michael Douglas as Lewis's contemporary, Liberace, in Behind the Candelabra; 76-year-old Robert Redford as a man lost at sea in J.C. Chandor's All Is Lost; and 76-year-old Bruce Dern as a Korean war vet fighting dementia and a lifetime of regrets in Alexander Payne's Nebraska.

None, though, is as old – or acts nearly as young – as Lewis, who keeps switching between making reflexive jokes and pitching the movie. The journalists, for example, were asked in advance of Lewis's arrival to speak loudly and clearly because of his hearing problem – which for Lewis was a ripe shtick opportunity.

"Why are you yelling?" he demanded of a Brazilian journalist, who was trying to ask Lewis about his directing career. When the unfortunate reporter started again, Lewis snapped back: "Would you speak up?" When the long question was finished, Lewis said: "I agree with that."

It's hard to take him seriously – unless, of course, you're French. Here, where he was decorated as a Commander of the Legion of Honour in 2006, Lewis's reputation rose in the mid-sixties around the time the American taste for his broad comedy had started to decline. The critics at the intellectual Cahiers du Cinéma magazine admired his autonomy and technical innovations, but there may have also been something in his humour – his love of the grotesque and social disruption – that was attuned to the French bipolar relationship to propriety.

When someone said the French had a "certain fondness" for Lewis's work, he interrupted:

But as the journalist attempted to probe the notion that the French take low culture seriously, he wouldn't bite:

"Don't get too highfalutin. It's a very different thing for this crazy 87-year-old clown who has been doing one thing for 60 years to do something else.… And it's an incredible movie that's going to give a lot of people a lot of pleasure and that's the idea. And I'll meet you all at the bank."

He went on: "If you get emotional people to make a film you're going to get a wonderful film. If they come to you with a cold heart and very little brains, it's going to be a crap film. And we got the best here. I mean this kid here.…" He turned to co-star Kevin Pollak, who plays Max's estranged son.

"He plays my son to a fare-thee-well. I'm just so grateful … that he's not a relative."

In response to yet another "highfalutin" question about the changing psychology of modern comedy, Lewis paused a long moment, asked for the question to be repeated, and then dryly responded in kind:

"The very premise – watch this! – of the uncertainty of an actor's need to do good comes into play but at the same time you have to recognize there are failure elements that could prevail so you try to bring another sense to the rhythm. Thank you for reminding me."

The ducks kept lining up and getting shot down:

His relationship with Dean Martin, his partner for 10 years?

"He died, you know?" shot back Lewis. "When I arrived and he wasn't here, I knew something was wrong."

In reference to his inflammatory remarks about women and comedy a couple of years ago, someone asked, who was his favourite female comic? "Cary Grant."

In the few serious interludes, he talked about the failure of his 1972 Holocaust film, The Day the Clown Cried ("It was bad work. You'll never see it and neither will anyone else"), and about his pleasure, between scenes, in talking to Claire Bloom about working with Charlie Chaplin in Limelight.

Lewis also talked about what appealed to him about the script for Max Rose that made him want to play a serious part, because it was about older people "who are thrown away," though "it was the elderly who taught us all that we know."

"And this is also a wonderful idea commercially," he adds. "If you write about it, please just make sure you spell the title right.…"

Then the kid leaned into the microphone and began loudly reciting a string of letters in a loud voice: 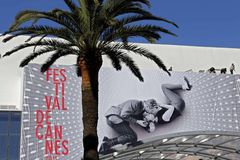 The bling and the burglary: Cannes is all about excess, on screen and off
May 19, 2013 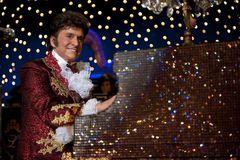 Jerry Lewis: the misunderstood, mad king of comedy
August 2, 2011
Reading from the Book of Claire
January 14, 2002
Follow Liam Lacey on Twitter @liamlacey
Report an error Editorial code of conduct
Due to technical reasons, we have temporarily removed commenting from our articles. We hope to have this fixed soon. Thank you for your patience. If you are looking to give feedback on our new site, please send it along to feedback@globeandmail.com. If you want to write a letter to the editor, please forward to letters@globeandmail.com.
Comments