John McAfee has made a point of living large and thinking big over his 67 years. He's been a drug addict, NASA programmer and software mogul.

Lately, he's captured the world's attention as an eccentric millionaire on the run in Central America, wanted for questioning in the death of his neighbour in Belize.

Now Mr. McAfee is busy making movies and tossing out some stellar names when it comes to the actor he'd have portray him in his "ideal" film.

"Christian Bale, Johnny Depp or Mickey Rourke would play the role, just to name a few," he told The Globe and Mail in an e-mail interview this week. And the director? "Martin Scorsese or James Cameron would be wonderful, in a perfect world."

The movie questions aren't hypothetical. There are, in fact, two features in the works about the controversial, colourful computer whiz from Virginia whose Silicon Valley enterprise McAfee, Inc. was purchased by Intel Corp. in 2010 for almost $7.7-billion (U.S.). This week Montreal's Impact Future Media announced it would be partnering with another Montreal operator, Equinoxe Films, to produce a McAfee-approved $28-million biopic tentatively titled Running in the Background: The True Story of JohnMcAfee. That announcement followed closely on Warner Bros. U.S. confirming it had hired John Requa and Glenn Ficarra, makers of the 2011 hit Crazy, Stupid, Love, to write, produce and direct the screen adaptation of the e-book John McAfee's Last Stand by Wired contributing editor Joshua Davis.

These days Mr. McAfee is residing in Portland. It's just the latest in a series of locales he's berthed in the last 10 weeks after Belize authorities named him a person of interest in the execution-style slaying of Florida contractor and restaurateur Greg Faull about 100 metres from Mr. McAfee's island home off the Caribbean coast of the small Central American country. The plan is to stay in the Oregon city for "a year or two." Having called Belize home for nearly five years, he told The Globe and Mail he now intends to remain in the U.S. where "I am looking at opening a school of social engineering. The McAfee School of Social Engineering has a nice ring to it. Beyond that, it is hard to say what life will bring my way."

According to Wired, Mr. McAfee sold estates in Hawaii, Colorado, New Mexico and Texas as well as a 10-passenger plane to ditch living "the traditional rich man's life" to settle in Belize in 2008. There he acquired two properties, one on the island Ambergris Cayes, the other near the town of Carmelita by the Mexican border, and eventually a harem of teenaged lovers (the age of consent in Belize is 16), a retinue of heavily armed guards and at least a dozen stray dogs. Mr. McAfee also started a number of businesses – a bar, (even though he claims to be a teetotaller since 1983 when he kicked a habit that included a bottle of scotch a day, cocaine and the psychedelic DMT), coffee distribution, cigar manufacturing, water taxi, ultra-light aircraft instruction and rental and a laboratory ostensibly dedicated to discovering plant-based antibiotics. In 2011, convinced that Carmelita wasn't merely an impoverished community of 1,600 but a major narco-trafficking transfer point, he bought a cement house there and installed floor-to-ceiling iron bars so it could serve as a jail.

In late April last year Belize's Gang Suppression Unit raided Mr. McAfee's compound near Carmelita, ostensibly because the unit believed he may have been manufacturing methamphetamine and "assembling a private army." (Mr. McAfee has said the raid was most likely prompted by his refusal to be extorted.) Whatever the reason, no illegal drugs were found but police confiscated 10 weapons and 320 rounds of ammunition. Just six months later, Mr. Faull's body was discovered with a single bullet to his head. Suspicion fell on the former Silicon Valley entrepreneur because Mr. Faull, having reportedly been bitten on at least two occasions by Mr. McAfee's dogs, had threatened revenge. Indeed, shortly before Mr. Faull's murder, four dogs on Mr. McAfee's estate had to be euthanized after reportedly ingesting poison.

Although Mr. McAfee proclaimed his innocence in Mr. Faull's death (and continues to do so), he and a 20-year-old girlfriend nevertheless disappeared from view quickly thereafter, initially hiding, disguised, in Belize City, then slipping into Guatemala where he was eventually placed in a detention centre. Guatemalans put him on a plane in early December to Miami. He then claims he drove cross-country to Portland, home of Chad Essley, his "official cartoonist" and webmaster for The Hinterland, Mr. McAfee's blog. The Hinterland also is the name of a graphic novel about Mr. McAfee, illustrated by the cartoonist, that Impact Future Media intends to publish later this year. Impact also says it's behind an Essley-helmed documentary on Mr. McAfee.

Mr. McAfee added he's "not losing sleep" over the Joshua Davis movie. "Josh does not know my story, and neither he nor Wired or Warner Bros. for that matter own my intellectual property. Impact Future Media has the story and [those rights], and they are the only company that has the permission to do a movie."

Meanwhile, Mr. McAfee said an offer he made earlier to reward $25,000 (in Belize currency) to anyone who could conclusively identify Mr. Faull's killer still stands, as does his offer to talk with Belize officials. With no charges filed, his country has no legal leverage to force his return. In the meantime, Mr. McAfee observed: "I'm definitely not hiding." 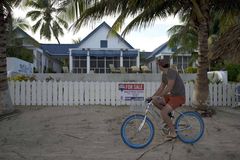 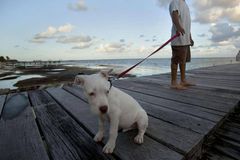 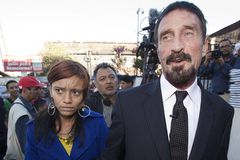 John McAfee's suspected heart attack turns out to be severe stress after hospitalization in Guatemala
December 6, 2012 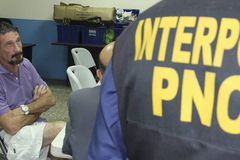 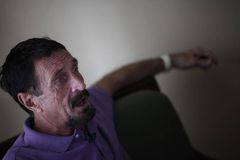