Documentary-makers are used to working outside the system. Now more than ever, many of them contend, the system for funding documentaries is working against them.

As cinema fans line up for Toronto's Hot Docs festival, and producers descend on the city looking to get funding for their next doc projects, a range of factors is converging to frustrate the documentary industry, argues Lisa Fitzgibbons, executive director of the Documentary Organization of Canada, a group that advocates for filmmakers.

The latest obstacles are obvious: The CBC and the National Film Board of Canada are each absorbing federally imposed 10-per-cent budget cuts, while Telefilm Canada is slashing its funding for theatrical documentaries in half.

Even in the best of times, documentary-making is a labour of love with few financial rewards. Yet Fitzgibbons argues that Canada's overarching system for funding documentaries – a system that relies on broadcasters to trigger the various levels of funding – is compounding the pain. "Everything is contingent on broadcasters participating," she says. "And broadcasters are saying, 'You know what? We're not interested in this content. Make them look like reality shows.' "

Producing a professional-calibre documentary in Canada requires significant funding, particularly for any film hoping to appeal to festivals and international audiences. To help support docs, significant funds have long been allocated to broadcasters through the Canadian Media Fund, a non-profit organization that gets its money from cable and satellite distributors and from the federal government.

Yet the CMF doles out money largely based on audiences numbers. That places the biggest buyers of documentaries at a disadvantage: The CBC, whose audience for documentaries is relatively small; and regional educational networks such as TV Ontario and the Knowledge Network in British Columbia. At the same time, private networks have effectively pulled away from documentaries.

"Most funding in the Canadian system is premised on broadcaster participation, and those broadcasters are opting out," she says. "It's a loss of voice. When you lose that voice, you lose that outlook on the world. And I think that's a net loss for everybody."

Meanwhile, for those public networks still airing serious, innovative documentaries (CBC runs them on Doc Zone and The Nature of Things), there's mounting competition for CMF money. While TVO, for instance, says that its CMF funding has been stable, competition from private networks looking to access that money for more populist Canadian-made programming is mounting.

"We and Knowledge [Network]do certainly go in with one hand tied behind our backs when it comes to ratings, because our potential audience is a portion of the total national Canadian audience," says TVO's chief executive officer, Lisa De Wilde. "To finance documentaries in Canada is an extremely challenging financial exercise. We're committed, as a small organization, to being a part of that space. We think that documentaries are very much in our mandate, that it is all about helping people understand the world." But, she says, "point-of-view documentary films are not ratings grabbers."

The new cuts are instead within the CBC's own documentary-making department. Eighteen jobs are being eliminated from the unit. And the CBC will be moving away from landmark productions – along the lines of Canada: A People's History, broadcast over the network's English and French services. In-house documentary-making will be on a smaller, tighter scale.

Regarding the CMF's dependence on broadcasters to trigger funding, Starowicz agrees that there must be some accountability – because public money is being spent. If a broadcaster doesn't give the green light, he asked, would funding be contingent instead on a bureaucrat or on the very few theatrical distributors still willing to take a risk on documentaries?

The NFB, among others, is looking outside the broadcaster-based system – and toward getting its docs out on the Web and via apps. "That's where the audience is," says Cindy Witten, director-general of the NFB's English program. "We're trying to become platform agnostic. You look at a story, and you think about who the audience is and where are we going to find them. What's the best way to engage them, and what's the best way to tell the story?" Besides, notes Witten, "broadcasters' appetite for one-off films is diminishing."

Fitzgibbons, of the Documentary Organization of Canada, thinks that such changes in approach should to be reflected in funding policies at the Canadian Media Fund. "We understand that for the time being, television remains the driving force," she says. "But we have many other audiences that are tapping into content through other means, whether it's iTunes or Netflix."

What's more, she notes, "We've never seen such audiences as we have in the last few years attending documentary festivals. We've seen the proliferation of community-based screenings. People want to engage with deeper content that they're not getting on TV. That's the irony."

Select reviews of the films at the 2012 Hot Docs festival 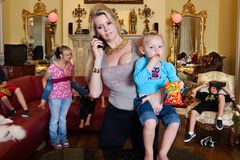 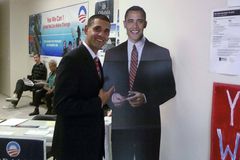 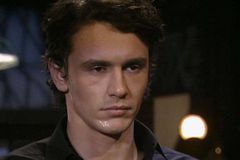