Is the writer-director Andrew Cividino a cheerleader for the Canadian way of doing things: Be patient, work the funding steps, and rewards will come? Not exactly.

In a ball cap and glasses, he looks uncannily like Steven Soderbergh; in a Toronto boardroom on Wednesday afternoon, he's well-spoken and leading-man handsome. On paper, it sure looks like he's a shining example of how the Canadian system can nurture young talent (despite numerous complaints to the contrary). Raised in Dundas, Ont., the 32-year-old studied film at Ryerson University and at the TIFF Talent Lab. In 2006, he won the Ontario Film Review Board's student film competition. He developed his skills making short films; in 2011, Telefilm included him on its annual Talent to Watch panel, and his short We Ate the Children Last made TIFF's Top 10 Shorts list. When funding fell through for his feature debut, Sleeping Giant, he turned it into a short, which won an award at the 2014 Locarno International Film Festival and was nominated for a Canadian Screen Award.

That enabled him to secure funds to remake it as a feature; it premiered at the Cannes Film Festival last May, and went on to win major awards at the Munich, Toronto and Vancouver film festivals. It received four Canadian Screen Awards nominations, including best picture and director, and one of its stars, Nick Serino, won best supporting actor. It opens in select cities Friday.

It's a startlingly accomplished debut. Adam (Jackson Martin), an overprotected city kid, summers on the north shore of Lake Superior, where he befriends cousins Riley (Reece Moffett) and Nate (Serino). Bored and hormonal, competitive yet half in love with each other, they egg each other on. But what elevates it far above a typical coming-of-age film is Cividino's eye for subtle class distinctions, and for those ever-shifting moments in adolescence when friends become enemies, tussles turn dangerous, and futures can be altered or shattered.

Because Cividino spent so much time with his novice actors while making the short, he was able to rewrite his feature to accommodate their real, unique voices, and he pulls from them performances of true originality and depth. And the undeniably Canadian landscape echoes the movie's tension: beautiful, but also dangerous and foreboding.

But ask Cividino about the system in which he appears to have flourished, and he does another quintessentially Canadian thing: He sees both pros and cons. "The system is not one unified thing," he says. "It's a series of different bubbles of influence, which are succeeding and lacking in their own ways." On the pro side, TIFF championed him and introduced him into a community that's been supportive. He also applauds Telefilm's new micro-budget program, which awards $100,000 for first features.

From a production standpoint, though, he made Sleeping Giant independently; Telefilm came in with funds, but not until postproduction. Many of the shorts and first features by other Canadian filmmakers that are succeeding at international festivals were also made outside the system. "There is still a lot of work to be done in supporting emerging filmmakers," Cividino avers.

His main concern: Times have changed and our organizations are "struggling to play catch-up," he says. "Theatrical distribution has been upended, the star system is crumbling," yet Canadian funders are still trying to replicate the American model, where hit films often spend $100-million on production, and another $100-million on marketing.

"You can make a great film on $2-million, but the marketing piece is missing here," Cividino says. "We need to break out of the mould of trying to emulate the American system – swinging for the fences of a runaway box-office success – and instead hone in on supporting unique voices, people with strong points of view, people who are taking risks.

"There needs to be a philosophical shift in terms of the kinds of projects, particularly early career, that we support," he continues. "The 'why' of a project is really important. Instead of thinking, 'Oh, genre films are hot now, let's fund that,' we need to think about cultural success – films that will crush it on the international festival circuit, win awards, get recognition. That will set up our next films, so maybe we can get international financing to make our movies here. That's going to pay dividends down the road of building a strong Canadian national cinema. The idea of using old metrics for our movies, in terms of guiding our selection and curation, seems bonkers to me."

Cividino grew up summering near Sleeping Giant Provincial Park on the Sibley Peninsula, "barefoot, wrestling, boating around, jumping cliffs, pushing each other, with friends of convenience and very little parental supervision," he says. "I remember how much bravado there was to everything. The idea of not jumping a cliff that another friend jumped, as cliché as it sounds, was something I would not consider. I was always playing keep-up with the local kids, trying to be as tough as they were."

Determined to find actors for Sleeping Giant who "were the characters," Cividino scoured every high school in the Thunder Bay area, handed out fliers in malls, put ads on Kijiji (where he found Serino). When the actors brought details to their characters that he didn't expect, he welcomed them.

He also didn't shy away from a tough ending (which I won't reveal here). "I didn't want to make a morality play," Cividino says. "I wanted to show, without judgment, the challenges and realities of how people that age, and these characters in particular, react to their situations, while playing with the tension between inevitability and surprise."

Per his own prescription, Sleeping Giant has indeed crushed it on the festival circuit: In the past year, it played 45 festivals in 29 countries, and won prizes at a dozen of them. It had a theatrical release in France, and was sold to a number of territories. "I've been able to share it with audiences in Mumbai, India; Busan, Korea; Marrakech, Morocco; and Arkansas in the U.S.," Cividino says, "and everywhere people said, 'These are just like boys I knew growing up.' As specific as it is, it's also universal."

That success enabled him to meet "the most esteemed producers in Canada," netted him an American agent, and will "absolutely, no question, be a huge boon for setting up my next film." He's currently developing projects both here and in the U.S., and if Steven Spielberg phones (as he did to Colin Trevorrow, who'd only helmed one indie feature before taking on Jurassic World), Cividino is ready.

So he is the poster boy for the Canadian system. Just not the system that The System might intend. 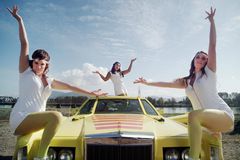 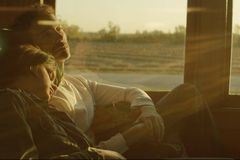 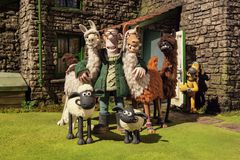