Barry Levinson, who directed Robin Williams in Good Morning, Vietnam and Tom Cruise in Rain Man, now takes on Bill Murray in Rock the Kasbah, a desert-storming comedy involving a low-level rock-music manager and, inspired by a true story, a young female Pashtun singer who dares to compete in Afghanistan's traditionally all-male version of American Idol.

The Globe and Mail spoke with the Oscar-winning filmmaker from his home in Connecticut.

Like Good Morning, Vietnam, we wouldn't call Rock the Kasbah a war film. But they're both set in a theatre of war. Can you talk about placing a comedy in that kind of setting?

If I go back to Good Morning, Vietnam, one of the things that struck me when I read the script was that it wasn't a military piece about Vietnam. It was a people piece. Almost every other movie about Vietnam was a war movie. There's this enemy and they're in the jungle. With Good Morning, Vietnam, the main character is in the military, but mostly his adventures are against the backdrop of Saigon and the people there, who go to movies and go to lunch and go to school. They're people, in a world that's coming apart. And we bring this American into it.

As you do with Rock the Kasbah. But Bill Murray's character isn't as admirable as Robin Williams's character in Good Morning, Vietnam. He's a hustler, right?

He's amoral in a sense. He's a rock promoter who goes to Afghanistan to pick up some money. Things go badly. He has no centre, and then he meets this young girl who aspires to sing, and, in a sense, he develops a soul out of that relationship. That's what pulled me into it. Again, it's not a war film. It's a people piece.

It's hard to imagine anyone else playing Williams's DJ character in Good Morning, Vietnam, except maybe Murray. But the lead in Rock the Kasbah was written with Bill in mind. Did it have to be him?

When I read a script I don't necessarily think of an actor, or the actor. I'm just interested in the character and the story. But I will tell you, when I read this script, that's who I thought of. That doesn't happen normally. I immediately thought of him, though, and I didn't know that [scriptwriter Mitch Glazer] wrote it with Bill in mind.

The television commercial for the film blares a quote about 'this is the Bill Murray we love,' and plays up the high-velocity side of the character. Is that the Bill Murray you love?

What you're referring to is the nature of a studio selling. If you have an ounce of humour, they're going to push it like it's all comedy. The fact is that the movie is more than a comedy, by a large margin. It is a dramatic comedy. But they don't want to sell the dramatic aspects of it. It's just the nature of the beast. They'll hang their hat on just comedy alone.

So in the trailer we see Bill shout-singing Deep Purple's Smoke on the Water. Was that scripted?

That was in the script. The intention of it is that we see the Afghanistan villagers and Bill begin to make a connection with one another. For the first time he makes a connection with a culture that he basically had avoided. You see an Afghan kid picking up the rhythm. The elders are baffled by it.

The universality and history of rock 'n' roll.

Right. But there is a little bit of a moment, between him and the head of the village, who's explaining the tensions of the village. Bill's character is beginning to understand a people and a culture. So, there's humour, but also something is emerging out of that.

And are you bringing some of the culture to the audiences who see the film?

Well, those things are in there. The girl wants to sing, but there's the tradition of Pashtun people, that a female doesn't sing. So, we can pick up on the political and cultural issues. We're not going to resolve any of that, but it's a texture to the film. If people want to pay attention to them, they can. If they don't, they don't. 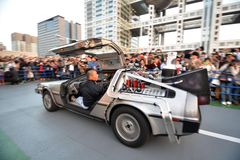 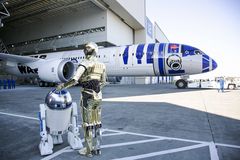