There's an old rule for figuring out how good a director is, at least in theatre: If all the performances are terrific, credit the director. If they're all duds, blame the director – and everything in between is a guess. The guessing is over about filmmaker Bennett Miller, who, so far, has directed four actors to Academy Award nominations in just two films; the late Philip Seymour Hoffman to an Oscar for Capote (in 2006) and Catherine Keener to a nomination. For Moneyball (in 2012), both star Brad Pitt and supporting player Jonah Hill earned Oscar nominations.

Miller seems likely to repeat that pattern with his new film, Foxcatcher, with Steve Carell's chilling performance as multimillionaire philanthropist/murderer John du Pont, widely flagged as a shoo-in for a leading-actor Oscar nomination. In the film, comedian Carell plays radically against type, partly thanks to an eagle beak of a prosthetic nose and a dry vocal style, but also thanks to the internal challenge Miller presented to him: What would it be like to live a life without a sense of humour?

The 47-year-old Miller is tall and lean, quiet-spoken and with a manner that's watchful and attentive, making him also seem like a bird of prey. He seems cautious by habit and an interview with him hops off and on the record, because he's reluctant to talk too much about Foxcatcher's political themes, although they're important to him.

"It's just not that interesting to wag fingers," he says, "but it is interesting to look, on the microscopic level, where the rub actually happens, as it does a million times a day in different ways. Here's a story: I have money and I have a name and an ideology and I might be damaged but you're going to be intoxicated because, even though there's so much evidence that I'm cuckoo for Cocoa Puffs, I'm going to give you what you need."

Miller was a theatre brat early in his youth in Westchester County, N.Y. where he met actor-writer Dan Futterman (the co-writer on Foxcatcher) in middle school. He was also in his teens when he first befriended Philip Seymour Hoffman at a summer theatre camp. But while Futterman and Hoffman's Hollywood careers took off, Miller's languished. After dropping out of New York University, he spent the next few years fumbling around the edges of the film world. By his late 20s, he was ready to quit, with a vague plan of working to help the homeless. Indirectly, that led him to his first film documentary, shot with an inexpensive digital camera, called The Cruise (1998), about another man he had known since his youth, a manic, colourful, quasi-homeless New York tour guide.

The Cruise opened doors, leading eventually to Capote (which Futterman wrote), though critics generally focused on Hoffman's Oscar-winning performance, not Miller's direction. Six years later came Moneyball, on which the still relatively untested Miller was a last-minute replacement for Steven Soderbergh. He surprised the skeptics by making one of the year's most critically praised movies. With Foxcatcher, it's clear that Miller is the real deal, a director who manages to place outsized characters against deliberately banal middle-American settings in movies about the human failure of the win-at-any-cost ideology.

"It's funny," he says. "One of my producing partners, Jon Kilik, asked me what I was going to do next, and I mentioned four or five ideas. He said, 'So, the same as all your other movies,' and I said, 'What are you talking about?'

"'You know – characters who find themselves in worlds they don't belong in. One-of-a-kind individuals with huge ambitions that believe if they can accomplish heroics it's going to redeem the damages of their lives.' And I was, like, 'Yeah, I guess so.'

"I definitely am attracted to characters that have these private, never-shared realities and eccentricities and peculiar voices. The guy in The Cruise had a strange voice. So did Truman Capote, and so did John du Pont. I'm definitely interested in outliers. I'm just not so much interested in the usual thing, which is an ordinary person in extraordinary circumstances." 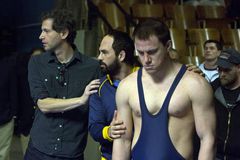 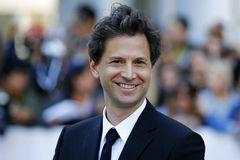