Joe has haunted David Gordon Green for years. Ever since reading the late Larry Brown's 1991 novel in Professor Gary Hawkins's class at the North Carolina School of the Arts, the now 39-year-old filmmaker (George Washington, All the Real Girls, Pineapple Express) has had the book playing like a movie in his head, which has only meant two things: It was meant to be a movie, and he was meant to make it.

Taking a seat next to Nicolas Cage, who plays the titular character – an alcoholic ex-con with a lumber-company tree-poisoning business and a thunder-clapping anger-management problem – Green recalls the biggest challenge of making that internal movie a reality. Who was going to play Joe?

"I read the novel years ago," he says, "and I worked as a production assistant on a documentary Gary Hawkins made about Larry's life, so I got to know him a little bit before he died. He was an iconic figure of Southern literature, but the novel feels so cinematic when you read it.

"And like a lot of people I'm always picturing the movie version and I think the first time I read the novel I was picturing Robert Mitchum."

No mystery there: If there was an actor capable of generating menace, authority, melancholy, grace and defiance all at once, it was Mitchum. But Mitchum wasn't around to be cast. And without the perfect actor to play Joe, the movie in Green's head was likely to stay there. An unmade Bob Mitchum movie.

But it couldn't remain unmade. When Green received Hawkins's screen adaptation of the novel, the urgency to make Joe only became that much more acute:

Not only had his former professor's script nailed the character, the story and the overall literary atmosphere of bleak contemporary Southern decrepitude, it provided a way for Green to get back to his own roots – those small, intense, semi-improvised, Southern-set, character-based dramas with which his career had begun, but which had become lost somehow in the industrial flow of a Hollywood career.

"I was kind of in the world of doing some bigger-budget, bigger-profile, comedic works," Green explains, "and all of a sudden I thought, here's a source material, a subject matter I feel a real deep connection to. I wanted to put a personal spin on something that was obviously very personal in its origins to Larry Brown."

So the script was a ticket home of sorts for David Gordon Green. But the question remained. Who could be Joe?

"So I'm thinking of the character of Joe as someone who has this very masculine, physical presence and a hard-hitting sense of dramatic ability, but also enough humour and wit to give a lightness to it, so we feel the humanity within this character."

Then he pauses to look at his Joe. "There was never any doubt."

"Nic is literally the only Hollywood movie star that comes to mind," Green says, "when you think of those character dynamics all merging into one character. It's a challenge only he was right for."

Like Green, Cage saw in the script an opportunity to recover some lost inspiration. A formidably gifted, Oscar-winning actor who has demonstrated a consistent proclivity for making big-budget action movies that require him to do little more than radiate volcanic mood swings, Cage had been taking a year off from what he calls his "Western kabuki style" to await the arrival of "a hundred-point script."

He elaborates: "By 'hundred point' I meant trying to find a project, a script that would allow me to be as naked as possible emotionally in a movie performance where I wouldn't have to act so much.

"Where I could take my life experience for the last 10 years and put it into the dialogue. Where I could just be. And also a hundred point in that it gave me a chance to try a different performance style than I'd been doing currently, which we just coined as 'Western kabuki,'" Cage says.

On location near Green's home base of Austin, Tex., Joe was shot in Green's old style: lots of room for improvisation and happenstance, a generous balance of professional and non-professional actors, and a constant vigilance for the intrusion of the miraculous and unplanned – like the cottonmouth snake that showed up one day when the cameras were running, and which Cage remarkably managed not only to incorporate into the drama, but to safely handle. Clearly, the juju was on Joe's side.

"David has the confidence to let things happen," Cage says.

"It's hard to describe in words, the kind of Southern voodoo, the alchemy of how Joe came together. So many things just seemed to happen because the elements were with us.

"That snake at the beginning being a cottonmouth, a real cottonmouth. We all could have been in trouble but we weren't. The snake is sometimes a symbol of venom and evil and sometimes a symbol of medicine. Inside of Joe there's venom and anger but there's also medicine. I don't know how much of it is planned or it's just happy accidents that were occuring, but somehow we reached a sublime place," Cage adds.

Film Review
Nicolas Cage is ‘frightening and heartbreaking’ in Joe
May 2, 2014 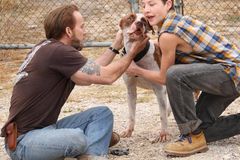 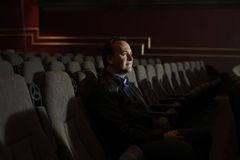 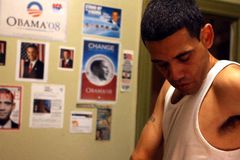 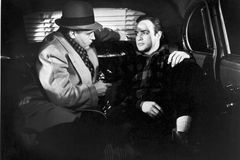 For Blue Ruin director, a celebration of low-fi filmmaking
May 2, 2014 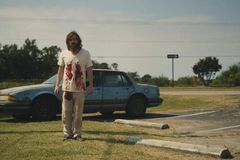