Kazik Radwanski is something of a poster boy for Toronto cinema. The director's first full-length feature, 2012's intense character study Tower, played to acclaim across the world, including the prestigious Locarno International Film Festival. His short films have captivated TIFF audiences since 2007. His production company, MDFF, co-founded with former Ryerson classmate Daniel Montgomery, has spawned a screening series that connects audiences with indie movies that would otherwise bypass the city entirely. And now, Radwanski, 31, has made the raw and engrossing How Heavy This Hammer, which should spread his name to anyone who has somehow managed to miss it thus far. The Globe spoke with Radwanski about the dark drama, cinematic intimacy and Toronto's hunger for independent film.

After Tower, this is your second film featuring a main character – in this case, Erwin, a hulking family man obsessed with online games – who's more than a bit unstable …

I've always wanted to find characters who are struggling with, well, it's less than an obvious symptom or diagnosis, but something more evasive. It's hard for me to pitch the film to people without them having seen it. It's almost through making the film that it's easier to talk about these things. Erwin, he has an okay life, a family – so why is he so alienated? Where does this come from, and how do we talk about it?

It's not as if the film offers a conclusive answer to that, though.

Exactly. We don't know, and that's something I'm happy with. It would take sessions and sessions of therapy to figure out what's wrong with Erwin, and I don't think I can pinpoint or diagnose it in an 80-minute run time. I like that my films feel incomplete. And with all the close-ups that I use, it's like an extreme glimpse of a character who I don't fully understand myself. I want the audience to feel that way – disoriented, off-balance. It shouldn't be too easy to judge this character, to say this is what's wrong with him, or that's what he's doing wrong.

How much of the film is based on your own feelings of isolation?

All of my films are terribly introspective – I think about this stuff a lot, and can relate heavily to the characters in the film. Through my adolescence, I had a hard time in high school. I was incredibly depressed and removed. But through watching a lot of movies, I've been able to find myself. It's a big element of why I make movies.

At what point did you realize filmmaking could be a healthy outlet for you?

There were a lot of steps. I fell in love with movies around 15 or 16, when I worked at a video store. I would study them. I was never a good student, but I took this very seriously. But I didn't pick up a camera until I was in undergrad at Ryerson. Then it was a series of small epiphanies. Documentaries were huge for me. They just helped me realize how to film something, what was worthwhile, what was worth recording. Capturing moments, I feel, articulates so much more than I can say or write.

In terms of writing, you didn't use a script for Tower. What about here?

Yeah, with Tower there wasn't a conventional screenplay, more of a skeleton of a script: 60 or 70 scene descriptions. With Hammer, there was a full screenplay; however, I never showed the dialogue or the script to the actors. I find, in terms of getting performances, you can only really get the dialogue through the actors discovering it themselves. A lot of it is improvised, but a lot of key lines were written, too. I find ways to plant those lines of dialogue, after we found the right tone together.

Going back to your use of close-ups: Did you always intend to make the film so intimate? Erwin practically crowds the frame for the entire film.

It was just how I imagined the whole tone of the film. I love the feeling of intimacy, of being so close to someone. At the same time, I don't want the audience's viewpoint to feel too privileged. I want it to be uncomfortable. I like that tension – when it's overwhelming and alienating. Somehow that's the right push and pull to find the tone I'm looking for.

With MDFF's screening series, you and Dan have found a way to showcase some gems of indie cinema that otherwise wouldn't play Toronto. Did that stem from a level of frustration at all?

It was just about helping like-minded people. The screening series grew out of the theatrical release for Tower – getting it out there felt good. And at the same time, we knew so many filmmakers who we met on the festival circuit who wanted to play Toronto, and we wanted our friends to see these exciting movies that were part of this growing dialogue. It's all been about finding different ways to engage with Toronto audiences. It feels important for Toronto to feel connected.

How Heavy This Hammer is now playing in Toronto and Vancouver.

Film Review
How Heavy This Hammer is a raw portrait of a man in a rut
August 12, 2016 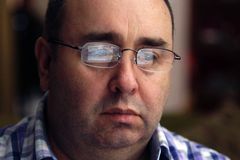 How Heavy This Hammer brings the hyper-local to TIFF
September 10, 2015 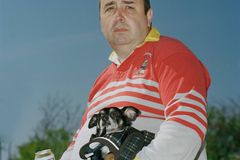