A few hours after filmmaker Aaron Zeghers touched down in Montreal last summer, word came that he could inherit a Steenbeck, the titan of analog film editing equipment. A tip from a fellow celluloid enthusiast led Zeghers to the basement of a documentary filmmaker's widow. There, she invited Zeghers to take the flatbed film editor – roughly the size of a refrigerator – along with her late husband's supplies and prints, for free.

He just had to haul it back to Winnipeg.

The Steenbeck experienced its heyday in the 1970s. Once the apex of film gear, it is now considered an "old school" relic – a niche machine in the advent of digital film production. But handmade analog film is not dead, just different, with its disciples – many of whom make a home in Manitoba's capital – dedicated to preserving the tradition as it has moved from a mainstream cinema standard to hyper-local, experimental and fine arts venues. To those still working in the medium, the Steenbeck remains a valuable and increasingly hard-to-come-by machine.

Zeghers had been tempted east for a Steenbeck before, when Concordia University was culling its equipment in 2013. As the film industry moved almost entirely to digital, so, too, has film school. Concordia's graveyard fleet fell from 22 Steenbecks down to seven, but the lot was given away or junked before Zeghers could get his hands on one.

"Such is the unfortunate end for a lot of analog equipment," he says.

The widow's offering was too good a chance to pass up: He brought the Steenbeck home to the Prairies.

Back from the brink

According to the celebrated celluloid conservationist and cinematographer Tacita Dean, analog film has recently "come back from the brink" of extinction. With Kodak threatening to close its film division and photochemical labs in 2014, Dean drummed up support and dialogue about safeguarding these processes with such big-name contemporaries as Quentin Tarantino and J.J. Abrams.

"We have a small window of opportunity to try to make analog filmmaking normal again," Dean says. "But I'm feeling better, because we nearly lost film."

Kodak recently secured long-term commitments from all six major American motion-picture studios to continue purchasing their film, signalling that analog cinema might be out of the woods. Hype around The Hateful Eight, Tarantino's upcoming 70-millimetre release, also suggests there is a continued audience interest in analog – and potential for it to remain a celebrated part of major cinematic events.

On the front lines, however, practitioners have been toiling away at their chosen medium against obscurity the entire time, defending its creative and chemical processes, which are different on every level from the digital world's. And those artists have found a perhaps surprising ground zero for analog appreciation: Winnipeg.

Beyond its tough and Slurpee-loving reputation, Manitoba's capital is renowned in international film circles for churning out highly original films and artists with an analog bent. There is a strange and serious group of them there: collecting, experimenting and using a so-called outmoded film vocabulary to create highly personal works. In Winnipeg, analog persists.

An ecosystem of indie and regional film production centres is crucial to keeping Canada's home-grown analog talent alive. The Winnipeg Film Group recently celebrated its 40th anniversary with a national forum, for which it screened several seminal Canadian works and took a hard look at the future of analog film. The impacts of changing technologies and funding regimes could not be ignored.

For the WFG, embracing the digital age has meant putting resources into a multiyear archival project that will allow new generations of audiences and distributors access to its rich cinematic history. Organizers aim to get their entire catalogue of shorts, docs and experimental works online within two years.

Roughly 1,500 prints will pass through the capable hands of filmmaker Mike Maryniuk, who has been digitizing the catalogue for the past year. Maryniuk, 37, came up in the film group, learning hand-processing basics at the $225 Film Experiment, a workshop led by Nova Scotia College of Art and Design film professor Sol Nagler in 2002. At the time, Nagler was fresh from director Phil Hoffman's experimental Film Farm – an independent image-maker's retreat in Ontario – and keen to share what he learned with his peers.

His workshop inspired a generation of come-to-celluloid ingenuity, training such filmmakers as National Media Arts Prize winner Matthew Rankin and Deco Dawson, who is a frequent collaborator with Guy Maddin. The mythologies surrounding their collective body of work is one reason why Winnipeg has a reputation for analog craftsmanship.

Now celebrated as Manitoba's reigning "Prairie surrealist," Maryniuk has made more than 30 short films and documentaries using techniques such as spin art, micro painting, scratch animation and even the physical application of temporary tattoos, one by one, onto 100 feet of 35mm film. Maryniuk has buried film in his backyard, strung it up on the back of a dirt bike for a ride through muddy fields, and dyed it in a bowl of borscht at a local Ukranian restaurant. His current project, a feature film called The Goose, is about a hallucinatory escape from small-town Manitoba (the project recently compelled Maryniuk to tie-dye 900 pieces of fabric for mere seconds of animation).

It is film's innate physicality that allows for such wild experimentation, and Maryniuk's work has inspired others to take it to the limit. He started teaching the analog film workshop in 2012, calling his students "diehards."

"[Analog filmmakers] have an enormous work ethic," Maryniuk says. "There's this weird competition of everyone trying to outdo each other about the films they can make, or how insane the film is. … It's less of a competition and more like a never-ending relay race – but the baton is on fire and your pants are soaked in gasoline."

He acknowledges, though, that his work is also uploaded on Vimeo and other online platforms, and must coexist with new technologies. In many ways, the WFG's ambitions for a digitized catalogue represent the crossroads of the cinema culture: There is a way to benefit from the best of both analog and digital worlds, and the creative dialogue and tensions between them.

Winnipeg's cinematic celluloid culture isn't a complete anomaly, though. Atlantic Canada celebrates the medium with the Halifax Independent Filmmakers Festival; Toronto has The 8 Fest, LIFT, Pleasure Dome and the CineCycle Underground Cinema. Montreal hosts the Montreal Underground Film Festival and is home to the Double Negative Collective. Regina has the One Take Super 8 Event and Calgary's $100 Film Festival rounds out the western-most Prairie province. Anti Matter, in Victoria, dedicates itself to experimental media arts works each year, too.

In some corners, there is a hope that analog will resurface in manner similar to vinyl records, regaining a cultural cachet in the film world and the marketplace. Certainly, Canada's weird, high-calibre creative celluloid content could use additional support, screening opportunities and attention beyond the co-op world and off-festival circuits.

"There remains a need and a desire to tell a different story than the easy one that's conventionally told," says Andrew Burke, associate professor at the University of Winnipeg in screen and cultural studies.

"There is a temptation to tell the story of our national cinema through a list of feature films," he says, "but there is a whole other history you can draw through shorts, experimental, personal and poetic films and the strange regional productions that get left out of the conversation, just because feature films dominate."

Since we are not in a "postfilm" age yet, the craft of Canadian analog cinema may still see its day. At the very least, it isn't going down without a fight.

After orchestrating his Steenbeck's move halfway across the country, it just so happened that Zeghers found another, smaller machine in a Winnipeg basement upon his return.

But the filmmaker regrets nothing: With a winter mission to finish a 16-mm, multiprojection personal film about his father closing down the family farm, Zeghers was happy to have the equipment necessary to get the job done.

And, knowing not to let a good thing go, he pursued the second Steenbeck anyway, liaising its purchase for the Winnipeg Film Group, whose machines were on their last legs. For Zeghers, it was important to give back to where he developed his intense appreciation for the medium and provide opportunities for other filmmakers to fall in love with analog.

"Romanticize [my journey with] the Steenbeck if you want," he says. "It was the most romantic thing I have done in my life."

The festival will celebrate 10 years of highlighting moving-image art practices that may be overlooked by the mainstream. Nova Scotia College of Art and Design film professor Sol Nagler will show his Situated Cinema Project at the festival. The installation "emphasizes celluloid film as a medium of public intervention" and breaks down physical confines of traditional cinematic space.

The City of Saskatoon, in partnership with PAVED Arts, will be projecting selected short film works onto the west-facing pier of the Senator Sid Buckwold Bridge, visible from the west side of the South Saskatchewan River. The event, which will showcase work by Saskatoon-based filmmakers and media artists, is part of the 2015 Culture Days festivities.

Screenings, installations, performances and "media hybrids" have characterized this underground media art festival since it was established in 1998. One of the premiere showcases in experimental works, the festival incorporates film, video, audio and "emerging timebased forms" in its programming each year. 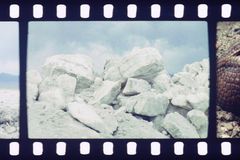 Directors of documentary I Am Chris Farley on the great comedian
August 14, 2015 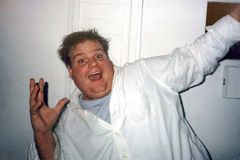 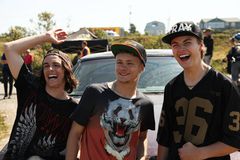