With Hot Docs, North America's largest documentary film festival, opening next week (April 28 to May 8) in Toronto, there will be dozens of new real-life stories for documentary film lovers to consume. Before the deluge, it seems a good time to spare a thought for subjects of previous documentaries whose lives we have shared through film.

Did you remember Philly Wohl, the 52-year-old mentally handicapped man in his cousin Ira Wohl's 1979 Oscar winner, Best Boy? When Philly's aging parents can no longer care for him, will he manage to live in a group home? Wohl went on to make two more films about Philly and his family. In the most recent report on his cousin, Wohl wrote: "He's now 81 and except for some high blood pressure and arthritis, he's in very good health. He continues to live in the same group home. He has many friends."

English director Sacha Gervasi was once a teenaged roadie for the Toronto metal band Anvil. Years later, in 2008, he made the hit film, Anvil: The True Story of Anvil, which launched the band's comeback, including a turn on The Tonight Show with Conan O'Brien and appearances at metal festivals in Europe. But it hasn't been all brimstone and roses. At a recent entertainment and the law symposium in Toronto, lawyers watched a presentation, Anvil: A Cautionary Tale. To quote the synopsis: "[A] combination of bad luck, bad negotiations and bad decisions in the licensing and contracting of the various rights and uses of the band's recordings and songs stifled their comeback."

Another heavy-metal themed documentary had a much grimmer follow-up.Joe Berlinger and Bruce Sinofsky's 1996 film, Paradise Lost: The Child Murders at Robin Hood Hills, is about the so-called West Memphis Three. The trio of metal-loving Arkansas teens were convicted of the gruesome killing of three young boys, with one, Damien Echols, sentenced to death. The conviction appeared to be a case of Satanic panic and became a cause célèbre, with Johnny Depp, Eddie Vedder and Natalie Maines of the Dixie Chicks campaigning for their release. The filmmakers made a second film in 2000. Then what happened?

I came across the answer in a blog by Tom Roston on PBS's website for its documentary program, POV: "Damien Echols' eyesight is becoming increasingly dim. He is experiencing a lot of pain, especially in his teeth, because living on concrete without sunlight or adequate nutrition can ravage a body over the course of 15 years."

A year ago, Roston started a series Whatever Happened to the Subject? on the POV website - though, so far, he's only done two other follow-ups: Philippe Petit of 2008's Man on Wire is still cocky after his Oscar-winning film. Shelby Knox, the conservative Baptist teenager turned sex-ed crusader in The Education of Shelby Knox, is now a 24-year-old New York-based blogger for The Huffington Post.

Roston says he has had repeated requests to research the aftermath on David Sutherland's acclaimed 1998 Frontline documentary, The Farmer's Wife, about Darrel and Juanita, a young couple struggling to raise their family on a Nebraska farm. In its website for the film, Frontline reports that, after the film, the couple repaid their debtors, repaired their marriage, expanded their farm and repainted the house. But an update adds that they were now divorced and are each remarried. That's the trouble with real-life filmmaking: Whether an ending is happy or not depends on when you put down the camera.

The grand exception to the general documentary use 'em and lose 'em rule is Michael Apted's Up series, which has followed 14 British schoolchildren since 1964 ( 56 Up is due to be released next spring). As well, the dogged Berlinger and Sinofsky are working on a third Paradise Lost film about the Robin Hood Hills murders, to try once again to exonerate Echols, who has been sitting on death row for 16 years.

The Conspirator The topical subject of national security versus constitutional rights gets a workout in Robert Redford's historical drama, starring James McAvoy as Frederick Aiken, the Union soldier and lawyer who defended a boarding-house landlady (Robin Wright), accused as a co-conspirator in Abraham Lincoln's assassination. With Kevin Kline, Tom Wilkinson and Evan Rachel Wood.

Fast Five Cars, muscles and muscle cars are on display in the latest Vin Diesel race movie, this time set in Rio, with Dwayne Johnson and Paul Walker.

Hoodwinked Too: Hood vs. Evil In this sequel to the 2005 animated feature, Red Riding Hood (Hayden Panettiere) and the Wolf (Patrick Warburton) investigate the disappearance of Hansel and Gretel. With the voices of Glenn Close, Bill Hader, Amy Poehler, Brad Garrett and Martin Short. 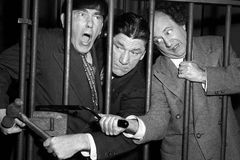 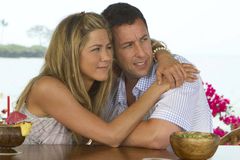 It’s a bird! It’s a plane! It’s a struggling Superman movie!
April 1, 2011
Follow Liam Lacey on Twitter @liamlacey
Report an error Editorial code of conduct
Due to technical reasons, we have temporarily removed commenting from our articles. We hope to have this fixed soon. Thank you for your patience. If you are looking to give feedback on our new site, please send it along to feedback@globeandmail.com. If you want to write a letter to the editor, please forward to letters@globeandmail.com.
Comments