When the publicity gods grant a breaking news story about the very issue dealt with in your documentary as it's rolled out on the festival circuit, this is generally a welcome development. For the director of Drone, recent headlines have indeed meant renewed interest in the subject matter – but also more alarm.

News that a U.S. drone strike had killed two Western hostages held in Pakistan broke shortly before Norwegian director Tonje Hessen Schei brought her film to Hot Docs, where she was looking to secure a distribution deal for the United States. But even if the surge of drone content in the news cycle meant more attention for her film, she was far more interested in what the revelation would mean for the controversial drone program.

"I really welcome this apology from Obama and I think it's a very sad story," said Hessen Schei from Toronto, where the film had its Canadian premiere. "And I hope this renewed interest will shed light on the fact that in so many instances the U.S. does not know who they are killing in a drone strike and that so many civilians are killed. And I also hope this will widen the scope and not just have us be so concerned when our own people, Westerners, are killed. But that also the Pakistani lives have similar value and deserve a similar treatment and apology and justice."

Drone is a searing indictment of U.S. drone strikes in Pakistan, which between 2004 and 2013 killed as many as 200 children, compared with 49 high-profile militants – and as many as 3,646 people in total, according to the film. One horrifying tactic described in the documentary is a double wave of bombing: After the first strike kills and injures people on the ground, rescuers who flock to the scene to help are bombed by a second attack. This has resulted in a reluctance to help the injured, who cry out for help for hours because nobody goes to help them, the film explains.

"I think it's incredibly important for us to see the results of our actions on the ground," says Hessen Schei. "I think especially with drone warfare it allows us to have even greater distance to this war on terror that is being fought on the other side of the world."

And there are deep concerns, which she shares, about how the program is run: a covert operation of the CIA, allowing for a lack of transparency – but carried out by the U.S. Air Force, whose personnel fly the drones.

Further, the program, which is meant to wipe out terrorists, has actually been a catalyst for a surge in terrorist sentiment, with the anger that rises from the rubble. As Lawrence Wilkerson, chief of staff to Secretary of State Colin Powell from 2002 to 2005 puts it, "Tell me how we're winning if every time we kill four, we create 10."

This impersonal sort of industrialized killing program, as the film characterizes it, has been devastating on the ground in Pakistan – but has also had consequences in the U.S. In Drone, two former U.S. drone operators, Brandon Bryant and Michael Haas, share their experiences of killing by remote control.

Their routine included long shifts in a tiny dark control room adorned with a photo of the second plane hitting the World Trade Center on 9/11 as motivation, and doing the dirty job of pushing those lethal buttons – innocent civilians, including children, as well as the bad guys, maybe.

"I thought it was the coolest damn thing in the world: I was like, 'Oh, man, play a video game all day,'" says Haas, in the film. "And then the reality hits you … that then you may have to kill somebody."

It was the video-game connection that gave Hessen Schei the idea for this film. While working on her previous documentary Play Again, about the impact of screen time replacing outdoor play time for children, she came across the story of a gamer who dropped out of high school and joined the military. "And very quickly he was picked to be a drone pilot. And to me the thought of kids going from getting points to kill [in a game] to all of a sudden sitting with very similar interfaces and a similar joystick and then killing real people on the other side of the world got me started to do research around this issue."

The film includes shots of young people attending video-gaming conventions, with military recruiters hovering in their camo fatigues. "It was pretty chilling to see," says Hessen Schei. "It was like the military preying on these kids [who were] there to play and have a good time."

A rough cut of the documentary, which includes Bryant talking about observing a wedding in Pakistan ("These were people celebrating, like, a wedding, you know, but someone in that wedding was a bad person") from his perch in the U.S., was screened by writers of the TV series Homeland in their preparation for its fourth season – which deals with drone warfare. In the season premiere, the CIA's Carrie Mathison (Claire Danes) orders a drone strike that blows up a farmhouse. But that farmhouse, it turns out, was the site of a wedding when the strike hit – killing some 40 innocent civilians.

Part of the challenge with opposing this "war by distance" is its political expediency; when killing is this safe and easy, the U.S. can strike the "enemy" without American soldiers coming home in body bags.

"To me the drones are such a short-sighted tempting tactic where you can sort of take sacrifice on your own side out of warfare and it's easy to sell," says Hessen Schei. "If you remove sacrifice and accountability from warfare, I think you're setting an extremely dangerous example for the world."

And experts she interviews believe the use of military drones will ramp up and become a common tactic – not just by the U.S.

"I think it's incredibly important that we have a voice and that we understand the consequences of what is going on," says Hessen Schei, who says the reaction at screenings has been hugely positive. "Are we fighting terrorism in a good way, or are we fighting terror with terror?"

Drone screens at DOXA, Saturday at 2 p.m. at the Cinematheque in Vancouver. 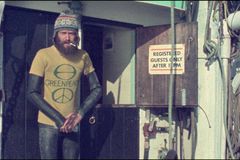 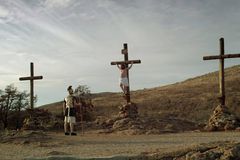