Your father disappears from your life, abandoning you and your big brother as he takes off for Thailand – and then dies mysteriously a few years later. You find out your dad has more children overseas. And then you learn this shocker: that his son and daughter in Thailand have the same names as you and your brother.

This creepy, true story is the subject of Chelsea McMullan's new documentary Michael Shannon Michael Shannon John, having its world premiere at the Vancouver International Film Festival, which opens on Thursday.

McMullan, 31, studied film at York University with Shannon Hanmer when they were in their early 20s. They were friendly at school, and Hanmer had told McMullan about her father, John. A former police officer, he had been killed in the Philippines when she was 16.

"And I was like, 'Wow, you should make that into a film,'" McMullan recalls.

But Hanmer hadn't spoken to her father for two years when he died – and hadn't seen him since she was 7. She knew very little about his life overseas.

Then, a few years later, Hanmer contacted McMullan and asked her to meet for a drink. Over pork-bone soup and soju in Toronto's Koreatown, Hanmer reminded McMullan of the story and told her what she had learned about her father and his second family – the detail of their doppelganger names in particular. She asked McMullan if she would be interested in making a film about it.

"What spurred her to get in touch with me was she got added [by Shannon Hanmer in Thailand] on Facebook," says McMullan from Toronto, where she lives. "I think to sort of see a photo of this person that is like the Thai version of you really spurred her desire to meet them."

The Facebook friend request meant that Canadian Shannon – who had always pictured herself as a sort of Carmen Sandiego type as she tried to track down her half-siblings overseas, looking in phone books and such – was much closer to the answers that had eluded her for years.

"It was just so easy," McMullan says. "A click of a mouse and she sees the person, and it changed everything."

Michael Shannon Michael Shannon John is told in three parts, beginning in Ontario – Hamilton, where Canadian Michael and Shannon grew up, and Toronto, where the siblings live now. Michael is a musician; Shannon works in genre film – she demonstrates her ability to create bloody special effects in the documentary. She is also an associate producer on the doc.

The third part takes place in the Philippines, where John was shot and killed in 2000.

McMullan spent a month filming in Asia ahead of Canadian Michael and Shannon's trip to Thailand. She shot in Bangkok and Pattaya – a tourist destination with a bustling sex trade, and home to Thai Michael and Shannon's mother. McMullan and her crew were hampered by the presence of a Thai government attaché who shadowed them, taking notes, and who had to approve everything. (Eventually, McMullan realized she would have to shoot some footage surreptitiously without him, and with a skeleton crew.)

The Philippines shoot was a four-day whirlwind ("It was like being in a fever dream," McMullan says), which netted a surprising payoff.

At the centre of the film is the long-dead John. Who was this man, who had met his end through "this very spectacular, mythological sort of demise," as McMullan puts it? Was there anything redeeming about this ex-cop who had abandoned his children – twice?

An old video of John in the Philippines, which surfaced at a very late stage in the film's production, is illuminating and seems to bring the mystery man to life. It shows a middle-aged John interacting with young dancers at his bar.

"The footage is just so surreal," McMullan says. "And it's so surreal to see him after all the mythology. Even for me. [It was] the first time I actually saw his image, because he was just this big shadow to me throughout the whole film. And then you see him and it makes a lot of things clear."

(A fact not dealt with in the film: John also had a child in the Philippines. A son, named John.)

A complicated story such as this presented many challenges in the telling. The first cut of the film was seven hours.

"You start screening in the morning and you end when it's dark out," says McMullan, who eventually got the film down to 80 minutes. "There were just so many different ways to tell this story."

Like her first feature, the dreamy, atmospheric My Prairie Home (about Canadian musician Rae Spoon), nuance wins out over exposition. The sound – which incorporates atmospheric clips gathered in each of the shooting locations and a powerful soundtrack by composer Alaska B – is a key element. Even if details got left on the cutting-room floor, this is one strange, unforgettable story. 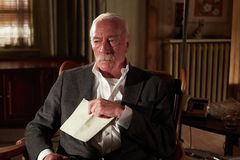 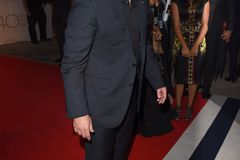 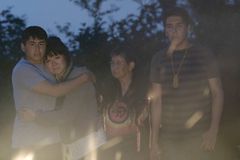