We are days away from the start of the 42nd Toronto International Film Festival, which means that it's time to begin prioritizing what really matters: meeting and impressing celebrities.

As per TIFF custom, every actor and director on the planet will descend upon our fair city, inciting pandemonium or, at the very least, a lack of cynicism we typically reserve for events that boast red carpets. To prep you for upcoming nights spent standing next to people you've always claimed would be your friend if they just knew you – like, really knew you – here are the conversational shortcuts into the hearts and minds of the famous faces we expect to see this year. Just remember who masterminded all of it. (Me.)

Approach politely and shake her hand. Tell her my best friend and I watched The Flintstones every day for a month in fourth grade. Stand aside as I listen to her tales of working with Kyle MacLachlan before she and I decide she should be cast in the next season of Twin Peaks. You, a pawn in my game, have left two hours ago.

Recently, a few photos of Winslet holidaying with my (rumoured) boyfriend, Leonardo DiCaprio, surfaced online, bringing attention to the fact that as Titanic turns 20 this year, they have never let go. So throw a curveball by bringing up Celine Dion's current renaissance. Parlay it into an enthusiastic speech about My Heart Will Go On before asking directly why Leo will not reply to me on Twitter and continues to act like we've never met. Yell, "I hope you enjoy your time together!" while being led by security out of the room.

Refrain from making any puns about his name as it is not the year of our Lord, 2013. Instead, show up in a wig similar to the one he wore in The Fifth Estate to assert your power by proving that some of us do not forget. Badger him with questions about the new season of Sherlock because I have many.

Do not mention The Wire. Do not call him Luther. Do not bring up that Stephen King movie that everybody hated last month. Instead, stand with purpose. Furrow your brow. Coolly nod in agreement the way I'm sure Idris does in his spare time. Leave immediately after doing all of these things to avoid saying anything stupid, which you absolutely will.

Stand up and applaud. Walk home listening to the Big Little Lies theme, knowing you have been blessed.

As the former star of Billy Elliot, ask him to dance – for you. He will proceed, so lead a chorus of "Spi-der-Man!" as Andrew Garfield backs out of the room quietly, a single tear running down his cheek.

Ask him how old he is. Call him a liar, regardless of his response.

Find Rachel McAdams and insist on ditching whatever party you're at to instead get noodles someplace nearby. Revel in being in the presence of two Canadian queens and then ask their opinions on Shania Twain's new single.

Or, sit atop the CN Tower and let him come to you. 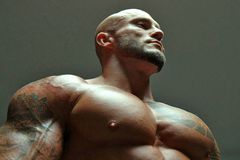 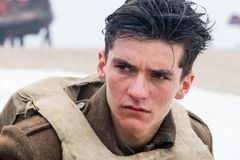 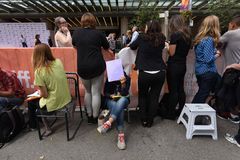