The Lumière brothers were among the first filmmakers in history. Sisters Kate Mulleavy and Laura Mulleavy are the latest in a long tradition of cinema siblings. Together they have written and directed Woodshock, a downbeat psychological thriller starring Kirsten Dunst as Theresa, a California dispensary worker dealing with the death of her mother.

Woodshock's plot may be linear, but it's refracted through Theresa's cannabis-fuelled journey, with cinematographic techniques that further intensify the bewilderment and disassociation typical of bereavement: plentiful pulsing neon, lens flares and double exposure effect an experience as hallucinatory as Theresa's psychic state. She lives at the edge of a primordial redwood forest, all the better to explore the isolation and mental confusion of profound loss (and being lost in woods is what gives the movie its name).

"I've never personally watched a film where I've felt that time was slowed down enough that you could feel as disoriented as the person going through that grief process," Laura Mulleavy explains over the phone from her hometown of Pasadena, Calif., (in a rare solo chat, because Kate isn't feeling well). The subjectivity of their lead character, an emotional vessel for the viewer, drove every choice they made. "To tell a story that was immersive and also very emotional, that was about the environment and about the female body," she continues, "it seemed really important to use this stream of consciousness narrative to get that across, and to make you feel fully attuned with what Theresa is feeling."

Since the world premiere at the Venice Film Festival in early September, people have been "very free" in coming up to the directors and sharing their own experiences of grief, Mulleavy says. "Saying, that's exactly what I went through and it's because of this idea that your world stops, things are no longer the way you perceive them to be. Some people are more open to that than others," she adds. "It depends on your own life, your own interiority."

At Venice, they did double duty, not only creating the work on screen but also the gown Dunst wore on the red carpet. They're already well-known as the designers behind independent fashion label Rodarte, founded more than a decade ago in Pasadena. Woodshock has been a quasi-secret work-in-progress since 2011, but the two creative spheres have always influenced each other.

On their journey to the runway, the Mulleavy's self-education in film has been well-documented as a primary source of inspiration (as has their mutual love of horror films). One of their early clothing collections included crimson and white chiffon "slasher" dresses, for example, and in a different medium of artistic expression, the movie explores some of the same preoccupations (death and violence) and themes (swirling blood). Fine art and cinema narratives are frequent references, from Victor Erice's Spirit of the Beehive and Masaki Kobayashi's Kwaidan to Bernini's Ecstasy of Saint Teresa sculpture. The latter has already been the catalyst for a previous fashion collection and in Woodshock provides both the protagonist's moniker and the basis for a memorable scene.

Not that this is their first professional foray into film. As Rodarte, the Mulleavys collaborated on several of the feathered ballet outfits in Black Swan and later made their official costume designer debut as part of the creative team of the Los Angeles Philharmonic's ambitious 2012 production of Don Giovanni (Frank Gehry did the sets). When I spoke with them at the time, Laura remarked on how often they are drawn to creating and exploring texture – that plain-Jane fabrics always seem to be the ones that end up languishing in a studio corner.

You could say the same thing about their on-screen storytelling approach. They've crafted a lush film that is as complete a sensorial experience as is possible. "Not only is it asking you to listen to the sound design, or watch the characters perform, or to listen to the score or see the visuals," she says. "It's using all those senses of sight and sound but it's also using touch." They attempt to engage and convey the challenging sense of tactility by filling and layering frames with texture – prismatic cut crystal, aged-wood panelling, rustling fringed hems, gnarled tree bark and curtains of gauzy lace and encrusted embroidery.

Whether it's in cinema or in fashion, their self-taught outsider approach has its advantages. "For me, what we bring is maybe a fearlessness to saying something we believe in and not worrying about what people think," Mulleavy says. She's also proud that the film represents who they are as creators and thinkers, especially because they've worked hard, "for a really long time to be given trust in our voice."

"These opportunities aren't given to everybody," she acknowledges. "That is the discussion in film now and that's why it's exciting: Who gets to tell stories and why are they given that privilege. And with women, what you learn over the years is that opportunities are afforded people based on their experience, not on their potential," she adds. "Which is something that is systematic in all fields." 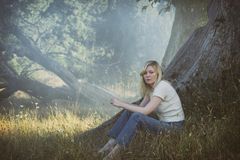 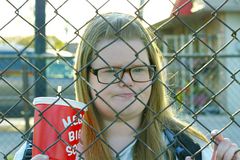 Film Review
Review: Victoria and Abdul trips up in the colonialism it tries to expose
September 29, 2017 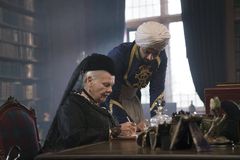