'It's a nightmare" is how David Robert Mitchell describes It Follows , and while critics have been turning curlicues trying to do the film justice since it debuted last year at Cannes, the writer-director's description is on point: Mitchell's sophomore feature is one of the freakiest horror movies of the new millennium. Awakening after being forcibly sedated by her hot date, 19-year-old Jay (Maika Monroe) learns that she's contracted a paranormal STD that takes the form of a slowly encroaching ghost. No matter where she goes, the thing will follow her in various guises, at least until she passes it on to somebody else by sleeping with them – a hook-up that comes weighted with a death sentence.

"It's not something that you're supposed to understand in a logical way," Mitchell explains. "The thing [in the film] is impossible, and to try to explain it wouldn't really lead anywhere. It would strip it of what's so scary about it."

This hasn't stopped people from trying to analyze It Follows as a meditation on sex and death along the lines of the early films of David Cronenberg. And Mitchell leaves plenty of room for interpretation, both in his sparsely composed widescreen frames and his cheerfully non-committal comments in interviews. "There are a lot of themes and ideas that were at the front of my mind when I wrote the script," he says. "There's also stuff that was at the back of my mind, which I just let sit there. And then there's everything that all the people who go to see the movie bring to it by themselves."

With its elegantly choreographed camera movements and emphasis on tension – multiple scenes are built around Jay sitting with her friends waiting for the monster to arrive – It Follows feels like a throwback to the slow-burning horror movies of the 1970s, as well as a kind of strategic intervention against jump scares. The twist here is that the monster is always in plain view, even if we're not always sure which of the background figures it's inhabiting until it starts making a beeline for Jay. "There are a couple of [jump scares] in there, but I tried to avoid them," Mitchell says. "My plan was to set up this terrible nightmare and then make everybody wait around. To me, that's more disturbing than actually confronting it. It's all about anticipation."

In the character of Jay's childhood friend Paul (Keir Gilchrist), Mitchell has created a pitiably sympathetic white knight figure: He's so in love with Jay that he's willing to be her sacrificial lamb, and he gets jealous when she initially decides to fob off her predicament on a taller, handsomer rival. "Only a stupid teenage boy would invite something like that onto himself," laughs Mitchell, whose previous film, 2011's The Myth of the American Sleepover, examined teenage mating rituals from a less perilous perspective. "He's so desperate for affection and a connection with this girl that he puts himself in harm's way." Much of It Follows is comic, and yet the film is also distinguished by its sense of empathy. We're never cued to root for a character's demise.

"So much of the movie has a soft, gentle feeling," he says. "It's very low-key, and then things go crazy. I needed actors who could hit both of those levels, who could reach the peaks but also have it be believable. It had to be that when someone is onscreen screaming or crying, it's someone we care about. I think the film works because Maika makes us care. We're worried about her."

If It Follows is an uncommonly earnest 21st-century horror movie, it's also as slyly postmodern as anything this side of Quentin Tarantino, with numerous references to classic genre films. There's an interlude in an indoor swimming pool that evokes the black-and-white classic Cat People (1942), and there are some creepy suburban streetscapes straight out of Halloween (1978), although Mitchell won't cop to any sort of deliberate homage. "I'm a big fan of John Carpenter and his camera style," he says. "His compositions are incredible, and so is his blocking. I watched Halloween at some point before we shot the film, but there wasn't any point where I was like, 'This is my Halloween moment.'

"I think it's more a tonal thing," he adds. "John Carpenter lets things breathe, and a lot of other directors don't do that." The irony is that by following Carpenter's atmospheric example, Mitchell has made a movie that's going to have plenty of people hyperventilating in the theatre.

Film Review
A fitful, disturbing dream: The superb horror of It Follows
May 12, 2018 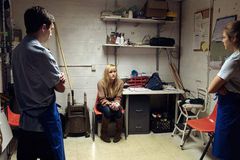 Interactive horror comes to a tablet near you through Voyeur
May 12, 2018 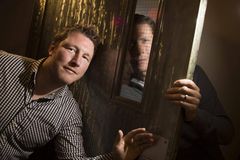 How horror has influenced pop culture
May 12, 2018 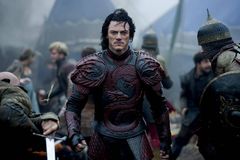