Once upon a time, the land of Hollywood North was in despair, fighting the evils – a high dollar! tax issues! – of the local production industry.

At Vancouver Film Studios, last January was especially dire: Only three of their 10 stages were occupied, largely owing to the cancellation of the Syfy series Eureka last year.

Then Prince Charming appeared in the form of pilot season. Nine pilots rode into town, eight of which went to camera – including Beauty and the Beast, which requested VFS's last two available stages, and even took over the administration's desks to accommodate production.

But, alas, a fairy-tale ending was not to be.

Beauty and the Beast did not get picked up (a different show with the same name did, however). And now that both the Canadian and American networks have revealed their fall lineups, B.C.'s production industry is assessing some less than inspiring results: Of the pilots shot in Vancouver, the U.S. networks have picked up only four: Arrow; Emily Owens, MD; Cult and Red Widow. Meanwhile, Alcatraz, The Secret Circle and the Canadian sci-fi series Sanctuary were cancelled. Fringe was put on notice that it would just one more season on Fox.

Coupled with a disappointing number of features, none of this is what the industry needs to calm fears over its future. And with a high Canadian dollar, the imminent disappearance of the film-friendly HST, and – the real evil stepmother in this story – a lack of parity on tax credits, the B.C. production industry is now looking to protect its billion-dollar industry. One step is lobbying the province on tax credits. Another: aiming at a national film strategy.

Certainly, any talk about the film and TV industry in B.C. is bound to lead to tax credits: the provincial tax credit on foreign film production is 33 per cent on B.C. labour, compared with the far more attractive offers in Ontario and Quebec: 25 per cent of the overall spend. As a result, work has gone east.

"I think it's quite good," B.C. Film Commissioner Susan Croome says. "We lost three, but we gained four. We're net up one ... so we're holding our own."

It's not quite good enough to calm fears about B.C.'s production industry. The level of feature work is a concern, even with the big budget Percy Jackson: Sea of Monsters shooting in town.

B.C. production types like to play down the competition with Ontario, but there were quiet gasps when industry figures came out earlier this year. While 2011 saw a 16-per-cent increase for B.C., it slipped to the No. 4 ranked production centre in North America, with $1.19-billion in production compared with Ontario's $1.26-billion.

With its significant market share and locations across the country, lighting equipment giant William F. White can be seen as a barometer for Canada's production industry. And Chairman and CEO Paul Bronfman believes that the situation in Vancouver last year was even worse than the film commission's figures suggest.

"I don't know where they get their numbers," he says. "Our market share runs about 60 per cent in Vancouver – and Vancouver was way down." By about 29 per cent, he says.

"If we are on an equal playing field with Ontario in terms of tax credits, we'll kill them," Mitchell says. "I don't think we need to do that. We just need to get closer."

Peter Leitch, president at North Shore and Mammoth Studios, is working on it. As chair of the Motion Picture Production Industry Association of British Columbia, he is is in talks with the province about the tax-credit situation. And at the federal level, he is trying to raise interest in creating a national strategy on film and television production. A more level playing field would benefit B.C., but also ensure that provinces don't compete against each other so much as they compete against jurisdictions in other countries.

Vancouver lost the big feature The Wolverine to Sydney, after the Australian government offered a $12.8-million (Australian) tax incentive to the X-Men sequel. And some U.S. states are offering generous (some argue unsustainable) tax credits, including Louisiana. New Orleans is calling itself Hollywood South these days, and has lured a couple of features that some feel belonged in B.C.: Vancouver native Seth Rogen's The End of the World, currently shooting in New Orleans, and 21 Jump Street, based on the Vancouver-shot TV series.

Moreso than Ontario, B.C. is heavily invested in the so-called service industry – with foreign productions accounting for about 80 per cent of the business traditionally, and domestic productions only 20 per cent. Leitch says that has probably fallen to 15 per cent.

Canadian announcements did confirm new B.C.-shot series Motive and Package Deal, which join locally shot Canadian productions such as Arctic Air, Continuum, Mr. Young and Primeval-New World, as well as high-profile reality series such as Real Housewives of Vancouver and The Bachelor Canada.

The industry wants to see more of the higher-budgeted scripted series. The B.C. Producers' Branch of the Canadian Media Production Association is part of a coalition calling for the creation of a B.C. Media Development Corporation, similar to Ontario's, to help boost Canadian productions.

The digital-animation and visual-effects sector meanwhile, has seen substantial growth. Major players such as Pixar, Sony Pictures Imageworks and George Lucas's Industrial Light and Magic have set up shop in Vancouver. And local companies are growing to accommodate the demand.

"This is now a destination for Hollywood," says Jason Dowdeswell with Image Engine, a Vancouver company that established itself with its Oscar-nominated work on Neill Blomkamp's District 9. "We have what I call the three Ts: the tax credit, the talent and the time zone."

The 17.5-per-cent Digital Animation and Visual Effects (DAVE) tax credit has helped to boost the industry to the point where there are almost 20 major visual-effects houses operating in Vancouver.

While both Leitch and Mitchell warn that their studios are owned by real-estate developers, who could decide that townhouses would be more economically viable than television, the players seems to be betting on a future for this industry, with continued investment in infrastrcuture.

VFS is building two more stages. Across the bridge, North Vancouver's Capilano University recently opened the Nat and Flora Bosa Centre for Film and Animation, funded in large part by the Bosas, who own North Shore and Mammoth. The $40-million, 6,662-square-metre state-of-the-art facility serves as a gleaming commitment to the future of film in this part of the world: a sort of castle, counting on a happily ever after.

Thor Freudenthal directs this Percy Jackson & the Olympians: The Lightning Thief sequel – based on the bestselling books by Rick Riordan.

This feature adaptation of the children's game will reportedly star Adam Sandler, who filmed Happy Gilmore here in the nineties.

The first Canadian version of the competitive romantic "reality" franchise is shooting on the west coast of B.C.

This Cartoon Network series follows four unlikely friends who accidentally open a portal from the virtual world to the real world.

Now in its seventh season, Psych is currently the USA Network's longest-running series. It shot its 100th episode last week.

"Liquidation King" Jeff Schwartz wheels and deals his way through everything from heavy machinery to 96,000 packages of noodles. OLN will announce a launch date soon for this new series.

Now shooting Season three, this horror-fantasy series is based on the books by R.L. Stine.

Movie of the Week

(once known as straight-to-video) 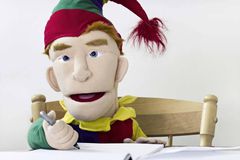 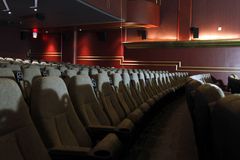