In June of 2015, Misty Copeland made history by becoming the first black female principal dancer at a major ballet company.

Her rise through the ranks of the American Ballet Theatre accorded her a celebrity status that the ballet world rarely sees. There were sponsorship contracts worthy of star athletes – you've probably seen Copeland's "I will what I want" campaign for Under Armour, her muscular legs spinning at breakneck speed en pointe. Articles such as author Rivka Galchen's 2014 bio-piece in The New Yorker secured Copeland's importance in contemporary cultural discourse. If you're not a dance buff, Copeland might be the only ballerina you can name.

Nelson George's documentary A Ballerina's Tale captures Copeland at a crucial juncture: She's been promoted to soloist just as an injury threatens to end her career. The political context of her story has a similar paradox: Copeland's stardom has given ballet a renewed surge of relevance in the same breath that it draws attention to ballet's extreme backwardness in regards to race. The fact that ballet's overwhelming whiteness endures in the 21st century is more than an egregious diversity issue; it's a huge contributor to ballet's oft-perceived obsolescence.

A young African-American woman from working-class roots knocking down obstacles in an old system, while broadening ballet's mass appeal, makes for a pretty fantastic, ennobling story. But it's a complicated story that requires digging deep into uncomfortable questions about ballet's rigid aesthetic standards and the economics and availability of training. George doesn't give it the depth or analysis it requires.

As an examination of how idealized conceptions of the ballerina have fed racial homogeneity in the industry, A Ballerina's Tale sticks with stuff we already know. George starts with flashes of text about ballet's aristocratic, European roots, then builds to interviews in which former dance critics discuss ballet's oft-cited obsession with thinness. Black dancer Victoria Rowell talks about feeling like the odd-woman-out at ballet school in the seventies and Copeland discusses being more muscular and curvy than the balletic ideal.

What isn't examined is how Copeland's success is tied to the many ways that she does have an ideal ballet body – prominently arched feet, natural turn-out and flexibility, an elegant neck and long arms, which gives her a gorgeous expansive port de bras that complements her much-noted lower-body strength. The result is to simplify the discussion about physical standards and race, making Copeland seem as if she's subverted all kinds of stereotypical expectations when, in fact, her excellence has hinged on her natural ability to satisfy them.

In order to provide real insight into why companies aren't hiring enough black dancers, George needed to ask more difficult questions that could have shed light on entrenched misconceptions about bodies and race. He needed to interview the artistic directors who are turning black dancers away, then the principals of the major feeder schools who aren't admitting a student body that reflects a multiracial population. In an age when diversity in the arts is on everyone's radar, and debates rage between colour-blind casting and affirmative action, why does ballet lag behind?

A Ballerina's Life also fails to capture what should have been its easiest task: the majesty of Copeland's dancing. Ballet experts will note her sharp musicality, grace and fantastic extensions, but we don't get enough footage that displays the "presence" that her colleagues and fans are so effusive about in the accompanying interviews. There's none of the hallmark jumping that is so central to her story – daily, all-powerful jumps are what cause the serious stress fractures to Copeland's shin that require surgery and threaten the end of her career. George started to film her in 2012, right around the time she became injured, but old footage of her performing grand allegro would've provided a meaningful sense of cause and effect.

Still, the film is not without its poignant moments. There's a beautiful one in which the aging Raven Wilkinson, one of the first prominent African-American ballerinas, visits Copeland in her apartment. Copeland tells Wilkinson that she cried when she first saw her on film, and the two join hands and, rather hilariously, perform all the complex, co-ordinated head moves from Swan Lake's famous Cygnets Dance. Others occur mostly during Copeland's slow convalescence from surgery, when her typical vivaciousness is replaced with stoic, but palpable, fear. In her anxiety, the stakes of not recovering are made visible and, with them, the intensity of her devotion to her form.

Director Nelson George on his new documentary A Ballerina’s Tale 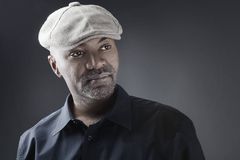