After Anomalisa premiered at the Toronto International Film Festival this past September, you could practically hear the sighs of relief echoing throughout the theatre. Finally, it seemed, there was a TIFF movie worthy of adulation, after a festival otherwise stuffed with feel-good Hollywood fare (The Martian), middling art-house offerings (Freeheld) and outright disappointments (I Saw the Light). Critics could go home satisfied that the fall movie season was saved, and festival organizers could feel relieved they produced a worthy Oscar contender and future classic. Cue the happy ending.

But for all the praise tossed Anomalisa's way – "a movie with wit to burn," The Guardian raved; "a minor miracle," Variety cried – I couldn't help but walk away underwhelmed. Or at least puzzled by its cinema-saviour status.

It's not as if I wanted to be the outlier. After all, the film comes from the mad mind of screenwriter Charlie Kaufman, whose Adaptation, Being John Malkovich and Eternal Sunshine of the Spotless Mind remain among my most cherished movies. (I even adored his directorial debut, the oft-pretentious but still wild Synecdoche, New York.) And in a seemingly progressive bit of cinematic trickery, the very serious and very adult Anomalisa stars not a cast of humans, but stop-motion puppets, in the style of cutesy kids' flick The Nightmare Before Christmas and that old Rudolph, the Red-Nosed Reindeer TV special. It's as if the film was designed to appeal to both my inner child and my inner snob. Both were left feeling disappointed.

Anomalisa, adapted from Kaufman's own stage play, is mostly a two-hander: It chronicles the quick and messy relationship between Michael, a bestselling author of self-help business books (voiced by David Thewlis), and Lisa, a cubicle drone with a serious self-esteem problem (Jennifer Jason Leigh). (There's also a third voice, too, but revealing the specifics of Tom Noonan's role would spoil the film's one sharp turn.)

The unhappily married Michael is in the midst of a midlife crisis, if not a full-blown breakdown, while the single and shy Lisa is simply seeking validation from the outside world. A flirtation begins, and develops into something deeper – or something that Kaufman assumes is deep. Really, the pair's banter and interactions are paint-by-numbers simple: depression and neuroticism as sketched out by a child, perhaps the same sort of child who'd prefer stop-motion puppetry to flesh-and-blood performers. And that's where the film's biggest irony, and weakness, lies.

Kaufman wants to use an inherently immature style of movie making to give heft to his serious (but in reality, quite weak) subject matter. Puppets who have real feelings and awkward sex? A story of life's desperate corners told through the lens of what's essentially a cartoon? It's a backward trick that mistakes the bizarre for the brilliant.

Without its stop-motion conceit, would anyone be talking about Anomalisa? Would critics and audiences be so enamoured with its stunted characters and predictable narrative? That may come across as an easy dismissal of the technological and artistic prowess on display here, but by applying a gloss of childish kitsch to an otherwise mediocre tale, Kaufman is forcing the question to the fore. Yes, the filmmaker and co-director Duke Johnson laboured for years over this project, and their set design is often astonishing. But that doesn't mean the film is a masterpiece, or even half a masterpiece.

Anomalisa will be described by many as bold and revelatory and even a new step in cinema. But there are strings attached – you can see, over and over again, where it all falls down. 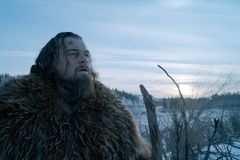 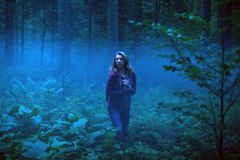 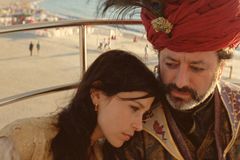