The same economic "expand or die" principle that has transformed modern farming has parallels in the movie business, a lesson that's hard to avoid in the acclaimed Iranian-American director Ramin Bahrani's fourth feature film, At Any Price.

The 38-year-old Bahrani, whom Roger Ebert hailed as the new American director of the last decade, has, to date, specialized in narrow-but-deep stories about the struggles of urban immigrants, including Man Push Cart (2005), Chop Shop (2007) and Goodbye Solo (2008). With a bigger budget (from under $1-million to $5-million), stars like Dennis Quaid, Heather Graham and Zac Efron, and a story set in the corn-fed U.S. heartland, Bahrani aims at a wider audience than his previous films have reached so far, but in the process he has sacrificed much of his artisanal, personal approach.

What remains "indie" about At Any Price is that this is an unabashed social-message film – one that plays out like a cross between the agribusiness exposé Food, Inc. and Arthur Miller's Death of a Salesman.

As in Miller's play, the drama is structured around a dominating central performance of a morally flawed character who can't distinguish between hope and hucksterism. Quaid plays Henry Whipple, an Iowa farmer who owns more than 3,000 acres of inherited land, although nowadays his main business is less about growing crops than selling a line of genetically modified seeds to smaller farmers. By policy, the seeds cannot be reused from year to year, which leaves the farmers perennially beholden to their corporate overseers, and middle-of-the-food-chain sellers like Henry in competition to avoid bankruptcy.

Henry, who is about as subtle as an oncoming combine, thinks nothing of attending a stranger's funeral for a chance of picking up more business. Behind his face-stretching smile and arsenal of ready quips ("Remember your ABCs – Always Be Closing!"), he is not a man at ease. He's in a battle for survival with a more capable farmer-salesman, Jim Johnson (Clancy Brown). When not relieving his stress at the local chiropractor, Henry cheats on his devoted wife (Kim Dickens) with Meredith (Heather Graham), a former cheerleader who works down at the farmer's co-op.

A third-generation farmer, Henry endures the contempt of his self-reliant father, Cliff (Goodbye Solo's Red West), and hopes, in vain, to pass on his business to one of his sons. The favourite, Grant, who never appears in the film, is off travelling the world, sending the occasional postcard home to his mom. Recent high-school graduate Dean (Efron) is more interested in race-car driving than farming and holds his father in contempt, though he turns into a hothead when his family is threatened.

In its initial scenes, At Any Price offers an almost anthropological look at heartland America. Scenes filled with local extras are the most effective, including a slideshow pitch from a seed-company supervisor, and the town singing an off-key national anthem before a car race. That makes it a particularly jarring decision to cast actors as conspicuously pretty as Heather Graham and Zac Efron, who stand out among the faces of the townsfolk like camellias in a corn field.

The real show here is Quaid, in a performance that is uncomfortable in a good way. With his crooked posture and head-bobbing gait, he has invested himself in a character of boundless energy and near-comic desperation. Only one other character in At Any Price jumps out from the general backdrop of worthy earnestness: Cadence (19-year-old Maika Monroe), a teenager who is Dean's sometime girlfriend. Henry briefly hires her as an assistant on his sales route, and the scenes between the two of them in the car – the awkward, puffed-up, middle-aged man and the insolent but curious teenager – are the movie's most free and human moments. They probably should have been the core of the film.

Everything else here, unfortunately, seems to have been scooped from a seed bag labelled "American Heartland Tragedy – Warning: Do Not Tamper or Modify." 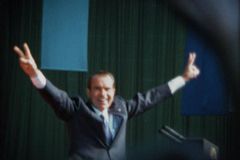 Documentary maker takes on the ethical morass of the organ trade
April 19, 2013 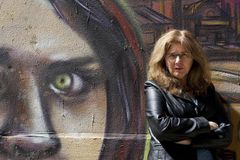 Film Review
Blackbird: An uneven but well-acted slice of teen alienation
May 10, 2013 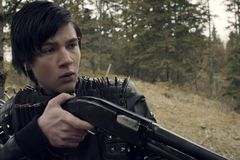 Film Review
Graceland: All the characters are at least a little shady
May 10, 2013 Film Review
Peeples: Meet the Parents by way of Tyler Perry
May 10, 2013