Zack Snyder's Batman v Superman: Dawn of Justice is many things. A clash of comic-book titans. A blockbuster decades in the making. A chance for Ben Affleck's mighty chin to one-up Henry Cavill's dimpled masterpiece. (It is not, alas, a small-claims case winding its way through Gotham's judicial system.) But more than any of those things, BvS represents the hopes and dreams of its studio Warner Bros., and even the future of Hollywood itself.

The new film is ostensibly a sequel to Snyder's 2013 epic Man of Steel, in which Cavill's Clark Kent tried to live a normal life when not inadvertently inflicting a massacre upon Metropolis during a fight with his Kryptonian nemesis. But instead of being another solo Supes adventure, BvS ups the ante to include everyone's favourite orphan vigilante, and a half-dozen other DC Comics characters who, Warner hopes, will carry their own franchises some day soon. So soon, in fact, that Warner has mapped out nine DC films until the year 2020, with one (Suicide Squad) opening this summer, and three others (Wonder Woman, Justice League: Part One and Aquaman) in various stages of production.

It's all part of a bid to compete with Disney's game-changing "Marvel Cinematic Universe," which counts the likes of Iron Man, Captain America, Thor and the Avengers films as part of its ridiculously successful brand – a brand that has changed the very nature of blockbuster filmmaking. You can see the ripple effects in everything from the endless Fast and Furious franchise to the rapidly expanding Star Wars galaxy. Films cannot exist on their own any more – each must instead be a marketing plank that leads to another.

To catch up, Warner has bet half a decade worth of development and billions of dollars on the back of Snyder's vision. Well, you win some, you lose some. BvS is not only an embarrassing effort to kick-start a business plan, it is a shambolic, ill-advised, white-hot mess of a movie. During its two-and-a-half bewildering hours, BvS piles bad decision upon bad decision, as if Snyder decided to pull a Springtime for Hitler on Warner and turn in something so wrong-headed and offensive that it could only succeed by failing.

To be clear, the superhero genre is not an easy one to screw up. The Marvel films have proven time and again that even the blandest of filmmakers can succeed given a few key elements to play with: humour, sharp casting, a sense that one story affects an entire universe of others. Maybe a talking tree, we're not picky. These are lessons that Snyder must have recognized, taken a good look at, and then thrown in a dumpster – which he then promptly set on fire.

There are so many baffling elements to BvS that singling out any one is to be paralyzed by choice. Where to start? Perhaps it's with Snyder's approach to his title heroes, who he doesn't seem to like all that much. Snyder's Superman is not a paragon of virtue and selflessness so much as he is kind of a jerk. Kal-El sneers, sulks and lashes out. It's a complete mishandling of the character who, at his best, inspires hope and courage, not fear and disgust.

Perhaps, though, Superman's shabby treatment was chosen so we'd more easily identify with Bruce Wayne's bizarre determination to beat the guy up. The film's title promises a battle royale, so there's got to be something worth tussling about. In this case, Snyder torques Superman's altruistic persona by positioning him as a careless weapon of mass destruction, with Affleck's Wayne as the world's last rational man: a pessimistic pragmatist who believes that the God-like Kent must be controlled. Plus, Superman seems awfully smug, so hey, maybe Batman should just kill the guy?

This is the question that the film's first hour and a half sluggishly ponders, adding in all sorts of pointless distractions to the mix. This includes, but is not limited to: a subplot about African arms dealers; the threat of a dirty bomb; the political quest of a man who lost his legs during Superman's Man of Steel shenanigans; the nonsensical machinations of Lex Luthor, played with delirious Zuckerbergian glee by Jesse Eisenberg; newspaper editor Perry White's insane budget requests; Michael Shannon's magical General Zod corpse; a Kryptonian version of Siri that lives inside a crashed spaceship; and a U.S. senator played by Holly Hunter who may or may not have drank a bottle of Luthor's urine.

Somewhere in between all this madness – and make no mistake, very little here makes any sense, even in the context of a movie about aliens and caped men battling over green space rocks – Snyder completely diminishes every female character who wanders along. While the why-so-serious men bulk up, brood and bleed, the women are either used as props (Luthor's provocatively dressed, wordless assistant), bargaining chips (Amy Adams's Lois Lane and Diane Lane's Martha Kent are both damsels in the worst kind of repeated distress) or Easter Eggs (Gal Godot's Wonder Woman makes a hell of an entrance, but is little more than a tease for her upcoming standalone movie).

Just as with Watchmen, Sucker Punch and 300, Snyder occassionally reminds the audience – and perhaps Time Warner shareholders – that he can be an inspired visual madman, with a few shots so fantastically designed and staged that they could be freeze-framed and drooled over for hours. A cornfield-set funeral is washed out and hyper-realized that it goes past absurdity to become something close to high art. A visit to LexCorp headquarters is a trip into the extremes of millennial office-design fetishism. And a Bruce Wayne nightmare is a captivating blend of gritty dystopia wasteland and ultra-crisp colour palette.

Yet that funeral scene is devoid of emotion. Luthor's whole reason for existing in the film is dubious. And Batman's dream sequence is so poorly conceived (why is Batman wearing a trench coat atop his suit? What's with the flying insects? Why was a dream envisioned from perspectives other than the person dreaming? Was that who I think it was during that message-from-the-future bit? If so, why? Why???) to be laughable. The film might be pretty to look at, but narratively speaking, it is a disaster.

Warner wants – no, needs – you to latch on to BvS 's versions of Superman, Batman, Wonder Woman and the rest of the Justice League if the studio is going to succeed in the marketplace. By the film's end, you should – no, must – be giddy with anticipation of what big, bad threat is lurking around the corner for these super friends. But there's no purpose for this aggressive world. Instead of letting Snyder's justice dawn, his vision should simply shuffle off into the twilight. 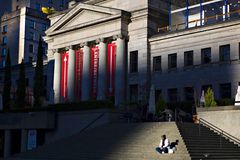 What Superman can teach us about leadership
March 9, 2016 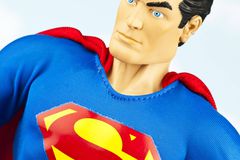