I suspect the teenage target audience of Before I Fall will be able to identify with the didactic repetition Samantha (Zoey Deutch) is forced to endure in the film more than the producers even thought possible: Who, after all, is more accustomed to being moralistically lectured by people who haven't bothered to understand them than our own misbegotten youth?

Essentially a "you've got some serious thinking to do, YOUNG LADY" speech dressed up in its best Groundhog Day outfit, Before I Fall takes the premise of Harold Ramis's rom-com and drains it of soul, soft touches and humorous pathos, plodding through its message of being a better person with all the sprightly grace of a sedated subterranean rodent being dragged out of a pretend hibernation den. If its searching opening narration about the number of days we may have left doesn't power your brain down into "just let mom finish this so I can get my phone back" mode, the dozen or so examples of social-media-cribbed teen-speak ("Major FOMO," someone literally says out loud at one point) should convince you that all the adults here are just trying to talk to themselves from 20 years ago.

We meet Samantha on the morning of her school's "Cupid Day," one of those uniquely brutal high-school traditions in which the popular kids get roses and the losers get a reminder that young life is neither fair, pleasant nor near brief enough. Luckily, Samantha and her cadre of tokenistically diverse friends are her school's reigning mean girls, hoovering up boys' attention, tormenting the resident weirdo – Juliet (Elena Kampouris), who hides her perfect bone structure under a mountain of frizzy hair, which is at least different than making her wear glasses – and cheering their reign.

And then the crew is killed in a car crash – but because an hour-long montage of late-model SUV rollovers is a bit too much to ask, we are instead thrust back into Samantha's day while she tries to figure out what it is exactly she needs to do to break the loop, a realization she comes to remarkably quickly and relatively painlessly. Cycling through a couple different attempts – now she's hiding out at home hoping it will all just pass her by, now she's wearing eyeliner to tell the world she just don't care – it is all relentlessly marching past a series of upstanding do-gooder signposts that would make any parent proud. It's just possible that Samantha will learn to kiss the boy who appreciates her for who she is, not relentlessly bully her classmate into suicide and tell both her family and friends how much she loves them, in any and every available context.

Credit where it is due, the casting and portrayal of this stage of Samantha's journey is sufficiently spot-on enough that the prospect of getting to see her and her friends repeatedly die at least perks the eyes up a bit. Halston Sage as Samantha's bestie Lindsay is particularly well cast, with the eyes and sneer of someone who has probably given out more cruelly fake Valentines than real ones. The credible detail put into the casual heinousness of popular young things makes the more clay-footed touches stick out all the worse: At one point a history teacher delivers a Sisyphus lecture, but the misplaced reference and subject is less egregious, frankly, than the fact he has "History" underlined on a chalkboard at least five months into a school semester.

But Before I Fall would do better to understand its corrupted little angels before it tries to teach them something.

Film Review
Like its protagonist, Ballerina has passion but no technique
March 3, 2017 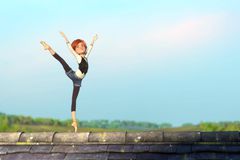 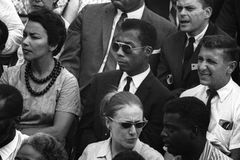