If you long for the bleak intelligence of an Ingmar Bergman film, where humankind is deeply flawed and God is indifferently silent and the landscape is cloaked in perpetual winter, then Beyond the Hills promises to be your cup of despair. Although the tale is pure fiction, it was inspired by the actual case of an exorcism gone deadly wrong in a remote corner of Romania. What distinguishes the telling is the almost aggressively non-judgmental stance of writer-director Cristian Mungiu. In his hands, the result plays like pure reportage, where the topic du jour is not the existence of evil but the failure of goodness. And thanks to that failure, everyone is implicated, which makes guilt easy to assign but very hard to define – it's just our natural state.

As in Mungiu's 4 Months, 3 Weeks & 2 Days, his previous Palme d'Or-winning feature, the focus is on two female friends, whom we first see hugging in heartfelt reunion at a train station. In fact, they are, or were, much more than friends, yet their back-story emerges only gradually over the long course of the movie. The script is adroit at embedding these details in casual conversation. And the details, of course, are crucial – that's where an indifferent God resides.

Alina (Cristina Flutur) was abandoned by her mother after her father killed himself. She came to an orphanage at 5, growing up with and ever closer to Voichita (Cosmina Stratan) – the two found in each other a love that existed nowhere else for them. The film intimates that their love was physical, but overtly states that abuse (a man with a fondness for photography) was an accepted norm among the children. Eventually, Alina left to work in Germany. Voichita stayed to become a nun in the "New Hill Monastery" – an isolated place, minus electricity or central heat, where women in makeshift habits raise chickens and answer to the dictates of the Orthodox priest.

From the station, the reunited friends retreat to the monastery and, there, Alina's enduring love for Voichita competes with Voichita's discovered love of God. However harsh her ascetic life, Voichita has found real healing and a home in the church. By contrast, Alina still bears the wounds of her terrible childhood. She gets agitated, threatens suicide. The bearded priest wants her gone. But all the nuns, not just Voichita, are compassionate. They bind Alina's wrists to protect her from herself, then take her to a hospital where those literal shackles are replaced by the medical kind – a strong tranquilizer. But the overworked doctor, a man of science, is no more helpful than the man of religion: "These goddamn illnesses won't kill you, but they don't let you live."

Alina returns to the monastery, where romantic and religious passion, sanity and insanity, cellphone modernity and medieval beliefs, continue their battle – and where the film starts to bog down in extended and unnecessary repetition. But it sure picks up again during the climax. The nuns, again out of pure kindness, beg the priest to "cast out the evil spirits" from Alina. Reluctantly, but similarly motivated by a genuine wish to help, he agrees. She's bound once more, this time on a rough-hewn stretcher that bears an uncomfortable resemblance to a cross, and "prayed over" for several days in succession. Naturally, she weakens, and the end feels inevitable.

So do the questions put by the investigating cops, who ask, "Is somebody to blame for this?" The priest replies, "Only God knows," but Mungiu knows better. Blame religion and science and society and scarcity and misguided compassion and empty hope and Alina herself. In this tortured world beyond the hills, culpability is irrelevant and judgment impossible – the multitude of sinners exonerate the sin. 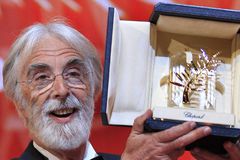 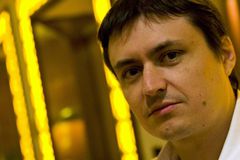 Winning Palme d'Or 'a fairy tale' for Romanian director
May 11, 2018
4 Months, 3 Weeks & 2 Days: A tale of morality in a land of lies
May 11, 2018
Follow us on Twitter @globearts Opens in a new window
Report an error Editorial code of conduct
Due to technical reasons, we have temporarily removed commenting from our articles. We hope to have this fixed soon. Thank you for your patience. If you are looking to give feedback on our new site, please send it along to feedback@globeandmail.com. If you want to write a letter to the editor, please forward to letters@globeandmail.com.
Comments