The Marvel Entertainment movie universe being as much an integrated commercial monolith as it is a narrative one, it only makes sense that the company, under the auspices of parent overlord Disney, would be coming after your children. This season, stockings may well runneth over with licensed goodies from Big Hero 6.

Based on a Marvel comic from which it nevertheless liberally departs, the full-length CGI cartoon directed by Don Hall and Chris Williams is a fantasy of techno-geek wish fulfilment, in which the boy-genius computer whiz Hiro forms a motley alliance of fellow geeks – and one Stay Puft Marshmallow Man of a robot – into a costumed fighting force dedicated to defeating the guy who stole our kid's most brilliant invention: mini Lego-like bot-chips that can configure into any shape their master wills.

This being a Disney product, we shouldn't be all that surprised that what this all boils down to is a matter of copyright theft: Hiro may be marshalling his nutty avengers – Go Go, Wasabi, Honey Lemon and Fred – in the interest of avenging the death of a brother who might have perished in the hostile takeover of his concept, but what's just as at stake here is rightful ownership. This being a cartoon, superpowers are enlisted instead of lawyers.

This being a blatant effort at kickstarting yet another Marvel movie franchise, the movie is obligated to navigate the expositional startup swamp that bogs down so many spinoff-minded superhero movies. In this case, the simple setting up of the superheroes and their mission takes up so much time that the mission itself – getting those misappropriated mini-bots back from the bad guy in a kabuki mask – gets backloaded and squeezed into an frantic final third. And it leaves you wondering: How many kids really, I mean really, care how the Big Hero 6 got to be that way and why, as long as they're the Big Hero 6.

That being said, it's in the movie's structural weakness that you'll find both its comic and animated strengths. The balloon-like robot Baymax, a walking, inflatable pillow-man who repairs his own sprung leaks with Scotch tape and gets sloppy-drunk clumsy and maudlin when low on battery power, is an extraordinarily funny cartoon creation, and the scenes where Hiro's simply trying to get this ungainly airbag under control are easily the movie's most golden moments. (Not to mention the reason they're the ones dominating the movie's trailers.) Indeed, whenever Baymax isn't around, or even when he's in fully armoured superheroic mode, the movie itself starts to sputter and sag.

Also commendable is the overall conceptual visual design of Big Hero 6, which plays out in a richly articulated pan-Pacific metropolis called San Fransokyo that provides one of the most arresting hybrid-Amerasian urban landscapes since Blade Runner. Although perhaps partly tactical – the movie's target audience being as globally mashed-up and borderless as the city itself – the setting also ensures a constant level of background visual excitement in a movie that can certainly use the distraction. So if it's less a cohesive experience on its own than a trailer of sorts for future spinoffs, Big Hero 6 isn't entirely without its own attractions. Consider it a more family-friendly Guardians of the Galaxy, with the added kiddie appeal of a big, inflatable windbag to laugh at and love. 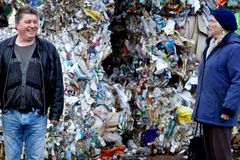 Film Review
The Theory of Everything: A not-so-brief history of a genius and his wife
November 7, 2014 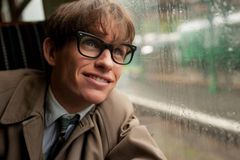 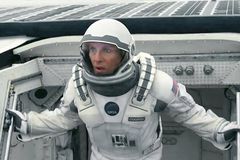 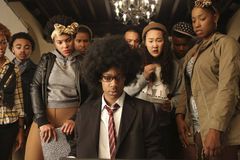 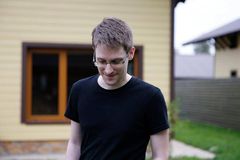