No news is not good news for the newspaper employees in fictional Grand Rock, a small town that boasts clean streets, safe walking areas and ample public parking. What it doesn't have is action, so a well-meaning editor-reporter at the Weekly Ledger takes to ripping storylines straight from old movies to pep up the faltering tabloid.

He starts slowly, adapting the plot of Larger Than Life (a 1996 elephant movie that Bill Murray doesn't like to talk about) for the paper. The resulting story is a hit – who doesn't want to read a cute piece about a pachyderm that packs its trunk and hits the road?

Things get out of hand, though. The ink-stained journalist is Leonard Crane, played with scratchy-voiced, deadpan comic aplomb by Ennis Esmer. Crane is like a junkie, going back to the video store for more and eventually bigger scores. The video clerk, who is quickly hip to the scheme, next suggests 1983's Easy Money. "It's a little dated, I'm not going to lie to you," he tells Crane.

I might say the same thing about Big News from Grand Rock, a straight-faced but screwball comedy that's a little dated – rotary-dial phones? – yet absolutely pleasing. Filmed in Midland, Ont., Daniel Perlmutter's quaint (and partly crowd-sourced) feature is 87 minutes of fun time, if a little clichéd in its depiction of village mentalities and humdrumness.

Speaking of old movies, Perlmutter's film recalls the journalistic shrapnel of Shattered Glass, a 2003 drama inspired by real-life rise and fall of Stephen Glass, a fanciful reporter whose facts were revealed as fiction. With Big News from Grand Rock, the small-town journalist's scandalous front-pager on secret medical experiments is exposed as fake by a go-getting, big-city reporter. She's the real deal, with a BlackBerry and everything.

Unlike the serious Shattered Glass, the plucky Big News has a bit of farcical romance to it. That big-city reporter is winningly portrayed by Meredith MacNeill, who sure is some kind of understated funny. Where has this Canadian actress been? (England.) There's an awkward chemistry to the characters of MacNeill and Esmer; their dovetailed dialogue is nimbly and classically delivered.

Droll fare, but there's seriousness if one wants it. "We're going to give these people a paper they actually want to read," proclaims the desperate, gung-ho Crane, living in a modern world after all. Newspapers today, losing advertisers and readers who pay, are tempted to try just about anything to stay alive.

Ergo, all the news that's fit to print, and some that isn't. The paper's publisher (Gordon Pinsent) is wary of printing the astounding story, what with its anonymous sources and unfounded nature. But he goes ahead, against his better judgment. The paper has been in business for nearly 90 years – he wants to make it to 5,000 editions, and is considering selling to a media chain. That's a real story, and so is the big one onto which the film's journalists eventually stumble. Can small-town Crane regain the trust of his readers? Brian Williams wants to know. For the rest of us? Extra, extra, laugh all about it. 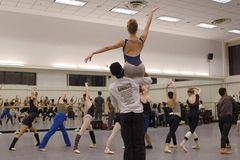 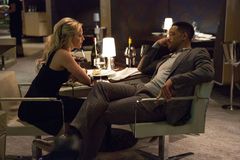 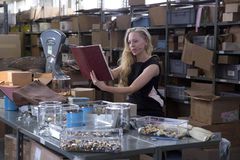 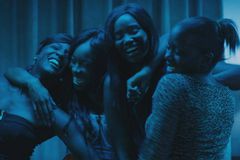 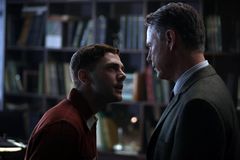 Film Review
The Duke of Burgundy: A love story entangled with eroticism
February 27, 2015 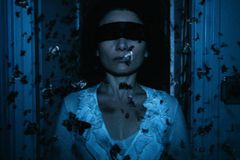