After screening Bikes vs Cars in my downtown office this week, I put on my helmet and climbed on my bike to ride home, following my regular route north along four or five kilometres of side streets. Later the same evening, I got into my car – it's a hybrid, but it's still a car – to drive back downtown with my husband and son to listen to a jazz quintet. It just seemed the safer and more convenient way to make the trip.

Many urban cyclists are also drivers, belying the binary and hostile relationship implied by the title of this documentary by Swedish journalist and filmmaker Fredrik Gertten. Our transportation decisions, which often include public transit, too, have to take into account weather, distances, traffic and cost, not to mention clothing, safety and convenience; they are multifaceted judgments, which may explain why this interesting documentary seems unable to decide on its theme.

Gertten introduces us to Sao Paulo urban crusader Aline Cavalcante, campaigning for bike lanes in the uncomprehending yet traffic-choked city she loves. With sorrow and outrage, she recalls the death of a fellow cyclist, killed by a bus on the six-lane Avenida Paulista at a spot activists have marked with a white "ghost" bike. Yet, Gertten also repeatedly films Cavalcante, without a helmet, weaving in and out of traffic along that same thoroughfare where, according to a local architect who is designing bike lanes pro bono, vehicles can travel as fast as 100 kilometres an hour. There are no bike lanes in Sao Paulo and apparently no side streets either.

Then we travel to Los Angeles, where activist Dan Koeppel retraces the route of a turn-of-the-century elevated cycleway long since abandoned and forgotten. L.A. became the city built for cars in the 1940s and 50s, when the first freeways were constructed, General Motors bought up mass transit and streetcars that relied on rails were ditched in favour of buses. The nefarious links between the auto and oil industries and North America's car culture would make a good doc in their own right, but Gertten, who took on Dole Foods' use of a banned pesticide in his 2009 doc Bananas!*, doesn't make the whole case here.

He also, a bit oddly in a doc that is clearly on the side of the bike, tries to provide some balance by interviewing a former auto company marketing executive, who says the industry is filled with people who want clean air and a stable climate just like everyone else, but points out that nobody is going to give up the convenience and glamour of the private car. A quietly frustrated cab driver from Copenhagen, where an estimated 40 per cent of commuters cycle, also provides a voice of polite dissent, pointing out how hard it is for a car to make turns and get through lights in a city where bike traffic moves in streams.

This surprisingly critical portrayal of a cyclist's utopia raises all kinds of issues about traffic planning and bike safety that the doc does not address. Meanwhile, Canadian viewers will find that scenes of former Toronto mayor Rob Ford ranting away about the "war on the car" feel mercifully out of date.

Still, the image of work crews painting out the recently constructed Jarvis Street bike lane is heartbreaking and if this doc makes a point – mainly by showing footage of traffic jams and citing stats about the rate at which citizens in developing economies are acquiring cars – it's that the current transportation model is unsustainable. There are unresolved questions and puzzling detours along the way, but Bikes vs Cars does show that cars, millions and millions of stationary cars, may yet prove the bike's best friend. 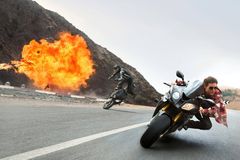 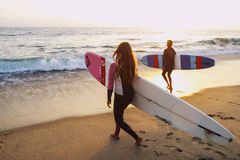 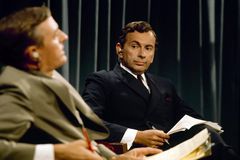 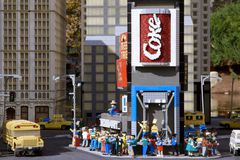