Johnny Depp is an easy actor to hate. The charm and wit he once brought to the role of Captain Jack Sparrow in the first Pirates of the Caribbean movie now seems like a distant memory, replaced by cringe-inducing turns in such duds as Tusk, Transcendence, The Lone Ranger and everyone's favourite cinematic punching bag, Mortdecai.

In those films (and so many others since 2003's Curse of the Black Pearl – seriously, his IMDb profile reads like a movie critic's PTSD journal), Depp wallowed in mugging, half-there accents and character tics so thuddingly obvious they must've been spelled "TICS," all-caps, in the screenplay. The once sensitive actor who was so skilled at playing loners and lost souls had become a ham of the first order – he was done with the concept of trying. Judging by the box-office receipts, audiences had lost interest, too.

All of which makes his performance in Black Mass that much more remarkable. This is Depp fully invested and frighteningly committed. As the real-life Boston gangster James (Whitey) Bulger, Depp creates a villain for the ages – a single-minded killer who knows his place in the world, and has the blood on his hands to prove it.

Of course, such a blatant sociopath would be easy to oversell – just look at Jack Nicholson's scenery-chewing in Martin Scorsese's The Departed, which also riffs on Bulger's FBI-sanctioned exploits. Yet Depp keeps things restrained and chilly in Black Mass. There are no thundering speeches, assaultive outbursts or Cheshire grins here – just a steely gaze and a composure that announces calculated evil.

By the time Depp-as-Bulger descends into full-on paranoia – murdering an associate for disloyalty based on, basically, a hunch – it becomes clear that Depp has been sleepwalking for the past decade and a half, only now awake and in control of his talent.

It's a shame, then, that the actor is stuck in an otherwise middling film. Black Mass's Bulger is one of the most indelible characters of the year, yet director Scott Cooper treats him as a sideshow, preferring to focus instead on the antics of corrupt FBI agent John Connolly (Joel Edgerton), who makes a pact with Bulger that never quite makes sense (at least, in the film – aside from the fact that both men grew up in the same neighbourhood, Cooper never bothers to give Connolly any motivation for hooking up with Bulger; for more context, it's best to refer to the dozens of features and books written about the real-life case).

The fact that Bulger is both overshadowed and undervalued shouldn't come as a total surprise to followers of Cooper's work. As he's shown in his previous two features, the director is great at assembling high-level talent and coaxing a revelatory central performance (Jeff Bridges in Crazy Heart, Christian Bale in Out of the Furnace), but at a loss when it comes to crafting a compelling, propulsive film around them.

In Black Mass, famous faces pop in and out for quick spells (hey, it's Kevin Bacon, Peter Sarsgaard and Dakota Johnson!) only to disappear and be replaced with equally recognizable actors (great to see you, Adam Scott, Benedict Cumberbatch and Julianne Nicholson!) to little effect. Scenes cut off mid-story, what seem to be crucial historical events are glossed over (Bulger won the lottery, what?) and the soundtrack wants to be Scorsese-esque, but is more on the level of a Frank D'Angelo mix-tape.

Still, whenever Depp is on screen, nothing else matters. If he needs to keep making mediocre movies to keep his enthusiasm and interest buoyed, so be it. But then again, we have only two years before he stars in Pirates of the Caribbean: Dead Men Tell No Tales. Arrrrrr. 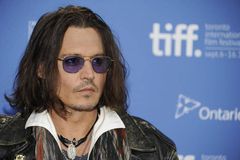 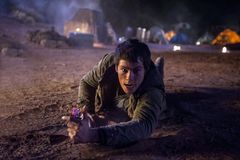 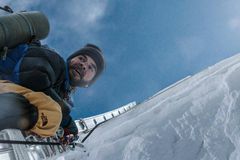