With this new chapter in Bridget's life (now very loosely based on the bestselling books by Helen Fielding) she is older but not yet wiser – and praise cheap Chardonnay for that. Nobody wants to watch a high-functioning career woman (or man) successfully balance love and home life. Where's the fun in that? Thankfully, and as a very funny screenplay written by Fielding, Dan Mazer of Borat, and Emma Thompson (who also co-stars in the film) can attest, Bridget Jones's Baby is not a movie interested in balanced or well-adjusted characters.

It's been six years since the sequel that was so bad it shall not be named, and we now find Bridget alone again with no Mark Darcy (Colin Firth), and self-identifying as "the last barren husk in London." But as the title gives away, she's not so barren after all. After she meets a coiffed but rugged American named Jack (Patrick Dempsey) at a Glastonbury-like music festival, and then carouses with Mark for old time's sake a week later at a party, Bridget is a "geriatric mother" with a 50/50 guess at paternity.

From here, an expanding Bridget calculates the various angles of her love triangle with the help of a hilarious obstetrician (Thompson, whose scenes deliver a special brand of British straight-faced humour) and her younger pal Miranda (Sarah Solemani). On the one end, she does the math on Mark, who has the weight of a long and torturous love affair on his side, and on the other, a new, shiny object of affection in Jack. With his perfect hair and come-hither grin, Dempsey is a sentient Ken doll seemingly moulded from an image of ideal man for charming roles in romantic comedies. All teeth and lacking the seediness of that scoundrel Daniel Cleaver, Jack is the perfect refurbished nemesis for Mark.

While I don't want to diminish the joy that rang out and reverberated in the theatre while I watched this film – because it should be celebrated as the franchise's plucky return to form – Bridget Jones's Baby sells itself short with an achingly conventional ending. It seems a waste, too, since the majority of the movie concerns itself with progressive politics about single mothers and getting conservative older parents up with the times (and some great pregnancy slapstick – truly an unsung genre).

Yet, the movie and its writers ultimately can't hide their grimace at the thought of Bridget raising a child alone, or raising it slightly differently than the status quo. Whereas the most recent book in Fielding's series, Mad About the Boy (2013), sees Bridget widowed by Mark and tending to two kids while trying to figure out online dating, Bridget Jones's Baby not only runs screaming from this option, what's worse, it cops to an ending so storybook that it echoes the CGI sunset of its unbearable predecessor.

Zellweger has been raked over the coals for her role as Bridget (too fat, too thin, too old, too many wobbly bits, not enough wobbly bits) but with her signature pout, penguin walk, and goofy mishaps I love her, just as she is. So despite the conventionalism of the film's final minutes, I'd like to raise a glass of Chardonnay and toast Bridget Jones's Baby on its (mostly) hilarious, and long-anticipated, homecoming.

Film Review
Sully is thrilling when the action is on the plane and thudding when it’s not
September 9, 2016 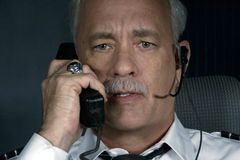 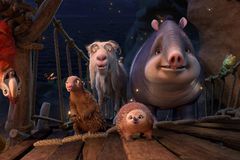 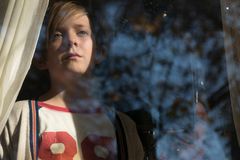