Paul Greengrass's Captain Phillips is a pulse-pounding dramatization of the real-life 2009 hijacking of a U.S. cargo ship and the abduction of its captain by Somali pirates. On one level, it's an expert Hollywood entertainment of choreographed chaos with an impressive, if familiar, award-season star turn from Tom Hanks as an Everyman turned hero.

Yet Captain Phillips manages to expose us to a few things that are unusual in a thriller, including sympathy for the enemy and, in Hanks's performance, the frailty that is the other side of heroism.

The film, which opened the New York Film Festival last month, has already earned some comparisons to last year's two CIA-friendly thrillers, Argo and Zero Dark Thirty, though the association only serves to highlight the differences. The other films were, in different ways, about American national myth-making. Captain Phillips is primarily an individual survival tale with politics and militarism as a backdrop.

Although he is best known for his globe-hopping Bourne movies (The Bourne Supremacy, The Bourne Ultimatum), Greengrass spent more than a decade working in English television, making documentaries and, later, political and social-issue TV movies. His 2002 breakthrough, the Northern Irish docudrama Bloody Sunday – like his later 9/11 film United 93 – focused on ordinary people caught in political tragedies.

The movie is a reminder of why Greengrass is among the best action directors working today. While jittery handheld shots, whip-pans and rapid edits have become the clichés of action/horror, he does the usual thing at twice the speed, and with a far greater sense of when to provide punctuating moments of clarity.

The script written by Billy Ray (Shattered Glass, The Hunger Games) makes for a tautly structured film with an introduction and three distinct acts. The opening introduces the middle-aged, taciturn Phillips (Hanks hidden behind a grey goatee and glasses), packing in his Vermont home and driving to the airport with his wife (Catherine Keener) as they discuss their two boys in college and the difficulties of these long trips. The subtly anxious undertone is about age, risk and separation.

Phillips's assignment is to take a container ship – the Maersk Alabama out of Norfolk, Va., manned by a U.S. crew – from south Oman around the horn of Africa to Kenya, carrying food aid, among other cargo.

The first impression is the sheer immensity of the vessel, a floating factory or warehouse on the water, with Phillips as the chief executive officer, working with a crew of strangers. The captain is businesslike to the point of being brusque with his subordinates, determined to get through this without mishap. Because of warnings about hijackings in the area, Phillips puts the crew through a safety drill.

On the beach in the pirate city of Eyl, Somalia, another crew of strangers is being assembled. Their mission is to hijack the ships passing by their coast, to steal money and take hostages. The men are young and lean and carrying automatic rifles. They chew khat as a courage-building stimulant, and set out in pursuit of their prey. The different scale of the two Somalian skiffs and the American cargo ship, a kind of floating geopolitical metaphor, looks absurd. The Somali boats resemble toys. But Captain Phillips picks them up on his radar. When he sees them quickly approaching through his binoculars, he prepares the crew for an assault. The Alabama is unarmed: The only deterrents are to shoot flares and spray jets of water down on the skiffs. Eventually, just four men make it aboard, shooting their guns in a display of intimidation, and immediately take over the ship.

The second act includes a game of cat and mouse aboard the ship. The 20-man crew is hidden below and Phillips stalls for time, claiming, improbably, not to know their whereabouts. Later, he insists the ship is "broken" and can't move. The leader of the hijackers, named Muse (Barkhad Abdi, a Somali-born Minneapolis resident), a young man with a piercing gaze and a leader's swagger ("Relax," he tells Phillips. "Look at me. I'm the captain now"). He jocularly dubs Phillips "Irish" (the captain had said he was American of Irish descent), and tries to engage him as an equal, a professional who, like himself, can recognize the robbery of the boat as "just business." And, in a sense, we see some validity in his argument; he says factory trawlers have depleted the Somalis' traditional fishing grounds, making fishing for big ships another kind of living.

Yet the "business" is messy – the hijackers are frightened and disorganized and time is running out. A U.S. Navy ship is on its way and two of the hijackers are injured, including a barefoot 16-year-old who has lacerated his feet on broken glass. The hijackers make a decision to abandon the Alabama and take the captain with them to hold him hostage.

The final act takes place inside an orange, spheroid lifeboat where Phillips, held for ransom, and the four men are attempting to sail for the Somali coast. The tension ratchets up even further. Conditions inside are suffocatingly hot. The hijackers are almost hysterical and the American military is closing in. Night falls and with it the inevitable end game of this misguided venture. The rescue, by faceless forces who fall from the skies and surround the bobbling ball of a life raft, is startling only because the resolution comes so close to going horribly wrong.

The coup de grâce here is Greengrass's ending, and its unexpected stress, not on power, but frailty. The emotional punch comes not with the catharsis of thriller, but the empathetic image of a man on the brink of emotional collapse. 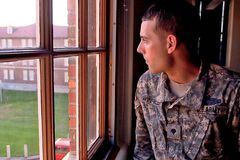 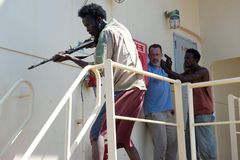 Film Review
Design is One: A love letter to two titans of Italian design
October 11, 2013 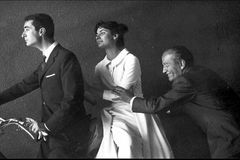