In the lesbian romantic drama Carol, the title character reluctantly agrees to accompany her estranged husband to a Christmas party, where the couple dance.

As he waltzes her around, the uncomprehending man tells her, "You are the most beautiful woman in the room."

As costumed by Sandy Powell, art directed by Jesse Rosenthal, filmed by Edward Lachman, directed by Todd Haynes and played by Cate Blanchett, Carol is the most beautiful woman in every scene in which she appears.

Dressed in tight-fitting suits and sweaters, topped off with a strand of pearls, a mink coat and a cocktail hat, she is the epitome of glamour. Her blond hair is immaculately coiffed; her lips are forever red and there is always a smouldering cigarette between them.

If Carol is caught in some pre-feminist trap, it's an awfully appealing one; this is a lesbian romance told exclusively in the vocabulary of heterosexual Hollywood.

It's not hard to think Therese has simply fallen for Carol's image: The glamour factories of film and fashion are always double-dipping, creating male fantasies they can sell as every woman's dream.

In a particularly odd twist, Therese's ambition is to become a photographer, and the best shots in her portfolio are the ones she has taken of Carol: In this film, the notorious male gaze threatens to blind all other ways of seeing.

This is a criticism of the film's aesthetic and its cinematic techniques, but it can be applied, albeit to a lesser extent, to its plot and its performances.

In a screenplay by Phyllis Nagy (based on the 1952 Patricia Highsmith novel The Price of Salt), Carol endangers her divorce negotiations by pursuing Therese and inviting her on a road trip: There is only one scene in the film – when Carol discovers how exactly her husband will take his revenge – that actually exposes the heterosexual leg-hold in all its vicious ugliness.

Otherwise, the circumstances of Carol's life in a New York suburb are more mysterious than tragic.

She is said to have had, before her marriage, a brief but passionate affair with her old school friend and continuing confidante, Abby (Sarah Paulson).

Why, having thus discovered the key to her self, this energetic and confident creature has then married the conventional and authoritarian Harge (Kyle Chandler) is anyone's guess.

They live in a stone mansion staffed with a nanny and chauffeur, but never is it suggested that Carol might have married Harge for his money, nor that his continuing hold over her may be financial.

She is supposedly desperate not to lose custody of their little daughter, but in the manner of every good costume drama, the child is treated mainly as a pretty prop in this luxurious setting.

Carol is the enigmatic femme fatale and Blanchett plays her that way, creating her allure with great gusto but leaving her character unplumbed.

While Haynes and Blanchett are busy building up Carol as ultimately seductive, Nagy's script is at great pains to refute any notion that the older woman is seducing the younger one, which creates a certain confusion at the centre of the film. Carol asks her along on the trip, but it is Therese who finally suggests they share a room.

She manages to sympathetically capture both the young woman's docile acquiesce to any plan that man or woman suggests to her and her real frustration over her own passivity.

If Carol just is, Therese yearns to be, and Mara's touching portrait of a young woman trying to find her adult self is compelling.

Otherwise, Carol, rather like the current film The Danish Girl with its prettified approach to transgenderism, is a movie whose sparkling glamour seems more calculated to beguile the straight world than to probe the gay one.

Film Review
The Danish Girl: An inoffensive drama on a transgender woman’s experience in the 1920s
May 31, 2018 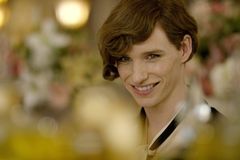