On the eve of a revolution that will topple these degenerates from their privileged perch, a vengeful socialite challenges an unreconstructed playboy to deflower a naive virgin.

It's the very familiar plot of Dangerous Liaisons, but this time the setting is not 18th-century France but the bubbling Shanghai of the 1930s, as nationalists and communists battle for control of the new China.

Those politics form the sketchiest of backdrops for the Korean director Hur Jin-ho and the Chinese screenwriter Yan Geling as they adapt the 1782 novel by Pierre Choderlos de Laclos. Instead Hur concentrates on the glamour of a heavily Westernized Shanghai and the melodrama of Laclos's plot. Along the way much of the cynicism, and thus the fun, of its many Western predecessors goes missing.

At a fancy Shanghai fundraiser for Manchurian refugees, the high-powered businesswoman Mo Jieyu (Cecilia Cheung) asks the wealthy playboy Xie Jifan (Jang Dong-gun) to seduce Beibei (Candy Wang), a schoolgirl who is about to be married off to the man who has jilted the vengeful "Miss Mo." Jifan won't play ball because Du Fenyu (Zhang Ziyi), the earnest young widow who has just made a heartbreaking plea for the refugees, has caught his eye. He pursues her to his grandmother's country palace and so members of another generation in another land enter into their own dangerous liaisons, as Fenyu tries to stand firm and Miss Mo finds other ways to get Beibei deflowered.

That country palace looks like a miniature Versailles while Miss Mo is silhouetted against a Disneyfied version of the famed Shanghai skyline: The Chinese setting often feels like mere veneer in this film; it is only when Hur occasionally shows us the ferment of the city or the steaming jiaozi cooked up by the now loving Fenyu that the director provides the specificity to make his transposition seem clever rather than cursory.

Her face a mask of wounded gentleness, the luminiscent Zhang (who also starred in Memoirs of a Geisha and Crouching Tiger, Hidden Dragon) is convincing as the upright Fenyu, but both the perpetually smiling Cheung (the Hong Kong actress and cantopop singer) and the mischievously charming Jang (a popular Korean heartthrob) offer performances that seem far too pretty to render the dastardly amorality of their characters.

That failing is then intensified by Hur's melodramatic handling of the story's final scenes, which threatens to turn the piece from devastating social critique into tear-jerking romance. He is not the first director to bail in the film's final moments by handing poor Madame de Tourvel – or Du Fenyu – an easier ending than the original.

With its exotic setting and its beautiful cast, this Dangerous Liaisons is lovely rather than wicked.

Dangerous Liaisons: The 1988 film (above) directed by Stephen Frears and based on the play by Christopher Hampton, starred Glenn Close, John Malkovich, Michelle Pfeiffer and a young Uma Thurman. It's the best known and best reviewed film version.

Valmont: For his 1989 film, director Milos Forman used the original 1782 novel as his source but modified the plot. Annette Bening, Colin Firth and Meg Tilly starred. 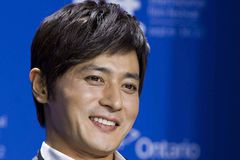