Argentine director Damian Szifron's Wild Tales popped up in the middle of last year's terribly serious Cannes Film Festival competition like a drunk singing at a long funeral: outrageous, rude, a refreshing change of pace. This Oscar-nominated anthology of six blackly comic stories about corruption and revenge pops with visual style (Pedro Almodovar is a co-producer) and absurd violence, but what really distinguishes it from the art-film crowd is that it's also food-spittingly funny.

The second story, "The Rats," takes the meal metaphor a queasy step further: On a rainy night at a roadside diner, a waitress (Julieta Zylberberg) greets the sole customer and recognizes him as a gangster named Cuenca (Cesar Bordon) who ruined her family, and is now running for town mayor. Cuenca orders eggs and chips and snarls at her incompetence. Back in the kitchen, the tough old cook (Rita Cortese), takes payback into her own hands. She doesn't see the point of waiting around "until he dies of cholesterol" and proposes adding a special ingredient to the customer's food.

Part three, "Road to Hell," raises Wild Tales's energy to a hideously absurd peak: The segment is about a case of road rage between an arrogant Audi-driving businessman (Leonardo Sbaraglia) and a seriously annoyed farmer (Walter Donado) which plays out like a combination of Deliverance and an R-rated Wile E. Coyote cartoon.

At around the 40-minute mark of the two-hour film, the pace slows down for three longer stories, each distinct in tone. "Bombita" ("Little Bomb") is about a demolitions engineer (Argentine cinema mainstay Ricardo Darin) whose life begins to spin out of control one afternoon when he gets his car towed in downtown Buenos Aires. The car-towing business is a racket and by the time he has recovered his car, he's missed his daughter's birthday. One misfortune leads to another until he ends up without family, disgraced and unemployed, though the story does find a slightly redemptive note: If you have to pick on a little guy, try to make sure he's not a demolitions expert.

"The Deal" is another tale of a car, but set entirely within the grounds of a rich family's estate over the course of one long morning. A spoiled rich kid (Alan Daicz) comes to his parents' bedroom, fresh from a night of boozing and driving in daddy's car. Tearfully, he tells his parents that he has fatally struck a pedestrian and sped off. His father (Oscar Martinez) and the family lawyer promptly hatch a plan to buy their way out of trouble by paying the estate's groundskeeper (German de Silva) to take the rap. The story of a rich crook finding a fall guy is familiar enough; the satire here is about how covering up a homicide is business as usual in back-and-forth negotiations with the father, his wife, their lawyer, the groundskeeper and the state prosecutor, making counteroffers and shaving points to close the deal.

All comedies end in a wedding, Lord Byron said, and Wild Tales fulfills the demand with a brief glimpse into the courtship rites of the stupidly privileged. Young newlyweds Romina (a terrific Erica Rivas) and Ariel (Diego Gentile) are launching their new lives together with a lavish hotel bash. Things go seriously sideways when Romina discovers the groom has been unfaithful to her with a co-worker. Dishevelled, dishonoured and determined to hit her husband where it hurts (the wallet, the ego, wherever), Romina turns the wedding reception into a night neither the groom nor any of the guests will forget for a long time. 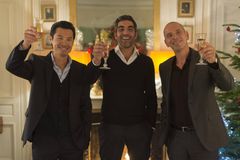 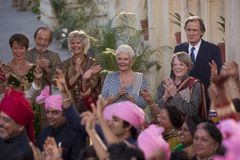 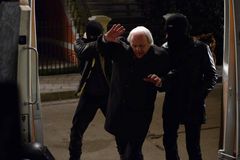 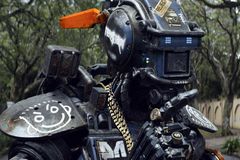 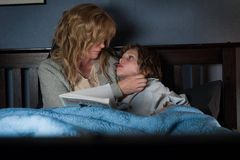