Of all the riches and distractions at the box office this summer – the cocky charm of 22 Jump Street, the tantalizing prospect of Days of Future Past, an X-Men adaptation of one of the most groundbreaking comics in history, the giant spectacle of Godzilla, even the clanging stupidity of Transformers – this is the movie I've most been looking forward to. And good news – it's incredible. It sets the standard for blockbuster action movies, and manages to be even better than its predecessor.

Three years ago if you had told me a Planet of The Apes prequel starring James Franco would be one of the most enjoyable movies of that year, I would have questioned your marbles. It wouldn't quite be Charlton Heston raving at a gun rally level bonkers. But still, questionable. The original franchise is remembered for devolving into cheesy sci-fi, even if that final image in the first film from 1968 of the Statue of Liberty will keep blowing the minds of stoned undergrads till the end of time. And remember Tim Burton's horrid attempt at reviving the franchise? Me neither, thankfully. Plus, Franco?

In 2011, Rise of the Planet of the Apes worked. Director Rupert Wyatt knew we were all familiar enough with the basic mythology that he didn't have to beat us over the head with it. Unlike so many other summer movies, it treated audiences as if they were at least as smart as monkeys (please, Michael Bay, take note). Most surprisingly, it made filmgoers root for the apes as much as any human.

Wyatt isn't in the director's chair for this sequel. He's been replaced by Matt Reeves, best known for the monster movie Cloverfield. Franco is gone, too. But screenwriters Rick Jaffaa and Amanda Silver, who penned Rise, are back and joined by and Mark Bomback.

Together, they continue to avoid any easy moralizing. Instead, there is nobility among both humans and apes, as well as a few snakes in the grass.

Credit Andy Serkis, who plays ape leader Caesar, and a digital effects crew that makes him and his world feel entirely real, for nailing a performance that gives what could be a silly, campy movie so much gravitas. He deserves a best actor nomination from the Oscars.

Dawn of the Planet of the Apes opens 10 years after the events of the prequel. A simian flu has wiped out most of humanity. Caesar and the apes have built a colony in the woods north of San Francisco that the ape leader, now a middle-aged father, wants to protect at all costs.

Their idyllic existence is interrupted when a group of humans are caught in the woods. Malcolm (Jason Clarke), his love interest Ellie (Keri Russell), his son, Alexander (Kodi Smit-McPhee), and an angry hothead named Carver (Kirk Acevedo) are trying to reach a hydroelectric dam in the hopes of fixing it and restoring power to a portion of San Francisco, where a small colony of humans lives among the ruins.

Caesar agrees to help them, but warring factions on both sides – including Dreyfus (Gary Oldman) who is preparing an arsenal in San Francisco to protect his fellow humans, and Koba (Toby Kebbell), an ape who wants revenge for being kept in a cage – will trigger betrayals and a broken truce.

Reeves is just as adept at directing the small, quiet moments between apes and humans as he is with the film's action set pieces. In one charming scene, Alexander sits down with an ape to read Charles Burns's graphic novel Black Hole, a nice touch to anyone familiar with that story of a mysterious disease.

When all hell breaks loose it's riveting and emotionally charged, in part because viewers have connected with both sides. You know what you're seeing is real tragedy. But this is a big-budget, summer-action flick after all. So when there's an angry ape charging down the street atop a horse with two machine guns blazing, you're whipped up into a frenzy of over-the-top summer movie mayhem giddiness.

Reeves plays to the popcorn audiences, but he doesn't pander to them. He doesn't load us up with a bunch of idiotic nonsense and easy moralizing, and hope we won't notice with all the bombs going off and bullets whizzing by.

Most summer action movies probably expect to get away with it because no one really thinks Transformers or Avengers are real, so directors crank up the klabooey while we strap in for the ride.

That's a disservice to audiences, one that is paying diminishing returns in a marketplace glutted with franchises.

This is a movie that feels real, from its CGI renderings of an ape marveling at his newborn son to its emotions to its moral tragedies.

You don't get that much at the big budget box office these days. We deserve more of them.

Film Review
A summer without box office swagger for Hollywood
May 11, 2018 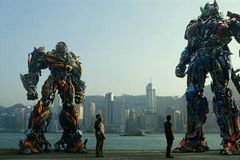 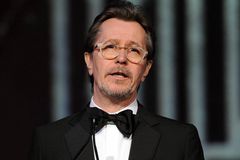 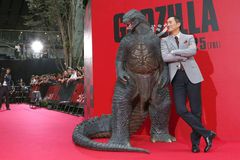 Next Goal Wins: Predictable, but shamelessly heart-warming
May 11, 2018 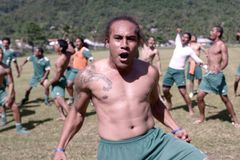 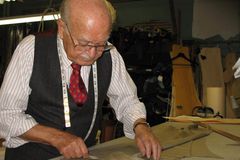 Doc of the Dead: Exploring the zombie-entertainment phenomenon
May 11, 2018 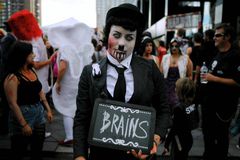