At the end of Dirty Grandpa, the title character played by Robert De Niro finds himself alone with the nymphomaniacal college student he has been pursuing for most of the movie.

Pretend you've fallen over and can't get up, she says as she pushes him on to the bed. I've fallen and I can't get up, he dutifully replies. There follows an escalating interchange based on the premise that she's turned on by the elderly, as she breathlessly asks him to repeat phrases such as, "This neighbourhood used to be safer" or "The buttons on the remote are too small and I can't find Fox News."

The social satire here flirts continually with the offensive – as good comedy should. It's not half-bad stuff from neophyte screenwriter John Phillips, and could be funny, but the scene is so flatly directed by Dan Mazer that it's remarkably lifeless for a, umm … climax. By this point in the movie, Aubrey Plaza's deadpan dirty talk is becoming repetitive while De Niro wears that dazed "What am I doing here?" expression.

You have to sympathize with his confusion: Yes, what exactly is the once-great dramatic actor doing here, in a spring-break buddy flick? It's the third time in six months that De Niro has shown up in a weakly directed comic role. As well as this grotesque grandpa ogling the girls and sticking his thumb up his grandson's bum, he has recently played the overbearing dad in Joy and the gentlemanly title character in The Intern.

To some extent, the answer lies in the choice of parts. The intern was a helpful senior who didn't want to stop working; the grandpa is a lusty widower who doesn't want to stop loving. The man simply refuses to stop.

Still, in a week where, coincidentally, Charlotte Rampling and Tom Courtenay are opening in the excellent 45 Years, you have to wonder if part of the problem may be that De Niro also refuses to take a pay cut. Surely, there are some smaller dramatic roles or genuinely indie projects available that might actually serve his talent instead of submerging it beneath the worst caricatures of Hollywood ageism.

The premise here is that the recently widowed and ready-to-party Dick Kelly (De Niro) persuades his uptight grandson Jason (Zac Efron) to drive him to Florida during spring break, ostensibly because he's lost his driver's licence. The obnoxious Dick hasn't had sex in 15 years; the repressed Jason is about to marry the controlling daughter of his father's law partner. (The bridezilla stereotype is pretty tired, but Julianne Hough is note-perfect as the type.)

Out on the road, grandpa and grandson soon team up with the lascivious Lenore (Plaza) and the tree-hugging Shadia (Zoey Deutch). Clearly, one of these guys needs to loosen up while the other needs to smarten up and these winsome women are just the ones to do it, but to give Phillips credit, there are more twists and turns along the way than you might expect.

It's the direction, not the script, that really kills the picture, as Mazer limps along from the chugging contest to the half-naked conga line to the car chase without ever raising the laughs he needs from the comic set pieces or the tension he needs from the dramatic developments. There's little chemistry between a sadly unfunny Efron and a sleepwalking De Niro, and both Jason's awakening and Dick's plotting feel forced. (Although a running gag about a Daytona Beach drug dealer's cozy relationship with the local cops is nicely executed by Jason Mantzoukas.)

Not raunchy enough for the Animal House set, not sweet enough for those looking to snuggle up with young Efron, the movie seems unlikely to satisfy any audience. Meanwhile, the veteran star's former fans will be left pleading: Could somebody in Hollywood please start actually directing De Niro – preferably away from jokes about the size of his penis? 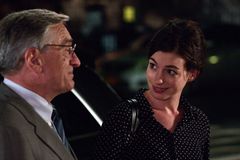 De Niro comes of age in The Intern: How older employees are re-inventing themselves
September 24, 2015 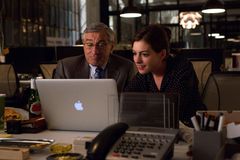 Film Review
Boy and the World: Elegantly exploring the wonder of childhood
January 22, 2016 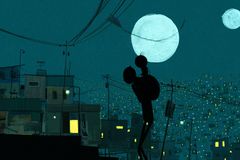