The title, Divergent, is misleading. If you take the Hunger Games franchise as the centre of the girl-friendly action movie these days, Divergent – another film series about a virgin warrior struggling to transcend tribal factions – goes right down the middle, along with The Mortal Instruments, The Host and the upcoming The Maze Runner. The film is produced by the company behind the Twilight movies, Summit Entertainment, which is planning another mega-franchise with the release of Divergent, the first book in a best-selling trilogy by 25-year-old Veronica Roth.

Roth wrote most of the book at 21 when she was a senior at Northwestern University, and there's a distinct influence of campus life (and Harry Potter) in her premise.

In a postwar future, Chicago is a walled city where 16-year-olds are streamed into various "factions" at an annual Choosing Ceremony. The factions (a clumsy mix of nouns and adjectives) are: Abnegation (charity), Candor (honesty), Amity (peace-loving), Dauntless (courageous) and Erudite (wise), though there is also an untouchable or "factionless" caste. In addition, there are a few non-conformist "divergents," who are a threat to the social order. This quasi-Christian allegory about competing virtues isn't strong on details about how the streaming process is supposed to assure peace, whether "divergents" are mutants or just independent thinkers, or how, for that matter, they differ from the "factionless."

Beatrice (Shailene Woodley) lives in the community-minded Abnegation faction, which resembles some sort of Anabaptist sect (simple grey clothes, an avoidance of mirrors) with her mom (Ashley Judd), dad (Tony Goldwyn) and twin brother Caleb (Ansel Elgort). The Dauntless group consists of punk-clad jocks who run, laugh and leap about, obviously having the most fun. After an ambiguous test that leaves the tester (Maggie Q) alarmed, Beatrice opts for the Dauntless crew. Her brother Caleb picks Erudite, at a point where this smarty-pants group, under ice-queen leader Jeanine (Kate Winslet), is planning a coup against the Abnegation governing council.

As a Dauntless initiate, Beatrice leaps on and off moving trains and hurtles herself into a black pit (there's a net) that's the entrance to the group's underground bunker. (As in Starship Troopers, girls and boys share living and training quarters, but with modesty.) For the first half of the film, Tris, as she now calls herself, learns to subjugate her will to her instructor, a pouty brooder named Four (Theo James) who, when not condescending to her, protects her from the other sneering, sadistic instructor (Jai Courtney). As Tris faces a series of physical challenges, she watches her name rise, like a promising sales rep, on the leader board. Periodically she gets hooked up to a hallucination machine, where Four monitors her ability to confront her deepest fears (bird attacks, drowning), with her special "divergent" mind powers.

Woodley (The Descendants, The Spectacular Now) is a subtle actress with a shy radiance, and her diminutive physical presence is decidedly different from Jennifer Lawrence's lusty glamazon in The Hunger Games. The contrast could be useful, though the dark, oppressive movie around Woodley drags her down like an overcoat with stones in the pockets. At almost 21/2 hours, Divergent is repetitiously brutal and drab, with sets that resemble warehouses and industrial junkyards; the action rarely emerges into the daylight before the climactic gun battle.

Director Neil Burger, who did impressive work with his previous features, the historical magic drama The Illusionist and the Bradley Cooper smart-drug movie Limitless, fails to find a fresh vision for this latest incarnation of the Chosen Teen rising from an oppressive dystopia. While the Hunger Games and Twilight movies, in their best moments, revelled in their absurdity and tackiness, Divergent makes no such concessions to camp in a story that blends the less frivolous aspects of the convent and the boot camp. A sequel, Insurgent, is scheduled for March, 2015, and a third film, Allegiant, for 2016. Now that's daunting. 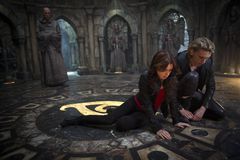 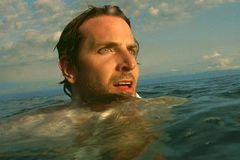 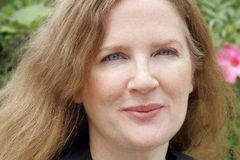