Veronica Mars is unique in the history of filmmaking, in that almost anyone qualified to review it is likely to be one of its financial backers.

That's due to the $5.7-million (U.S.) Kickstarter campaign that convinced Warner Bros. to go ahead with a film sequel to a low-rated, three-season TV series, about a teen detective, that was cancelled seven years ago. If you're enough of a fan to judge whether it does justice to the original, as I am, odds are you chipped in, as I did.

That presents a conflict for a critic, but a bigger one for its creator, writer-director Rob Thomas, who's admitted that it prompted him to take a "give the people what they want," fan-service approach. The result is 107 minutes crammed with cameos, callbacks and catch-ups with the characters from the small screen. The sentimentalist in me smiled and chuckled at each one; and for fans, that makes this film a must. But the whole is less than the parts, especially if I put myself in the place of a newcomer to the Mars cosmos.

The voiceover recap at the top of the film can't convey the series' magic – a fact that it cops to, with reliably self-aware wit, by having Veronica sigh midway, "Trust me, I know how dumb that sounds." Veronica Mars was partly a Nancy Drew update with 21st-century technology and sexual and social mores. But more importantly, it was a noir that depicted its suburban-California, surfing-and-software setting, Neptune, as riddled with all the spiritual rot of Raymond Chandler's Bay City.

Like Philip Marlowe, Veronica was both above that corruption and embroiled in it, mostly an honest girl in a dishonest world, but not averse to deceit and manipulation to further her purposes. (Her adored but often disobeyed father, Keith Mars, the ousted sheriff turned P.I., was the show's true moral compass.)

Veronica was also a heroine in the line of Buffy the Vampire Slayer, but where that was a feminist parable about empowerment and authenticity, this was a more radical story about the way that high school politics reflect and prefigure a whole world of unjust privilege. It was an adolescent House of Cards.

With her chameleonic mind, her case-solving needs and her own family's fragile circumstances, Veronica was practically the only person in Neptune neither a wealthy-zip-code "09er" nor one of the underclass who either serviced or stole from the rich. (One of the show's best characters was violent Latino biker-gang leader Weevil, who was smarter and more sensitive than anyone credited, and returns here in endearingly – but precariously – softened-up form.)

If you're not simply from the right or the wrong side of the tracks, the series insisted, that means you live smack dab on the rails. It had the guts to show its protagonist and her associates regularly slammed by trains loaded with social freight.

Its great luck was to have Kristen Bell to inhabit Thomas's vision: a charismatic actress who was able to make Veronica's unlikely intelligence, resourcefulness and screwball wisecracks seem completely plausible, yet to convey her sadness too. Unfortunately, like Buffy's Sarah Michelle Gellar, Bell has never been as memorable in any big-screen role. And that's a problem here – not just with Bell but with the film's lighting, cinematography and storyline. It all seems like an overblown TV episode.

It's not that the movie's too broad a canvas. It's too narrow. Veronica Mars had one perfect season, its first, in which the mystery involved the death of her rich, party-girl best friend, Lilly Kane (played by a then-unknown, luminous Amanda Seyfried, who is not in the movie). Even before the series began, that case had wrecked Veronica's romantic and social life as well as her father's career (because he refused as sheriff to accept conventional wisdom about the culprit), and had seemingly driven her alcoholic mother to abandon the family.

The stakes were never again so high, but over the flawed remaining seasons, the writers had space to weave emotional aftershocks and Veronica's outsider anguish into the storyline, so that that initial depth was never completely lost. The closest the movie gets to that sophistication is the now-overeducated Veronica's indecision about whether to backslide to her investigative ways or to take a job at a New York corporate law firm, headed by Jamie Lee Curtis, whose vibrant presence at least makes it a fairer fight – as does Veronica's relationship with good boy Piz (Chris Lowell), who's filled out winningly (and gotten a job on public radio's This American Life, which comes complete with an affable Ira Glass walk-on) since his days as the much-viewer-maligned rival to star-crossed lover Logan (Jason Dohring).

While Veronica's career conundrum is mostly here to sustain tension while Veronica hangs with the old posse, the movie tries to lend it gravitas with an extended "addiction" metaphor. This is weirdly detached from her mom's backstory and it undermines Veronica's character, which was never about mere thrill-seeking but about her compulsive need to get at the truth behind social facades.

The surfeit of characters, past references and clever updates doesn't permit any of them to expand in complexity. I have no idea what the uninitiated will make of this polished-up Logan, for instance, beyond Dohring's hunkiness. Canadian actor Enrico Colatoni as Keith Mars does get to display the constantly tested but unwavering love that made for one of the most moving father-daughter relationships ever on TV. Ryan Hansen's Dick Casablancas remains a hilarious idiot. But personalities such as Tina Majorino's Mac and Percy Daggs's Wallace – Veronica's "Scooby Gang" in the series – are little more than tokens.

If the central mystery had pivoted on one of them, it might have reintroduced audiences to Veronica's more soulful appeal. Instead, the plot hangs on legal accusations against rich bad boy Logan (a frequent motif in the series) that turn out to involve an I Know What You Did Last Summer-style intrigue with a bunch of minor characters. What unfolds conforms superficially to the series' class-conflict blueprint, but with few of the ambiguities and inherent compromises that once made Veronica's borderline position mesmerizing.

As a fan, I'd love to see VM develop into the franchise its creators want, so that these characters would come back to visit and we could keep following Veronica's life. But as a moviegoer, I have to say that that broader success isn't earned here. You are much better off getting the Season 1 DVD to understand why many of us invested emotionally and financially in this tiny, annoying blonde, whose sparky banter is just a counterweight to her vertigo in a world forever upside down. 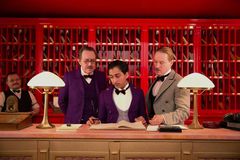 Film Review
The Husband: Portrait of an unlovable loser you’ll still want to root for
March 14, 2014 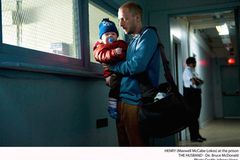 Film Review
Enemy: An airtight pleasure – as long as you're okay with being locked inside a paranoid's head
March 14, 2014 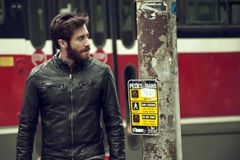