Perhaps when it comes to a movie about Eddie the Eagle, low expectations are par for the course – or whatever the correct ski-jumping metaphor would be.

The British athlete who came dead last in both his events at the Calgary Winter Games in 1988 seemed to have travelled to Canada mainly to provide comic relief. He was the guy, along with the Jamaican bobsled team, who made the notion of snowless countries breaking into winter sports something of a running gag that year. A new British ski-jumping record! Ha ha ha. A movie about Eddie the Eagle! Hee hee hee.

But it turns out that Eddie was all about defying expectations and Eddie the Eagle, the movie, is a lovely little surprise, a feel-good flick with an unusual underdog story deftly told by director Dexter Fletcher, a charming hero played by an unrecognizable Taron Egerton and some toe-tingling views of the perilous jumps that he conquers.

In this instance – and it's a heavily fictionalized version of the real Eddie Edwards's life – Eddie starts out as a sweet little boy with thick glasses, a metal brace on his bum knee and a baffling determination to be an Olympian despite his obvious clumsiness.

As the adult played by Egerton, he is an awkward but well-meaning working-class lad always pushing his oversized glasses back onto a face that alternates between a maniacal grin when he gets an idea in his head and a quivering despondency when others point out that it won't work. He fulfills his dream of becoming a competitive skier but is cut from the British Olympic team by snotty toffs who think his bumbling persona is bad for their lofty image.

And so, Eddie takes up ski jumping, a sport in which there are absolutely no other British contenders, and travels to Europe's Alpine training grounds to find himself a coach. He gets snubbed by various godlike Norwegians and Finns, and by the American cowboy Bronson Peary – a wholly fictional character played by Hugh Jackman.

The cynical Bronson inevitably softens and takes on the task of teaching Eddie a highly dangerous sport that most successful practitioners started in early childhood. The script, written by Sean Macaulay and Simon Kelton, rather obviously plays the naive little Brit against the big American bad boy and Bronson's side of the story – coaching Eddie makes him confront the reasons he dropped out of competitive ski jumping – feels rather forced.

Jackman is much more fun when he is sneering at Eddie than when he is cheering him, and the actor can't do much with the reformed character he has to play in the second half, but Egerton is consistently pleasing, making the lovable Eddie amusing without condescending to the character.

The film occasionally uses on-screen titles to record the height of jumps or the distances Eddie needs to soar and at the end it unnecessarily flashes a quote from Olympic founder Pierre de Coubertin to the effect that the Olympics are not about winning but about participating.

Unnecessarily, because Egerton's Eddie has made this point so clearly already and, come to think of it, it is a rare biopic of any kind, let alone a sports bio, that merely celebrates participation. It's that novelty that makes this simple comedy shine. 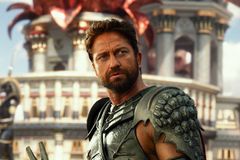 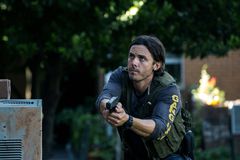 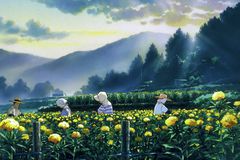 Film Review
Where to Invade Next: Michael Moore’s quest is far from revolutionary
February 26, 2016 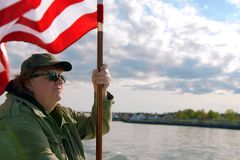 Film Review
Also opening: The Messenger, Standoff and The Last Man on the Moon
February 26, 2016 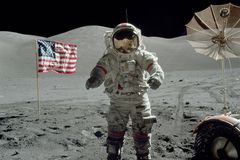