Some chilly ideas trump conventional movie spectacle in Ender's Game, a promising if risky start to what is intended to be a blockbuster franchise for Summit Entertainment (producers of the $3.3-billion Twilight series).

Directed by the versatile South African director Gavin Hood (X-Men, Origins: Wolverine; Rendition; Tsotsi), the film follows the education of an adolescent boy, Ender Wiggin (Asa Butterfield of Hugo and The Boy in the Striped Pyjamas) in a dystopian future where gifted children are selected for their cunning and ruthlessness to lead humans in a war against ant-like alien invaders called Formics.

The story, which provides an opportunity to grapple with issues of bullying, violent video games and sociopathic leaders, has parallels to the Harry Potter and Hunger Games series, though Ender's Game, at least in its book form, predates those blockbusters. The movie is adapted from a 1985 novel by Orson Scott Card, the first in a bestselling series.

While that kind of material is catnip for movie producers, Card is a liability for his published anti-gay views. (DC Comics faced protests this year after selecting him to contribute to its Adventures of Superman series, and put his storyline on indefinite hold). Yet compelling science fiction has often been created by novelists who were less than admirable people.

The story starts five decades after a massive attack from an alien invasion was narrowly repelled thanks to the heroics of one young leader, Mazer Rackham, who apparently died in combat. Since then, Earth's brain trust has held to the maxim that "the world's smartest children are our best hope." They've been on the lookout for exceptional individuals to counter the Formics' swarming attacks.

All kids are fitted with an implanted monitor to see if they demonstrate the right stuff, and a select few are sent to a Battle School space station in Earth's orbit. There, they train in video-game-like simulators under the observation of military tactician Colonel Hyrum Graff (Harrison Ford) and psychologist Major Gwen Anderson (Viola Davis), who are attempting to locate the next Caesar or Napoleon.

The leading candidate is Ender. He's a puny, unpopular kid who has demonstrated unusual resourcefulness against bullies. Though not as aggressive as his out-of-control brother, Peter (Jimmy "Jax" Pinchak), or blessed with the emotional intelligence of his compassionate sister, Valentine (Abigail Breslin), Ender can fight or outwit on a case-by-case basis. Butterfield, with his cold, blue-eyed glare and aura of wounded rage, is a chillingly convincing dictator in training.

His colleagues at the Battle School, who have to be outsmarted or won over, include the helpful Petra (True Grit's Hailee Steinfeld) and unrelenting rival Moises Arias (Bonzo Madrid). Battle practices are like elaborate games of gravity-fee laser tag (the cool, clean production design and costumes are from the team behind 2010's Tron: Legacy) with contestants gliding about in aerial formations, using girders as protection as they pick each other off. In the end, Ender distinguishes himself from his rivals by his willingness to sacrifice teammates in order to achieve victory.

In the last act, when Ender graduates to Command School, he's met by a mysterious new mentor, played by Butterfield's Hugo co-star Ben Kingsley. Ender's progress is chronicled and debated by his military instructors. "It used to be a war crime to recruit anyone under the age of 15," worries Davis's Anderson, who has allowed Ender to tap into a computer game to monitor his inner battle between aggression and compassion. In contrast, Ford's Graff is all about military training, insisting the teen must face all rigours of war in preparation for the real event. The emotional core of the film is between Ender and Graff, with the teen anxious to make his substitute father proud, while Graff is trying to build a better killing machine.

The casting of Ford draws inevitable comparisons to Star Wars, another movie about a specially chosen space fighter, but Ender's Game has neither the humour nor naiveté of George Lucas's boy-hero pop-culture phenomenon, arguably to its detriment.

Ultimately, the movie is not, to paraphrase the U.S. Army slogan, all that it could be. The climax is uninvolving generic eye candy, and the sequel-friendly coda is unconvincing. Yet the desire to see how Ender's killer-with-a-conscience character evolves, and to see Butterfield develop as an actor, makes this one of those rare movies where a sequel would be useful and welcome. 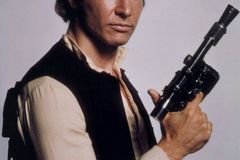 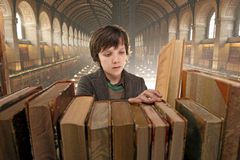