Erased, I predict, is a word that will be used to describe what happens to your memory of this cloned facsimile of a movie immediately after watching it.

Its producers, it seems, have already hit the escape button. They erased its original title, The Expatriate – apparently it did not cut it marketing-wise. Erased may do better, but the title isn't the problem – almost everything else is. Arash Amel's plot is a hodgepodge of threadbare motifs, liberally cut and pasted from every thriller you've seen.

Ex-CIA assassin Ben Logan (Aaron Eckhart) is on the run in Belgium with Amy, his quarrelsome teenage daughter (Liana Liberato). Somebody wants to kill them, just as somebody has already killed his former colleagues in a sham high-tech security company. But every time the hit squads spot Ben and Amy – in subway stairwells, morgues, parking garages, train platforms – they always miss. Ruthlessly efficient, except when it matters.

Poor Ben. He not only has to protect Amy, who's aghast to finally learn that her father is a former spy. He has to survive long enough to figure out why they are suddenly targets, then identify and deal with the bad guys' evil mastermind. The stakes rise when the villains manage to kidnap Amy. Of course, Ben has leverage – a cargo manifest of a freighter engaged in illegal arms sales, which the kidnappers need.

Amel's script is a compendium of every cliché you've ever encountered in the genre: "Why are you doing this? … Will you trust me? … I'm not going to let anything happen to you … Whatever is going on, we can protect you … It's just business … You and I are cut from the same cloth … This is who I am."

Eckhart does as much as he can with this soulless melange, but he's no Liam Neeson, star of the two recent Taken films about, what a coincidence, a single father whose daughter is kidnapped. He's not even Robert Redford, star of 1975's Three Days of the Condor, the Sydney Pollack film about a CIA agent who discovers that all of his colleagues have been murdered and now somebody's coming after him. What a coincidence.

The exotic Olga Kurylenko, as Ben's former CIA controller gone rogue, is miscast and unbelievable. Young Liberato, called upon to express the widest emotional palette, at least offers a modicum of credibility.

Stolzl directs the chase/action scenes with flair, but the film's plot lines are so confusing, its blizzard of coincidences so improbable, and its exposition so scattershot that it hardly matters.

Designed to mimic – and cash in on – the thriller vogue, Erased is an exercise in pure cynicism, aimed squarely at the post-theatrical ancillary sales markets. If you manage not to see it, trust me: You will have truly escaped.

Film Review
Omar: Palestinian thriller has a strong plot and a strong message
May 20, 2013
Film Review
The Iceman will leave you cold
May 17, 2013 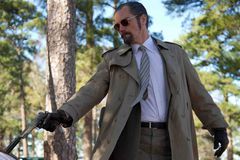 Film Review
The Good Lie: A solid film commits its very own sins of omission
May 10, 2013 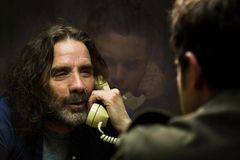