Somewhere around the middle of Fantastic Four, Reed Richards asks best friend Ben Grimm: "Does it hurt?" You have to admire a filmmaker and screenwriters who want audiences to consider the pain of a young man transformed into a walking, talking block of stone by an unfortunate accident in another dimension, but the question does rather expose the problem with turning two-dimensional comic books into walking, talking movies.

Apparently Fantastic Four doesn't want to be another dumb superhero action flick, but try as they might to turn it into a movingly realistic drama, director Josh Trank and a pair of screenwriters never succeed, creating instead a comic book movie that is bizarrely short on humour and action. What the film does have in abundance is plot: The entire thing is devoted to the back story that establishes the unusual superpowers of the four and their arch enemy Dr. Doom.

If fans of the original Marvel comic launched by Stan Lee and Jack Kirby in 1961 objected to changes in the story that were made for a more conventional movie adaptation in 2005 (never mind the buried 1994 version), they are now going to hit the roof.

Reed (Miles Teller) is a teenage geek who has invented a device that will teleport matter into another dimension; Ben (Jamie Bell) is his sidekick. At their high school science fair, they meet Dr. Franklin Storm (Reg E. Cathey) and his adopted daughter Sue (Kate Mara), who are intrigued by the project and give Reed a grant to study at their high-powered New York science foundation. There Reed discovers that the foundation was already well on its way to inventing the same device until the tempestuous Latvian inventor Victor Von Doom (Toby Kebbell) quit the project.

Storm brings back Doom and adds his own mechanically minded son Johnny (Michael B. Jordan) to the team. Soon enough the gizmo is ready and the boys – Reed brings Ben on board at the last minute – are teleporting themselves into the mysteriously mountainous world they have seen on video during their experiments.

Having mucked with the space-time continuum or radioactive force fields or something like that, they return from the other dimension horribly transformed while the difficult Doom falls down a cliff and misses the transport home. Back in this dimension, the three boys, plus an irradiated Sue, realize they have become superbeings who might prove very useful to the evil foundation boss (Tim Blake Nelson) now busy collaborating with the U.S. military.

For a film that devotes so much space and so much amusing pseudo-science to this wind-up, Fantastic Four then spends disappointingly little time letting us see these relatively realistic characters discover their new bodies and new powers. The dysfunctional family dynamics that were considered the hallmark of the comic books, and their chief source of humour, have been reduced to the occasional quip. Some of the comedy is admirably subtle – in a blink-or-you-miss-it moment, Reed reveals himself incapable of delivering a proper fist bump – but there is far too little of it. Ben (a.k.a. The Thing), a lumpy creature who is mainly seen cowering in dark corners like some prisoner at Guantanamo, should have a sharp comeback when Reed asks him whether it hurts, but the scriptwriters haven't bothered to pen poor old Rock Man a line.

Similarly, all the actors' performances are so admirably restrained – even Kebbell's brooding Doom and Nelson's gum-chewing villain of a chief bureaucrat are quiet – they actually rob the film of energy. For an action film, Fantastic Four is surprisingly limp, a characteristic one can only blame on Trank, its relatively inexperienced director.

There's a final confrontation with Doom (now transformed into the much less interesting Dr. Doom) where everyone gets to show off his or her special talent, but that climax is set in the dark and painfully underexplored other dimension, and mainly features an indiscriminate mix of flying objects and roaring storms. It's odd to leave a contemporary action movie feeling there wasn't enough sound and fury; weirder still to say, well, now that they have got all that off their chests, the sequel might actually prove worth watching.

Fantastic Four: A timeline of the heroes’ movie battles
August 6, 2015 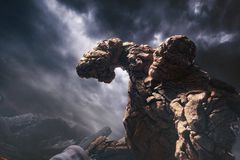 Director Peyton Reed on his challenges with taking on Ant-Man
July 16, 2015 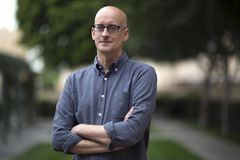 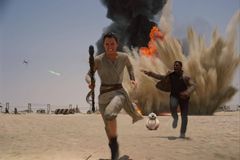 Avengers may assemble with Spider-Man, thanks to Sony-Marvel film deal
February 10, 2015 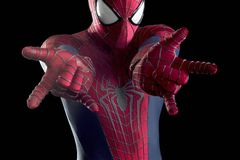