Since the success of Trainspotting in 1996, there's been on-again, off-again interest in positioning Scottish author Irvine Welsh as a lucrative screenplay generator, a sort of John Grisham for the youth-culture set.

The latest attempt, Filth, is adapted from Welsh's 1998 novel of the same name, released when the author was still a hot prospect bathed in Trainspotting's blush. Yet like other cracks at jerry-rigging Welsh's foul-mouthed, thickly accented, stream-of- consciousness prose for the screen (1998's The Acid House, 2011's Irvine Welsh's Ecstasy), Filth feels like a mawkish, embarrassing imitation; a blundering attempt to rebottle lightning.

James McAvoy – among the least interesting of contemporary actors, his drained, pancake-flat face registering his bland affectlessness – stars as Bruce Robertson, an Edinburgh detective scrambling for a promotion. His latest assignment, leading an investigation into the murder of a young Japanese student by a team of chavish hooligans, offers him the chance to rise to the occasion.

The investigation soon recedes entirely, as Filth indulges Robertson's sundry bad habits: drug and alcohol abuse, police brutality, homophobia, misogyny, autoerotic asphyxiation, obscene prank calls. A supporting cast padded out by Jamie Bell as a rookie detective, Eddie Marsan as a pudgy best friend and Jim Broadbent as a wacky psychologist who may or may not be a hallucination function only as accessories to Robertson's violence and compulsion. Call it Worse Lieutenant.

Yes, it's yet another contemptuous crooked-cop archetype. McAvoy's Robertson not only turns the other way when he spots a conspicuous street-level drug deal, he sneers at the camera. It's not only that he doesn't care, it's that he (and writer-director Jon S. Baird) want to make absolutely certain the viewer is attuned to this apathy, every sarcastic direct address a reminder that, yep, this is a Bad Man.

"It is great being Scottish. We're such a uniquely successful race," Robertson sniggers, eyeballing an overweight family gorging in slo-mo, making a big show of plugging his ears as he struts by a traditionally attired bagpiper. It may very well be the case that the world is an ugly, callous place colonized by human flesh-sacks motivated, like detective Bruce Robertson, by their own nauseating self-interest. Worse than being mean-spirited and nasty, this sort of stuff is just boring. And easy. It exists only to approve such narrowly pessimistic world views, and never to productively challenge or undermine them. It's like a pat on the head for anyone whose instinct is to flip the bird when they're having their photo taken.

Maybe there'll always be call for this sort of pubescent cynicism, in the same way there'll always be a generation of angry mall punks cycling through the same Sex Pistols and Clash shirts; a permanent underclass of teenagers getting wise to the bitter realities of the world around them. Certainly, Welsh's withering pop nihilism offers a fine boilerplate for this sort of entry-level, seething bitterness; a paint-by-numbers for baby's first misanthropic movie.

Fair enough. Such viewers hungry for a catch-all dose of Welshian sardonicism would be better served checking out Trainspotting. Better soundtrack, for one. 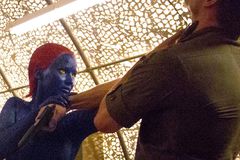 Film Review
Why Angelina Jolie’s Maleficent is magnificent
May 29, 2014 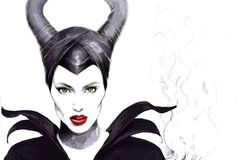 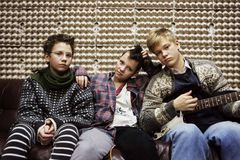 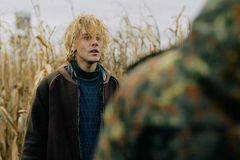 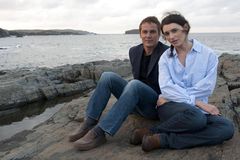 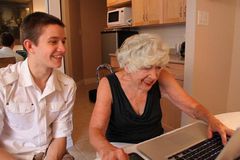