The title Foxcatcher refers to the 800-acre Pennsylvania estate owned by the wealthy du Pont family, where hunters on horseback chased foxes through the fields and packs of beagles tore the prey to bits. This is the blood sport of the privileged, which Oscar Wilde characterized as "the unspeakable in pursuit of the inedible," which is something of the spirit of Bennett Miller's superb new film.

Foxcatcher Farm is the setting of Miller's elegiac true-crime drama, only his third feature following Capote (2005) and Moneyball (2011). At the film's heart are three unforgettable performances: Channing Tatum, doing the best work of his career as the physically powerful but emotionally vulnerable Olympic wrestler, Mark Schultz; Mark Ruffalo, deeply empathetic as usual, plays his shrewd, modest older brother, Dave. And the performance that set the press abuzz at Cannes, where the film premiered last May, comes from an unrecognizable Steve Carell, as John Eleuthère du Pont, a multimillionaire heir to the Du Pont fortune. With a prosthetic nose, shaved eyebrows and a pinched vocal delivery, he suggests an anthropomorphized bird of prey, and, indeed, asks to be known as "the Eagle."

The three performances are anchored by a fiercely concentrated script from Dan Futterman (Capote) and E. Max Frye (Something Wild), which reveals the changing relationship of the three men over nine years, incrementally revealing layers of madness, privilege, repressed sexuality and eventual violence.

We see this story through the eyes of Mark Schultz (the script is indebted both to Mark Schultz's co-authored memoir, Foxcatcher, and Tim Huddleston's Wrestling with Madness). Three years after winning gold at the Los Angeles Olympics, he's living in a rundown apartment, living on instant noodles and honorariums from speaking engagements at local elementary schools. His older brother, Dave (Ruffalo), is his only real friend and coach. Everything you need to know about their relationship – the intimacy, the rivalry, the speed and violence of the sport they love – is captured in the opening scene: a prolonged practice session between the two brothers in an empty gym.

Now Dave wants to take a university coaching job in Colorado with his wife, Nancy (Sienna Miller), and their children, and Mark is at a low point. Then Mark gets a call to come visit the Philadelphia estate: A first-class plane ticket and then a helicopter ride to the estate, where a wrestling camp will be based. Du Pont is obviously an oddball whose conversation is a free-association: He calls the lack of support for athletes "the canary in the coal mine," which causes him to jump to a discussion of his love of ornithology, then back to how he wants to help America "soar again."

Mark nods along. Shortly after, he's installed in a sprawling chalet built on the property. The amenities are grand, the mood gothic. The arrangement has the the fairy-tale weirdness of Beauty and the Beast, except the beauty is a hulking wrestler and the beast an awkward, slope-shouldered weakling. Mark is given strict instructions by security staff: If, while wandering around the estate, Mark should encounter John's imperious mother (Vanessa Redgrave) he is to ignore her. Under no circumstances, unless invited, is he to enter the main house. The horse-dotted fields are lush and the woods marked with running trails, but the mood is Hitchcockian: There are echoes of the 1940 marriage-thriller Rebecca, or even Psycho here. John is entwined in a needy, antagonistic relationship with his disapproving mother. She thinks wrestling is "low;" he thinks horses are "dumb."

His goal, initially, is to help Mark prepare for the world wrestling championships and then the 1988 Seoul Olympics. By now, the wrestling camp has grown into a facility of a dozen or more wrestlers. There's a lot of horseplay between "Coach" du Pont and his team, all dressed in Team Foxcatcher sweats. There are pats of encouragement that linger awkwardly and late-night personal wrestling practices. Du Pont's unsettling vocal rhythms and mannerisms – staring off into space for a moment when he's displeased – grow increasingly unnerving. Du Pont introduces Mark to cocaine, which gives us the only scene in the movie where we're reminded of Steve Carell, the comedian. While snorting lines and flying a helicopter, he goes over a speech he has written for Mark, extolling du Pont's achievements: "Ornithologist, philatelist, philanthropist," he chants.

When Mark, predictably, begins to slip as an athlete, du Pont turns on him. Du Pont next persuades older brother Dave and his family to come stay at the Foxcatcher Farm, offering a salaried head-coaching position. But Mark is doing worse than ever. At the 1988 Olympic trials, Mark is a mess – he goes on an eating binge after blowing a match – and Dave struggles to help him, while mediating with du Pont. But by now du Pont is in another orbit, ordering a tank-sized artillery gun and carrying a handgun with him, even to the gym. But then, the Du Pont family built up one of the longest-running fortunes in American history by manufacturing gun-powder for the American Civil War. The tragedy that eventually happened at Foxcatcher Farm in January, 1996, almost seemed predestined.

The world of Foxcatcher is a deeply lonely place. The desaturated cinematography is chilly and flat. The gyms and hotel rooms are impersonal and unglamorous while the Foxcatcher house is spacious and expensive to the point of absurdity. The film offers no explanation for what happened in the storm raging in John du Pont's head, but the circumstances of the crime are familiar, a distillation of what's in front of our eyes on TV every night: The perilous wealth gap; blowhards with millions treated like media oracles; arms manufacturers spouting patriotism and athletic pride co-opted by corporate patrons. It's a dog-eat-fox world, and a terrible way to treat people or other animals.

The triumph of Foxcatcher is not in the subject but in its art. The clear-eyed compassion and moral intelligence of Miller's film brings sense to the senseless, and finds the human pulse behind the tabloid shock. It's not a movie to make you feel good, but, at moments, it reminds you what goodness is. 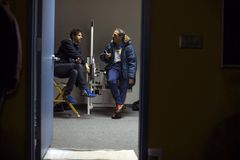 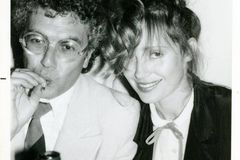 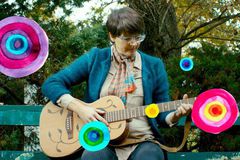 Film Review
Documentary ‘Getting to the Nutcracker’ opens in Toronto
November 28, 2014 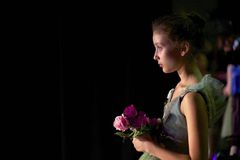