Coming from anyone else, Ginger & Rosa would be a sensitive if predictable coming-of-age tale set in the mists of the distant past. But coming from writer-director Sally Potter, it's a major surprise. An ardent experimentalist best known for the arty likes of Orlando and The Tango Lesson and Yes, Potter typically regards a conventional linear narrative about as fondly as the hen views the fox. Not here. This is by far her most accessible film – beautifully observed as always, and with a quietly gripping performance from her young star, yet a bit lumpy when the plot heats up. The melodrama doesn't quite dissolve into the porridge.

The opening frames set the theme, cutting from the mushroom cloud over Hiroshima to two pregnant women in labour: death and birth, the nuclear bomb and the nuclear family, issues global and domestic. Move ahead to London in 1962, where Ginger and Rosa, the issue of that labour, are fast friends. The former (Elle Fanning) is red-haired and constitutionally curious, the latter (Alice Englert) is a brunette on the cusp of sultry. Early on, they do what inseparable teenage girls in these misty-past yarns always do – iron their hair, wear matching turtlenecks, share cigarettes and confidences and the attention of horny boys.

Soon, though, the focus shifts to Ginger exclusively, and the rest of the film unfolds from her callow point of view. Callow yet knowing. Of the two, she's less sexually mature but much more intellectually advanced, a wannabe poet with a taste for jazz and a growing interest in the Ban the Bomb movement – yes, the Cuban Missile Crisis looms.

Potter follows her through a rather grimy city that still bears the scars of the previous war. London isn't swinging yet, although Ginger's father certainly is. Thanks to his roving eye, her parents' marriage is perpetually troubled and, now, "they're separating again." Nevertheless, Ginger has scant sympathy for her mother (Christina Hendricks) who, a lapsed painter turned depressive housewife, seems to have too much sympathy for herself. Nope, she's Daddy's girl.

Little wonder. On his handsome surface, Roland (Alessandro Nivola) is a vibrant iconoclast with a proud pedigree: conscientious objector once jailed for his beliefs, pot-stirring journalist still sensitive enough to weep at the beauty of Schumann, fervent atheist warning Ginger that "the only life is the one we have, which is why we must seize it."

All's well until Daddy invites his daughter and her best friend for a sail on his boat, whereupon Rosa flashes a come-hither smile his way and damned if he doesn't seize it. This is when Fanning really starts to shine, registering the horror on Ginger's face even while, in the name of false sophistication, trying to repress it. Unfortunately, as the illicit relationship develops, this is also where the lumpy melodrama pops up. In short order, pills are getting swallowed, pregnancies are being reported, jail cells are waiting, and, as one family disintegrates, the family of man awaits its fate – those missiles of October are poised to fly.

What holds it all together is Fanning's continuing strong work at the still centre of the film. She not only masters the British accent but, in subtle yet measured degrees, reveals Ginger's dawning awareness on both the domestic and political fronts, especially the knowledge that her father's iconoclasm is just a gussied-up version of full-blown narcissism – the guy is, for all his talents, a selfish jerk. But with knowledge comes forgiveness, and with forgiveness the beginnings of an earnest poem: "Despite the horror, and the sorrow, I love our world." Yet we can forgive her that. She's just 17, you know what I mean.

Earth mothers: Saving the environment one film at a time
March 15, 2013 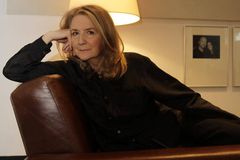 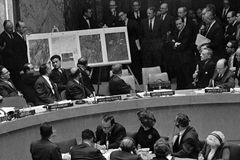 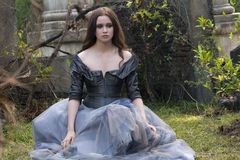