In 1971, on the eve of a U.S. nuclear test on the remote island of Amchitka, Vancouver journalist and activist Bob Hunter told an interviewer that "two different kinds of madness come together there. There's the Cold War madness and there's let's pollute, it doesn't matter, the main thing is to make a buck."

Hunter's genius was to channel the energy of the peace movement into environmental issues, thus launching Greenpeace, a small fishing boat that set sail for Alaska to bear witness to the nuclear blast – or perhaps even stop it. In the end, the U.S. government delayed the test long enough into the fall that the boat had to turn back and head for calmer waters, but the bigger Greenpeace was born.

Sympathetically but not uncritically, British documentarian Jerry Rothwell charts the dramatic rise of Greenpeace from Hunter's perspective, using the activist's sometimes florid writing for narration as well as interviewing several of his former colleagues who describe his fearlessness, determination and eventual burnout.

And then there's the remarkable footage to which Rothwell had access: Years before anyone talked about images or ideas going viral, the media-savvy Hunter recognized that every protest had to include a "mind bomb," something that would sear itself into the global consciousness. It seems that in those early years every Greenpeace work party or meeting, not to mention every protest, was captured on film.

So there's good film of Greenpeace members recruiting a scuba diver to their cause, trying on wet suits, testing out inflatable Zodiacs, setting sail for the whaling grounds off the coast of California, listening in on Russian radio communications and finally confronting a Russian whaling ship as it slaughters a whole pod. There, Hunter gets his mind bomb: an image of a mechanized harpoon flying a few feet over the heads of the protesters in their Zodiac before it strikes and kills a whale.

The whaling protests were media gold, but Greenpeace quickly got into trouble when it followed the instincts of another early member, Hunter's friend Paul Watson, who was determined to stop the Newfoundland seal hunt. Arriving in a fishing and sealing community in 1976, the Canadian activists soon discovered that you earn a lot more public sympathy exposing wicked foreign whalers than you do confronting your struggling fellow citizens in a Newfoundland outport.

The seal-hunt protests inflamed long-standing personal tensions in the original group just as its international expansion was proving impossible to manage: Separate Greenpeace branches had sprung up around the globe, but were not sending money they raised back to the cash-strapped gang in Vancouver. The radical Watson, who always wanted to take direct action (and eventually founded the Sea Shepherd marine conservation group), was forced out, while the institution-building Pat Moore (who eventually become an industry lobbyist and climate-change denier) took over from an exhausted and dispirited Hunter.

Here, the story gets murky. We are delicately told that Hunter was now dependent on Valium and alcohol as well as his ever-present cigarettes, but this is not a full biography and viewers may feel they could use more information about the man's background, beliefs and personal life. There are hints that Hunter, who died in 2005, was difficult, demanding and depressed, but we barely see that because Rothwell makes his film, as its title suggests, a primer on successful activism.

There, he gives Hunter credit for a final stroke of genius – or act of humility. In the midst of all the infighting, Hunter returned to lead Greenpeace only for the purpose of forcing Moore to relinquish control to European leadership, thus allowing the organization to finally meet its international destiny.

Whatever you think of Greenpeace's less well-considered antics over the years, How to Change the World is a compelling story of one environmentalist's remarkable combination of prescience, grit and timing. 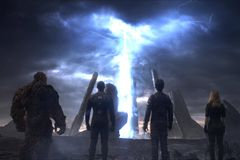 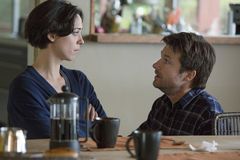 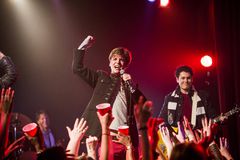